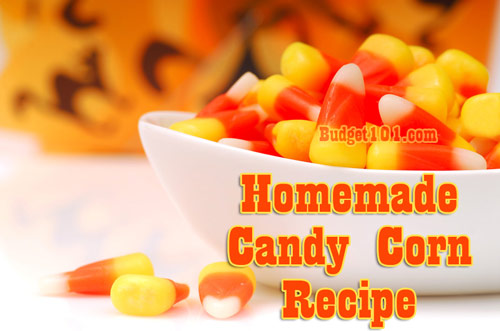 Candy Corn is a favorite fall treat and is often hard to find during other times of the year. Here’s a simple, do it yourself recipe for making your own (Flavorful!) candy corn.

What is Candy Corn?

Candy corn was originally produced by a company called Goelitz Confectionary (now known as Jelly Belly), and it wasn’t called candy corn at that time, it was actually called Chicken Feed.  It wasn’t even produced for Halloween or fall, it was seasonally produced from March to November.

The candy was a type of mellow-cream, which was made from corn syrup, and sugar that had been enhanced with marshmallow flavor. Another fun fact, candy corn is made from bottom to top. The yellow is actually the top and the white bit is actually the bottom. This fun confection was advertised for Halloween for the first time shortly after WWII.

In addition to munching on this interesting tri-color candy as it is, it makes a nice addition to snack mixes made with popcorn, mini-pretzels and nuts. If you’d like to make your own copycat Butterfinger bars, here’s a 3-ingredient recipe that uses candy corn!

How to Make Candy Corn

Add all at once to mixture in pan. Stir until cool enough to handle. Knead until stiff enough to hold its shape. Shape into triangles, or any shape desired.

If you want 3 different colors, divide the syrup mixture into evenly 3 different bowls and then add the coloring, divide the powdered sugar/salt/milk mixture evenly into the three bowls of colored hot syrup. You’ll need a helper, it can harden quickly.

A note about the ingredients, corn syrup is used in many recipes to prevent the other sugars from crystallizing, while you can substitute using homemade “corn” syrup, the texture may be slightly different. 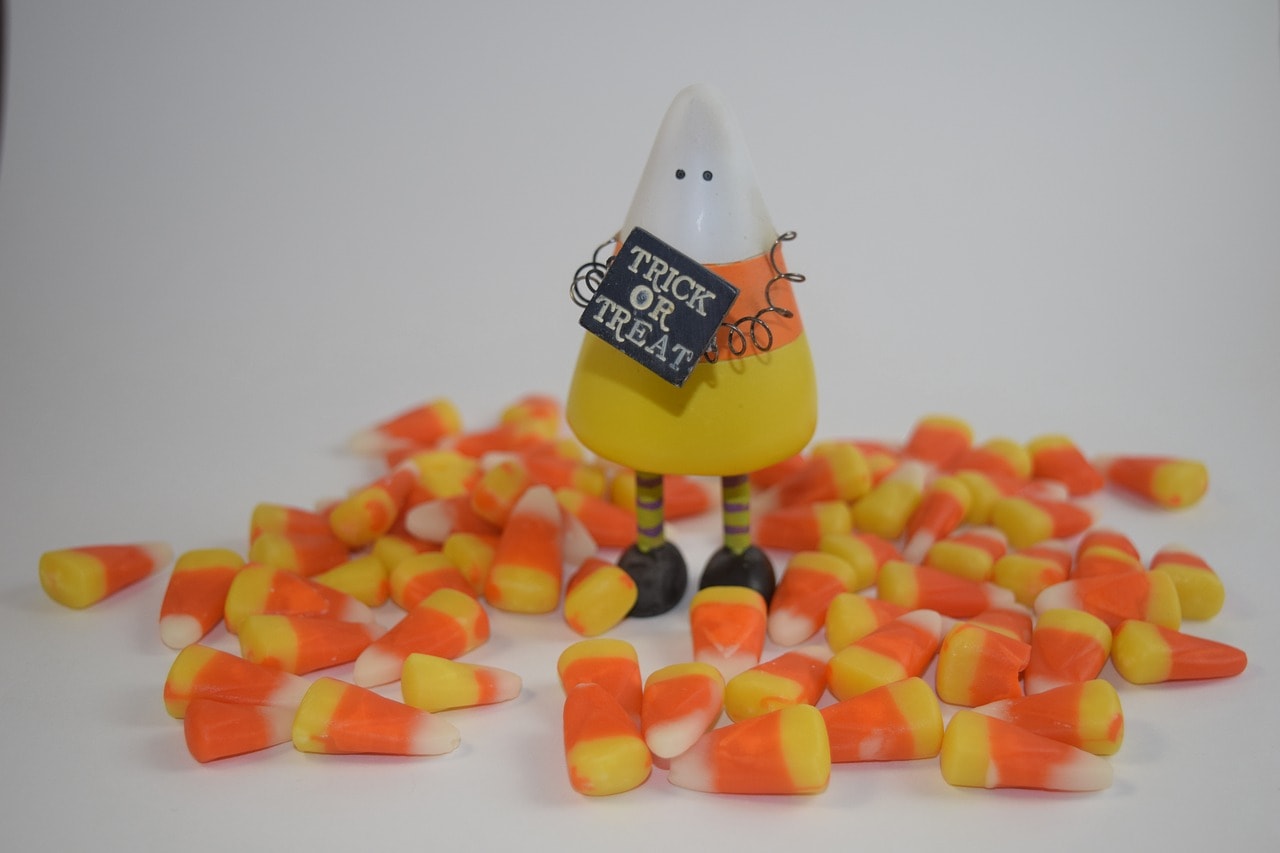