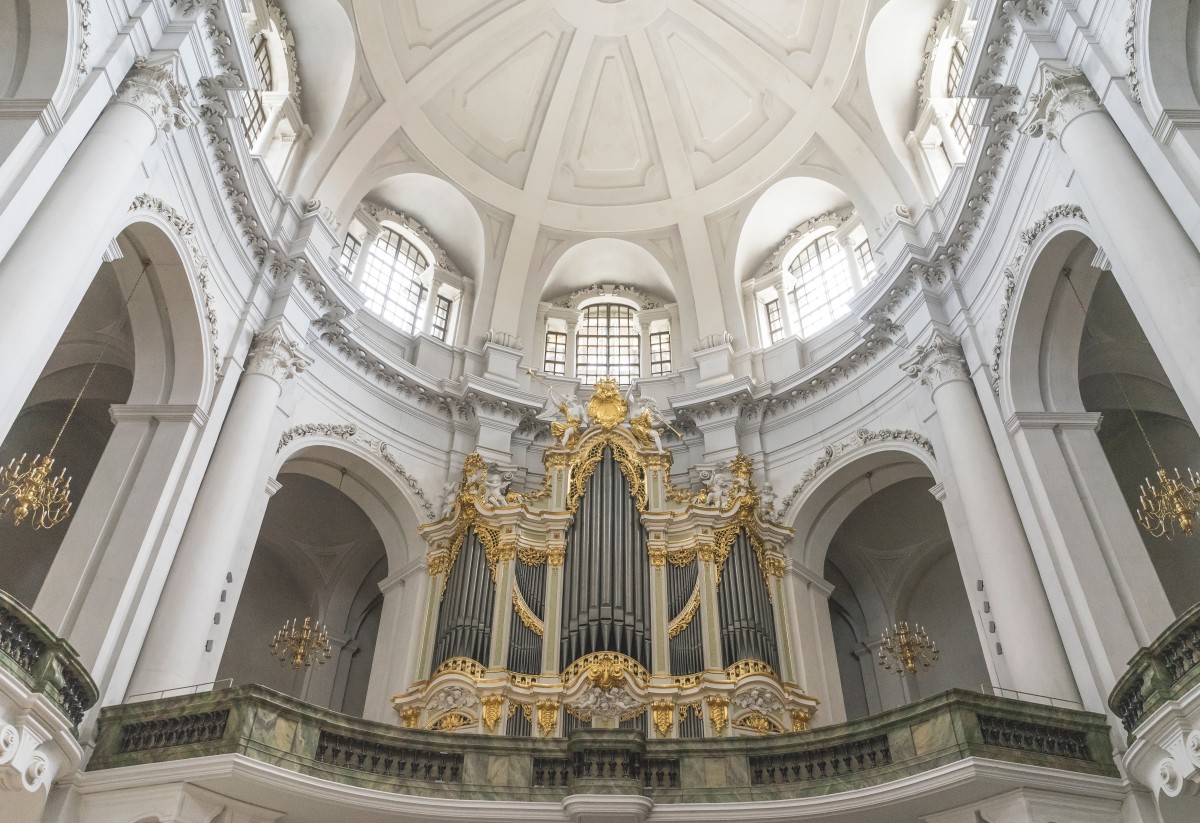 48 Hours in Dresden, Germany- What you shouldn’t miss!

Dresden. Just the mention of the name conjures images of Baroque churches, neo-gothic palaces, and Royal residences. Dresden is the Cultural Capital of Germany, with an incredibly turbulent history, grand architecture and charming neighboring towns. 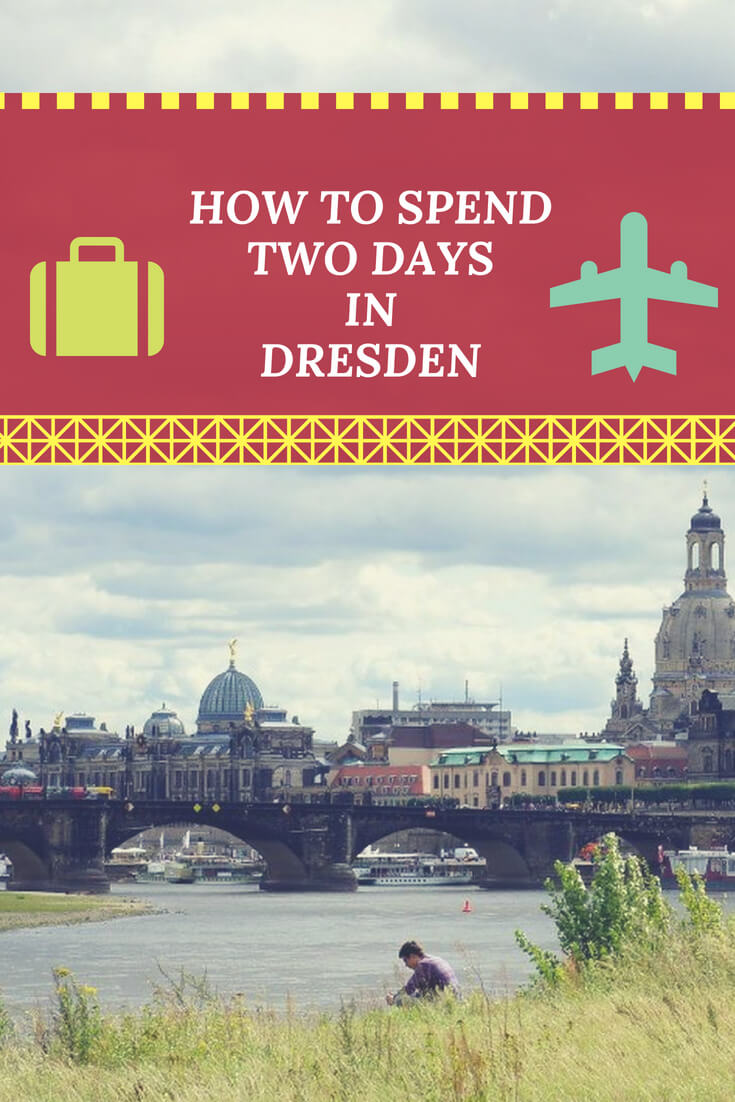 While visiting Dresden, the brutal history is palpable with its historical center was gutted and destroyed at the end of World War II. The city was has been rebuilt, and the most famous landmarks restored as they were before 1945. But what to do in Dresden in 2 days? Don’t worry; 48 hours is enough to get a glimpse of the vibrant and cultural side of Dresden.

A relatively compact Dresden’s center is home to a number of well-known attractions and museums, parks and beautiful squares. Thus, planning a trip to Dresden can be quite overwhelming. So I’m helping by sharing and pointing out my favorite sights and spots in Florence on the Elbe.

My 2-day Dresden itinerary is ideal for first-timers and those who want to see as much of the city as possible. So let’s get started!

Start your first day by visiting Frauenkirche. This church is not so tall, but it has a long and complicated history, which makes it one of the top tourist attractions in Dresden. Frauenkirche was built in 1743 and was known for having one of the largest stone domes in Europe.

Like most other buildings in the historic center of Dresden, Frauenkirche was heavily damaged and collapsed in 1945. The church remained in ruins for almost 50 years. The reconstruction started soon after the reunification of Germany and the church reopened its doors in 2005.

You won’t find a standard gloomy church interior inside. Instead, the pastel colors and numerous windows were employed to provide enough interior light. Don’t miss the opportunity to visit the rooftop observation deck that offers breathtaking views of Dresden and the Elbe river. 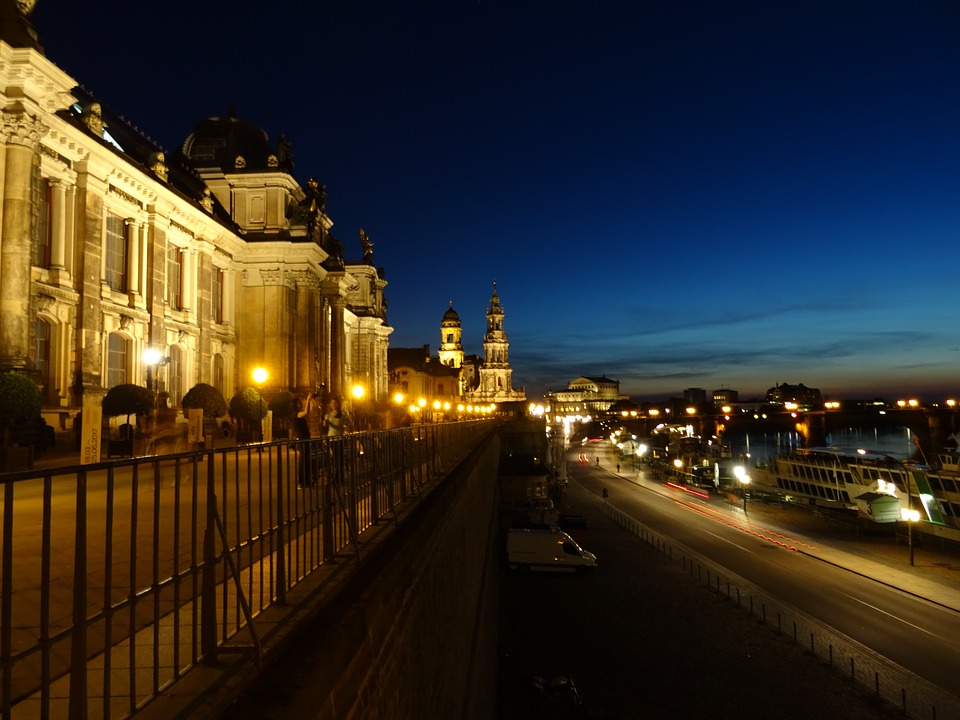 Brühl’s Terrace and the Albertinum

Just a stone’s throw away the Dresden Royal Palace you’ll find the Bruhlsche Terrace, also known as the Balcony of Europe. It is a great place to unwind after a day of sightseeing, watch people and enjoy the view of the Elbe river. After spending a couple of hours wandering through the narrow alleyways of the Brüshlsche Gardens, you can head towards the museum of Albertinum.

The museum features an extraordinary collection of paintings and sculptures from the Romantic period through to the present day. The Albertinum was slightly damaged during the war compared to nearby buildings and was quickly restored by 1953.

If you’re a music lover, Semperoper is a place you shouldn’t miss in Dresden. Located next to a charming square where most of the organized city tours begin, Semperoper is one of my favorite buildings in the city. Saxon State Opera of Dresden was built in 1841 by the German architect Gottfried Semper but was demolished twice, in the 1869 and 1945.

Exactly 40 years later when the extensive reconstruction was over in 1985, Semperoper reopened with the same opera that was performed before the Allied bombing. Aside from seeing a performance, you can also visit the Sächsische Staatsoper on a 45-minute guided tour that is available for both German and English speaking visitors.

No trip to Dresden is complete without a visit to the Zwinger Palace. A fine example of German Baroque architecture was constructed in several stages between 1732 and 1855 by two most famous architects – Matthäus Daniel Pöppelmann and Gottfried Semper.

Originally, the Zwinger had only three wings with the Inner Court opened up towards the Elbe river. It was before 1855 when the Semper Building was added to it. Zwinger used to be a festival arena of the Dresden Court, but today it serves as a museum complex. With first-class museums, like the Royal Cabinet of Mathematical and Physical Instruments, Old Masters Gallery and the Zoological Museum, it only costs 10 EUR to visit them, while the Inner Court can be visited free of charge.

Fürstenzug (The Procession of Princes)

I didn’t mention this valuable site in Dresden on my first day because I firmly believe it requires some considerable amount of time to recognize and appreciate the mural. You will definitely walk by it dozens of times while exploring the Altstadt and strolling the narrow Auguststrasse. But make sure to spend at least 30 minutes here enjoying the largest porcelain artwork in the world, depicting a parade of Saxonian princes.

This 101-meter long porcelain portrait features also dukes and kings of the Wettin dynasty with each ruler’s name inscribed below the image. With over 24,000 mosaic tiles that miraculously survived the catastrophic bombing in 1945, it originally took five years to paint it and 3 years to make them waterproof.

Located on the northern bank of the Elbe river, Albrechtsberg Castle is, in fact, the first of three Palaces that are built on an elevated river bank. Because of this fact, the park and the area around the Castle offer breathtaking views of the river and Dresden.

The terraced garden goes right down to the river and is structured into different landscape areas that are linked by curved paths. Castle Albrechtsberg was built for the Prussian prince Albrecht and now is part of the World Heritage Site ”Dresden Elbe Valley“. If you’re planning your trip from Dresden consider following the path along the river, so you could actually walk or bike all the way to Albrechtsberg.

Comprised of five small courtyards, Kunsthofpassage is probably one of the best hidden gems in Dresden. While it is not the easiest place to find, you should exactly know where it is. Hidden behind Görlitzer Straße 25 in Dresden’s Neustadt, each courtyard has a surprising mix of artworks and its own charm.

The Courtyard of the Elements is definitely the most instagrammable courtyard. Designed by sculptor Annette Paul, you can find the entire facade covered with funnels and gutters. But the real magic happens when it starts to rain so that the rain gutter turns into an unusual musical instrument.

Visiting this museum isn’t just about learning how to wash your hands the right way. Founded in 1912 near the Lingnerplatz to promote health education and healthy living, the German Hygiene Museum is more interesting than you’d expect from its name. Medicine and medical practices are the two interesting topics in the museum, so you can find plenty of information on living and dying, sexuality, mentality, psychology and much more. The museum is interactive and visitors both young and old are welcome to test their thoughts and feelings. 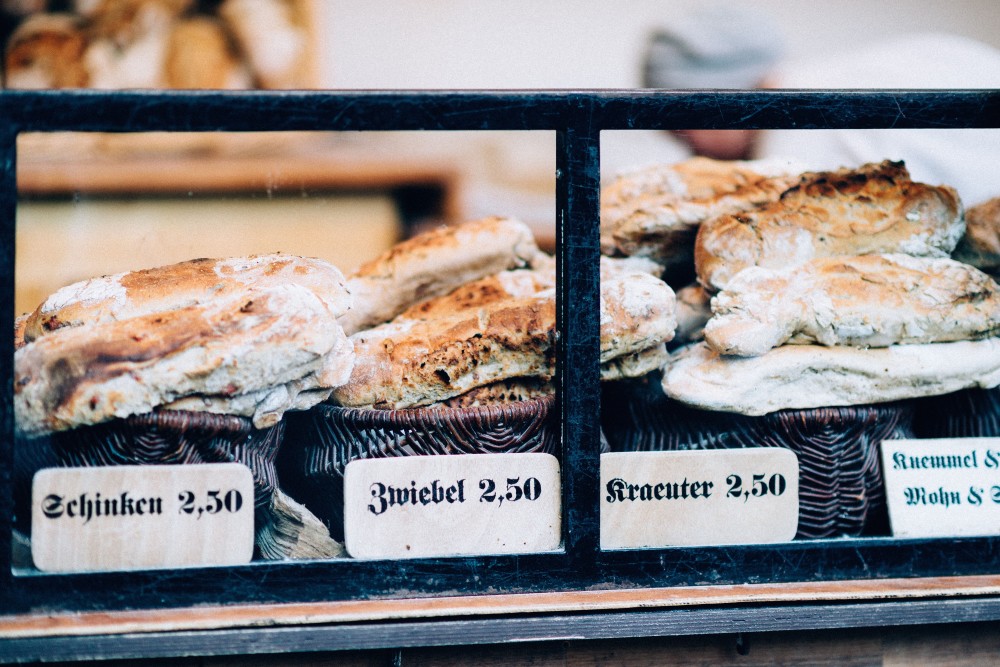 These were my tips on how to spend 2 days in Dresden. You may extend your trip for as long as you prefer or until you get to see all historical sites that interest you. Take time to visit the local restaurants and sample the best dishes of Saxon cuisine. Happy travels!