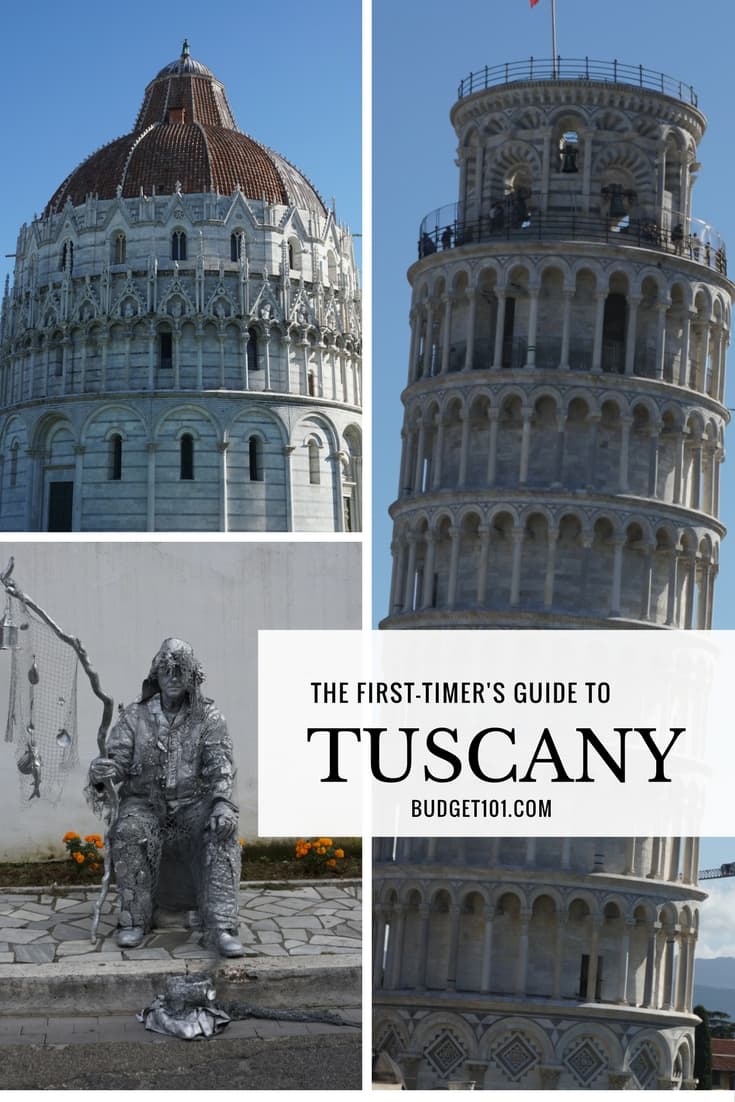 The First Timer’s Guide to TuscanyFlorence is the capital city of the Tuscany region of Italy and is about forty miles from the northeast coast. The metropolitan area has a population of around seven hundred thousand. The climate is Mediterranean with hot, dry summers, and cool, damp winters.

It is accessible by air through Pisa, Bologna, Rome, or Milan and then by train. There is an extensive bus system within the city. The city center is closed to traffic except buses and taxis without a permit. There is a tram system under construction to relieve further congestion and pollution. Tourism is the main industry in Florence.

Being known as the cradle of the Renaissance, Florence is full of history and ancient architecture. The cathedral, Santa Maria del Flore, also called The Duomo is the centerpiece of this architecture. The dome and bell tower are open to tourists and give fantastic views of the city.

The dome is the largest brick and mortar dome in the world. The city has many beautiful plazas, the grandest of which is the Piazza della Signoria. The famous Fountain of Neptune can be found in this square in the heart of the city. Another famous architectural site in Florence is the Old Bridge, or Ponte Vecchio, which has many shops along its edge supported by stilts. Another church worth a visit is the church of San Lorenzo, where the Medici Chapel is located.

For the art lover, there is almost too much to see and do. The artists and sculptors who have called Florence home sound like a who’s who of Italian artists, including Leonardo da Vinci, Michelangelo, Botticelli, and more. There are several galleries where some of their works can be viewed including the Uffizi and the Palatino gallery.
In addition, many of the sculptures from the period can be viewed at Bargello Tower, many of the chapels and churches, and the museum of San Marco.

Food is as important in Florence as in most Italian cities, but here the cuisine is based more on peasant food than the more upscale cuisine of Milan or Naples. Simple dishes of meat, bread, and antipasti grace most tables in Florence. One of the most famous dishes in the area is a 40 oz. T-bone grilled and served very rare.

One of the largest handicrafts fairs in Italy is held in Florence in the spring, which hosts crafts, art, and of course food and is held in the Fortezza da Basso. A Festival of Creativity is hosted in October in Florence and is dedicated to communication in all its formats, science, art, and creativity. Finally, the Intercity Festival each year links Florence to another great city celebrating differences and likenesses. Past cities celebrated have been New York, Moscow, and London. The 2009 festival celebrates Amsterdam and is held in the fall.

For a vibrant, historic city full of history and art, there are few destinations which rival Florence, Italy.