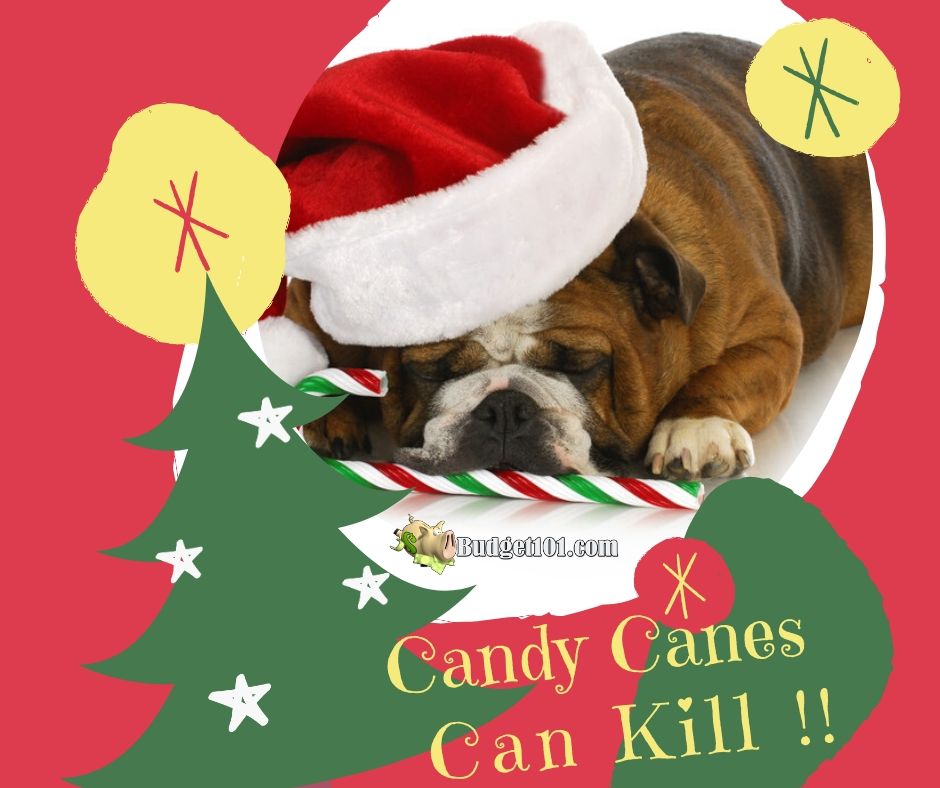 Did you know that candy canes really can kill your pet?  I wish it were a myth, but unfortunately, something as seemingly harmless as holiday candy cane can take your beloved pet from you. It is estimated that more than 6,700 pets die each year from accidental poisoning from this one ingredient. Here’s what you need to know this holiday season…

There is an artificial sweetener that is added to a large number of products, not just food items, that can have a devastating effect on your dog if consumed.

This holiday season, as people are coming and going from your home, please be aware that while you may not have any of these products in your house, your guests may!  The accidental drop of a candy cane or lollipop on the floor by an innocent child could lead to the death of your beloved pet. That product is called Xylitol and there is NO safe level of consumption of xylitol for a dog or ferret.

Xylitol is sweetener found in well over 700+ products including candy canes, candies, gum, toothpaste, peanut butter and so much more. While it has been ruled as perfectly safe for human consumption, it’s an extremely strong insulin release stimulator in dogs.

Mild hypoglycemia symptoms can show up as weakness and lack of coordination. These symptoms can appear in as little as 10 minutes following consumption or as late as up to 16 hours.

Xylitol and Dogs, A Deadly Combination

Unfortunately, cases of Xylitol ingestion and poisoning in pets is on the increase as more and more products are being manufactured with artificial sweetener. Last year alone, the average number of calls to the ASPCA for Xylitol poisoning was 18 per DAY! That number doesn’t include calls to the Pet Poison Helpline, or direct calls to veterinarians either.

Xylitol — The Sugar-Free Sweetener That's Toxic to Your Dog

If you suspect your dog ingested candy or gum containing Xylitol, immediately head to your veterinarian or emergency vet clinic. Symptoms can include:

What will happen at the Vet?

If your pet ingests any amount of Xylitol, they will very likely require hospitalization where his or her blood sugar will be closely monitored for 12-24 hours, they will receive the administration of dextrose, iv fluids, liver protectants, and any additional supportive care that may be necessary depending on the amount consumed.

Your dog will most likely need critical care. It is imperative that you share ALL of the symptoms your pet is experiencing as well as what item he or she consumed so they can pinpoint exactly how much Xylitol was eaten.

Prevention is the Best Cure

They say “An ounce of prevention is worth a pound of cure”. If your friends and family interact with your pets be sure to ask them if they have any sugar-free or low-sugar products with them. Ensure they don’t share any baked treats with your dog and keep guest room doors closed if your pet is prone to snooping.

3 thoughts on “Did you know? Candy Canes Kill Your Dog”