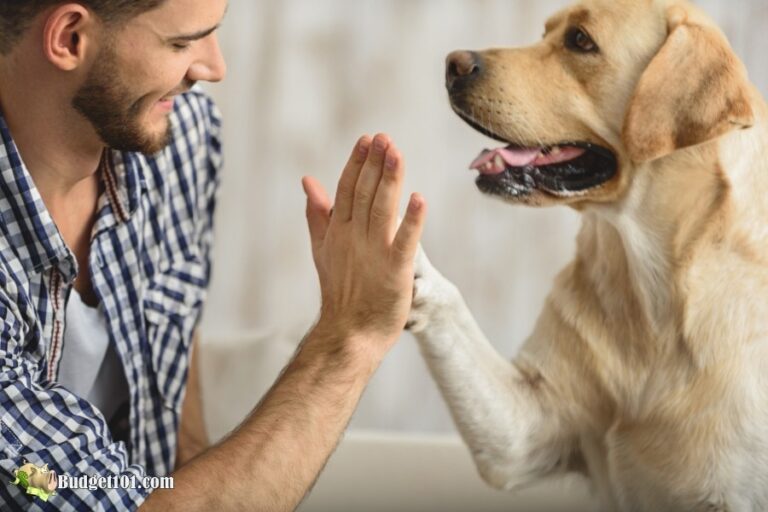 Dogs are notorious for getting into sticky situations, but if your furbaby has recently encountered tree sap (aka pine pitch), you might be wondering just how to get sap off a dog without causing further distress.

How to get Sap off a Dog

Tree sap can get embedded on a dog in its fur or paws, causing them discomfort when they walk and often leaving a sticky residue that is easily tracked throughout the home.

To painlessly remove sap from fur, you must first soften it using a hairdryer set on low. Once the sap has softened, loosen it by applying a small amount of olive oil, coconut oil, or mineral oil. Work the oil into the affected area, then gently remove the sap from the fur using a wide-toothed comb.

Oil works the best to get sap out of dog hair, but if you don’t have access to oil, butter, or peanut butter are also highly effective. Once all of the sap has been removed, give the dog a warm bath using a mild pet shampoo to remove any remaining residue of oil or butter from his fur. 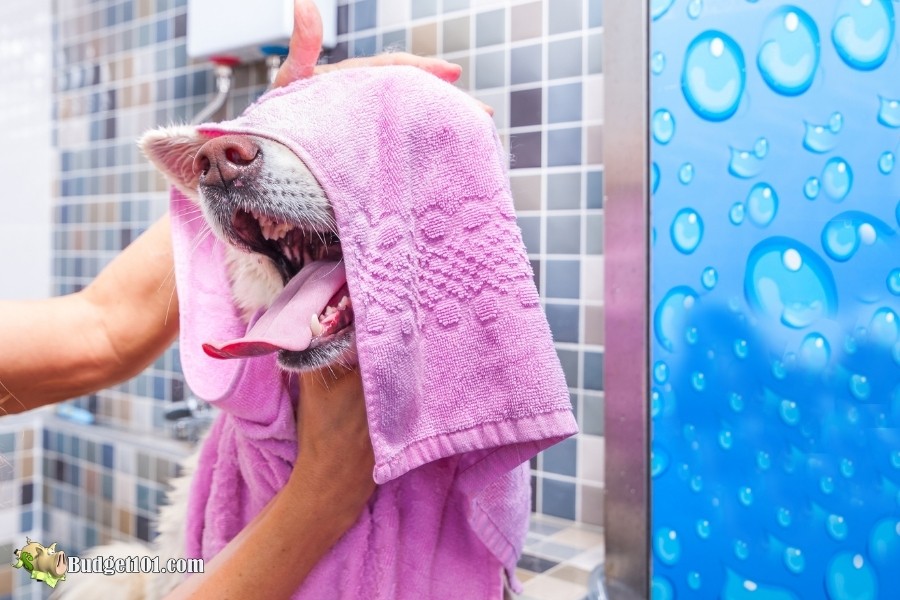 How to get Sap off Dog Paws

Pitch can easily get embedded between the pads of a pets paws. If left to their own devices, your pet may chew or lick the area incessantly, trying to remove it themselves. This often results in rawness, as was the case with our girl, Luna.

Unbeknowngst to us, she stepped in sap while we were hiking and it dried between her paw pads. I heard her licking her feet in the middle of the night and when I flipped on the light, this is what I saw. Her foot was so raw from chewing to get the sap off. 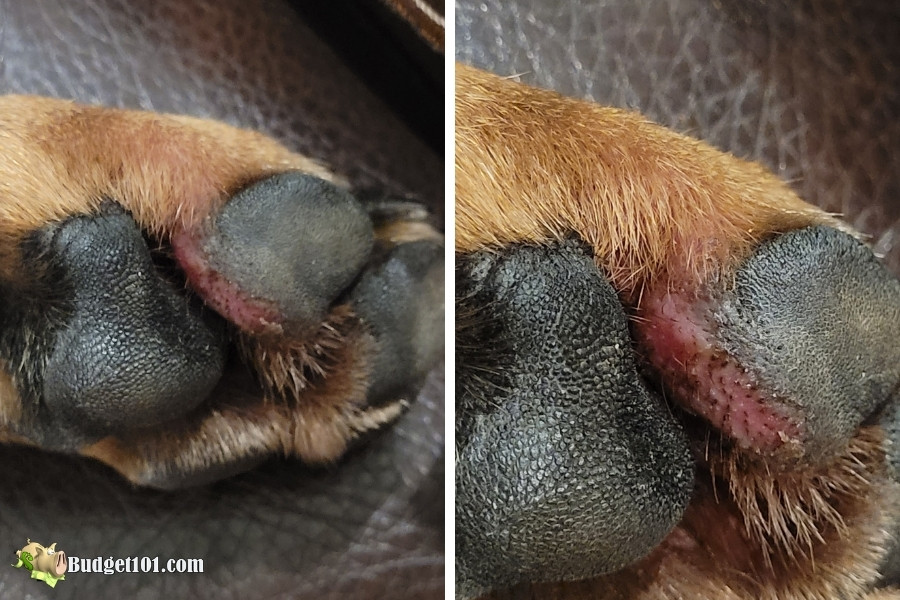 Dogs are often sensitive about having their feet and paw pads touched, so before attempting to remove sap or pine pitch from your pet’s paws, ensure that he or she is relaxed. Take a moment or two to pet and soothe your dog before beginning. 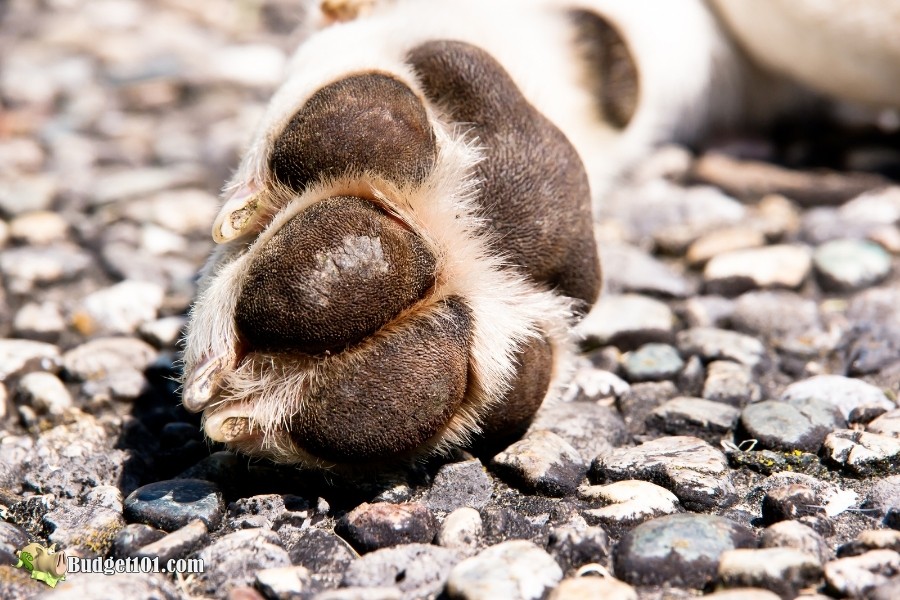 To easily remove sap from paws, apply a small amount of coconut oil, olive oil, mineral oil or peanut butter to the affected paws, massaging it in gently. The sap will start to loosen and ball up. Use a paper towel to gently pull the loosened sap from the paw. Dispose of the paper towel.

If you’re removing the sap from your pet while it’s in the bathtub, be aware that it is inadvisable to rinse the sticky sap down the drain as it can cause plumbing issues.

An unexpected benefit of using coconut oil to remove sap from your pets paws is that is has a moisturizing effect on the paw pads. The coconut oil acts as a protective balm, creating an effective barrier between the dog’s paws, and any likely irritants. 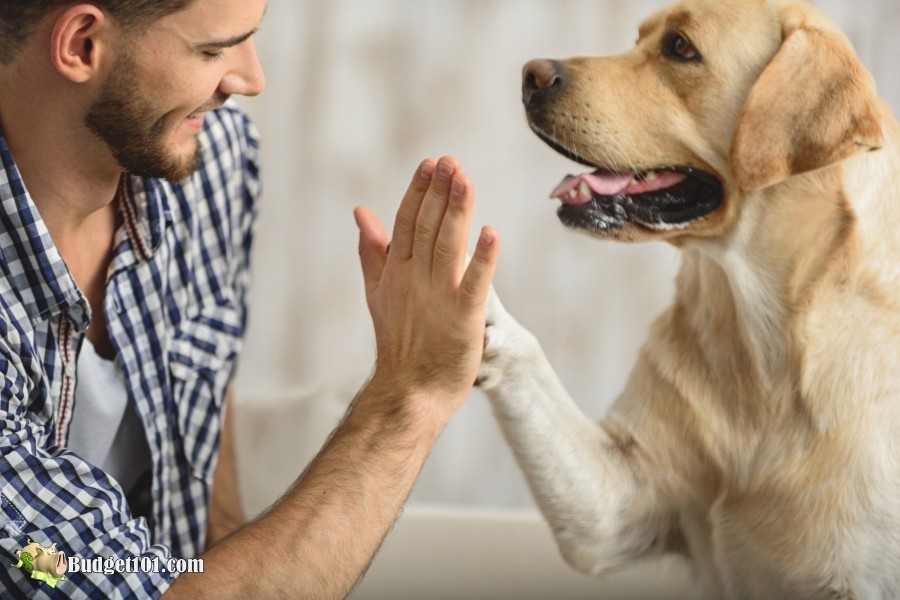 Vinegar is a solvent, so it is effective in breaking down sap, making it easier to remove. However, vinegar is highly acidic, so it should only be used to remove sap from objects, rather than from skin or pets.

How did my dog get covered in Sap to begin with?

Various types of trees leak sap naturally, such as pines, maple, willow, and oak. Dogs are susceptible to getting the sap on their fur when they play outdoors (or even if they brush up against a Christmas tree in the house!), play in piles of leaves, or walking through wooded areas.

Dogs can get tree sap embedded in their paws from sap oozing out of tree roots, or droplets of sap in the grass. 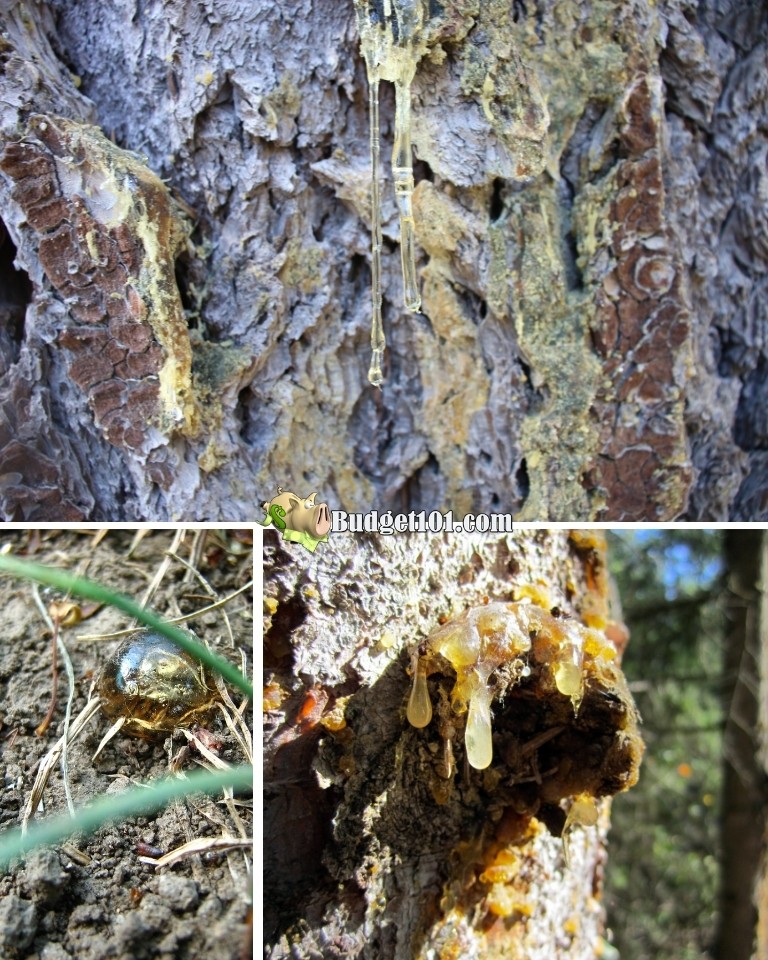 Is Pine Sap Poisonous to Dogs?

According to the American Society for the Prevention of Cruelty to Animals (ASPCA), pine sap is a mild irritant to dogs. If a significant amount of sap is ingested, the dog may be subject to “gastrointestinal irritation and minor nervous system depression”.  Therefor, if you pet has sap on its fur or feet, it is advisable to remove it before they attempt to clean it off themselves.

Love this easy tutorial for removing sap from a dog? Pin it! 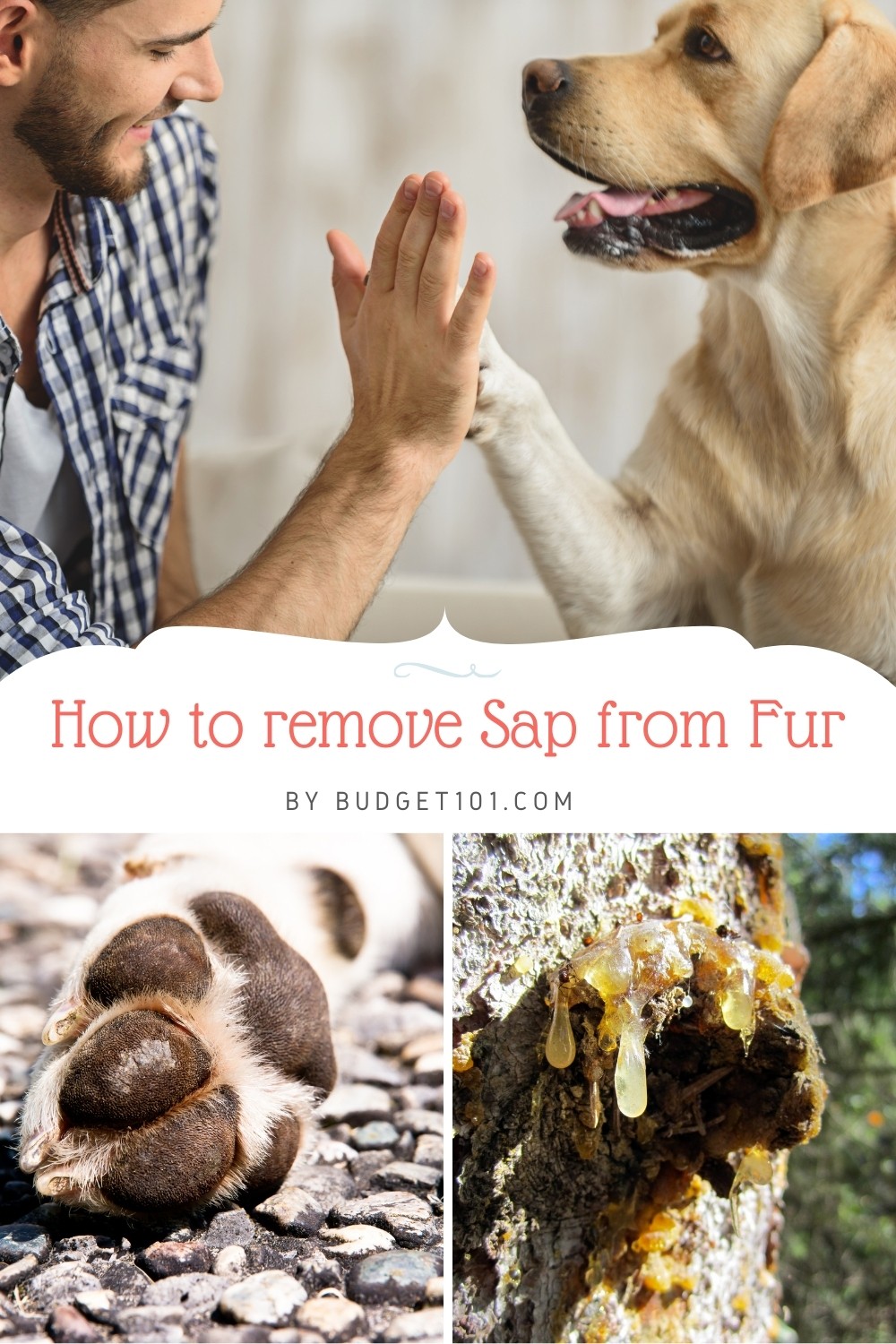