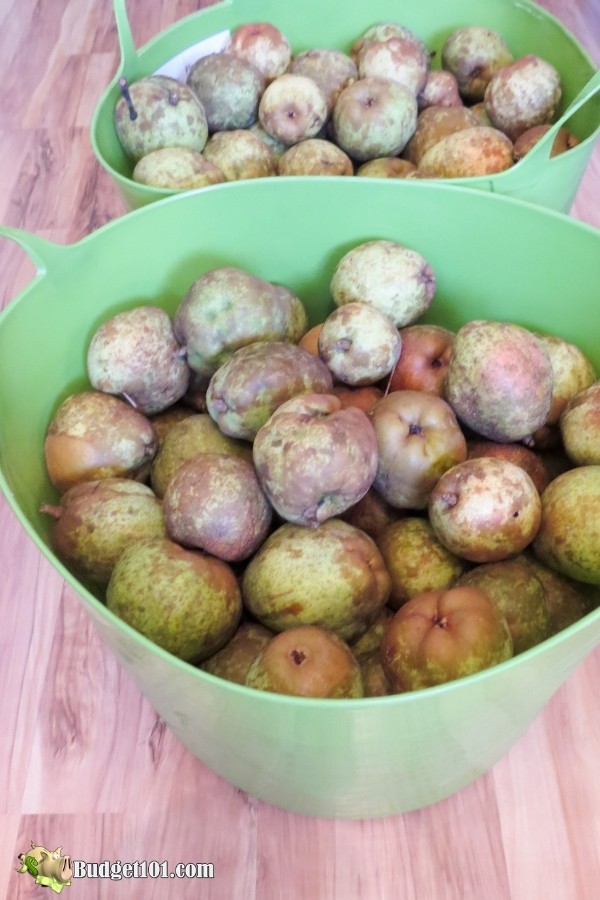 Out of the blue a friend that I hadn’t seen in ages called me and asked if I’d like to go pick pears. She knew of a tree that was loaded with fruit and the owner was beyond sick and tired of them dropping on her lawn, attracting hoards of ants and bees. 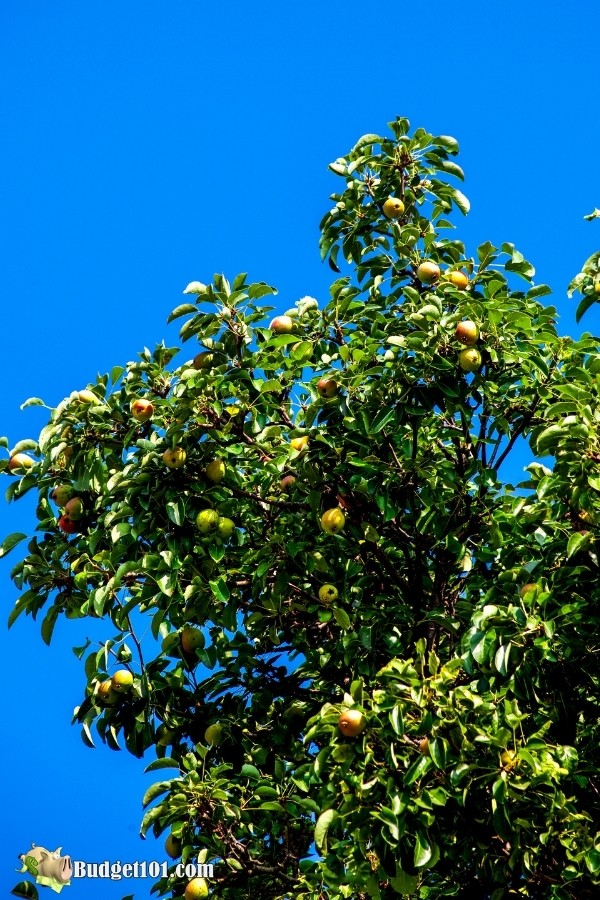 The only stipulation, I had to take them ALL. Mmmm.. kay. I’ve picked pears before, tender little Bartlett pears that you shouldn’t bruise and have to handle gently. I was all in…. until I saw the 50′ tall tree loaded with monstrous fruit.

These monsters aren’t your cute little Bartlett pear, these puppies are more like softballs with a texture of a crisp fall apple. I’d never encountered this kind of pear before and quite frankly, I wasn’t quite sure how to go about picking them off a 50′ high tree, but as mother used to say, where there’s a will, there’s a way.

When to Pick Pears

Pears are generally picked when they’re not quite ripe and then allowed to finish ripening on their own. If you make the mistake of picking “ripe” pears off the tree, they’ll be mushy and the fruit will have a very fibrous texture.

Pears are usually reading for picking from Mid-August through September, depending on your location. The pears we have near us are wild pears, Pyrus pyraster. The tree can reach over 60 feet tall, which can make picking the fruit a bit dangerous. Imagine climbing a ladder and hoping for the best!

I didn’t believe her when she told us how she picks pears here in the south. Laughing, she demonstrated for us, and then we jumped right in. Here’s our new favorite way to quickly pick all the pears on a tree. . .

I’ve discovered a couple things this weekend… you can make pear butter which is considerably close to applesauce in both taste and texture, but it requires a dab of a secret ingredient to make it just right. Did you know that pears develop a slight “gritty” texture to the flesh?

This is perfectly normal and is caused by stone cells (aka Sclereids) which is the same material that is found in cherry pits or walnut shells. Pears that you buy in the store contain them as well, however, they’ve been bred and cross bred to produce far fewer of these natural sclereids.

Scientifically speaking, pear sclereids are oddly shaped sclerenchyma cells with thickened, lignified cellular walls that form little bundles of tough tissue. They often form when a tree is stressed, from lack of water, when the fruit is left on the tree too long.

If you happen to have your own pear tree at home, you can pick the pears when they are JUST starting to ripen. Then finish ripening them in a paper bag in order to prevent the gritty Sclereids.

It also helps to water the tree regularly while the tree is bearing fruit.

Picking pears with a basketball works great, if the pears aren’t soft. However, if the fruit is soft and bruises easily, we recommend that you pick by hand. Here’s a handy DIY Fruit Picker tool that you can make by repurposing a soda pop bottle.

If you have a handful of fresh, tender pears, give this delightful baked stuffed pear pastry recipe a chance. 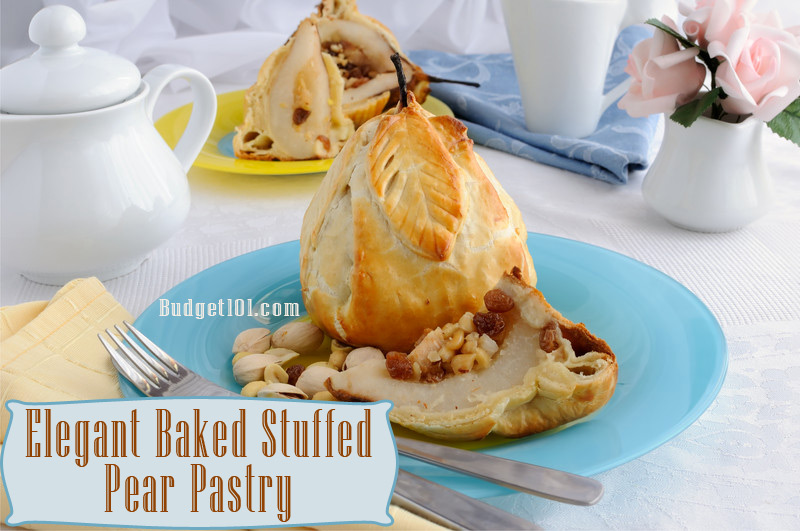