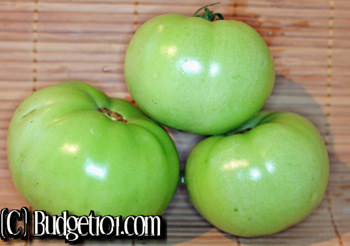 Growing your own veggies in the garden in great, but waiting those last few days for them to fully ripen can be aggravating! Here is a simple tip for hastening the process in half the time so you can enjoy those fresh garden grown tomatoes now, rather than later!

To ripen tomatoes rapidly, place the unripe tomatoes in a glass bowl with an apple (or 2) and cover the entire bowl with plastic wrap. The natural gas released from the apple will hasten the ripening process in literally half the amount of time! 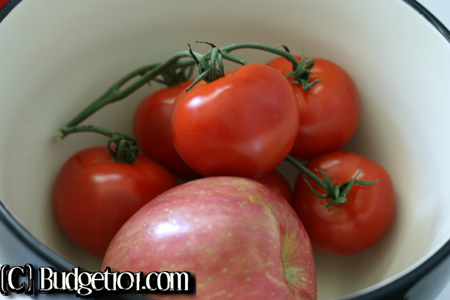 Of Course, if you have tons of Green Tomatoes- you could always Make Mock Raspberry or Blackberry Jam with them!