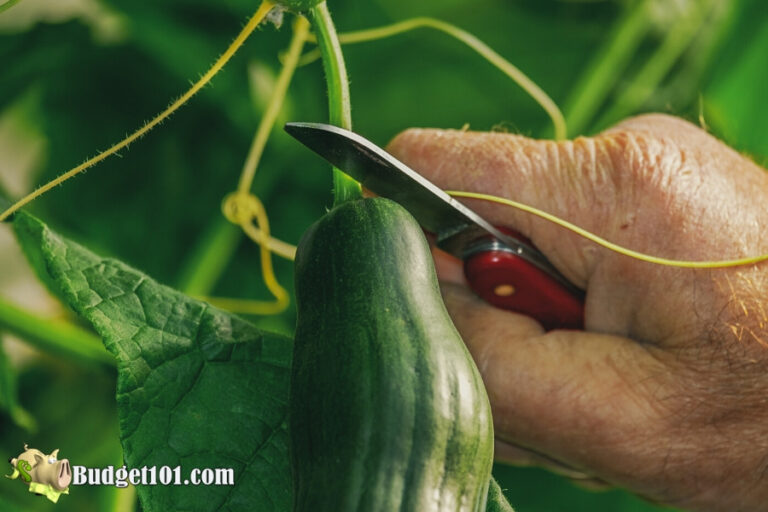 Ever bought a cucumber and added it to your salad only to discover that it was rather bitter? Did you know that you can prevent this from happening? Read on to discover the simple kitchen hack bitter cucumber cure that actually works.

This cure is a relatively common practice to apply in the New England area of the United States. However, it’s considerably less common in other regions. In fact, I’d go so far as to say most people have never heard of such a thing. 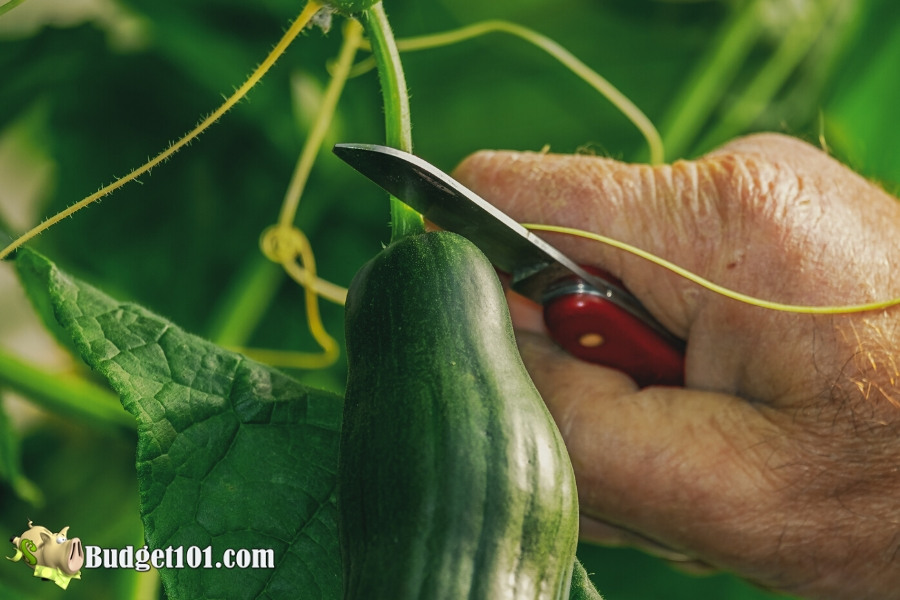 Unbeknownst to many folks, cucumbers contain two compounds, Cucurbitacin B and cucurbitacin C, which produce a substantially bitter taste in cucumbers. The higher the level of these compounds, the more bitter the cucumber.

Luckily, if you’re growing cucumbers in your own garden there are a couple of helpful tricks you can employ to create sweeter cucumbers naturally.

How to Remove Bitterness from Cucumbers 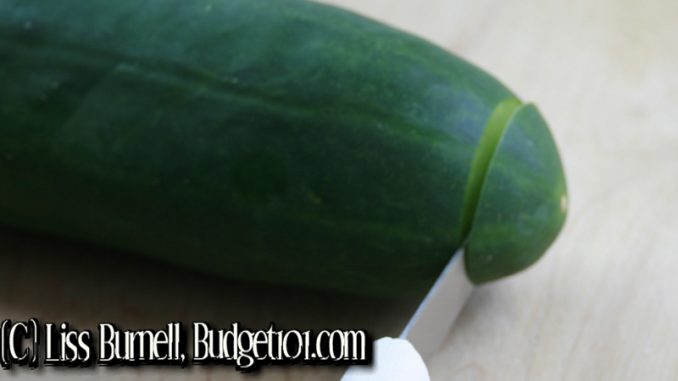 The bitter compounds tend to lie close to the ends of the cucumber. Just slice the end off of the cucumber (approximately 2 cm thick), then rub the sliced end in a circular motion. 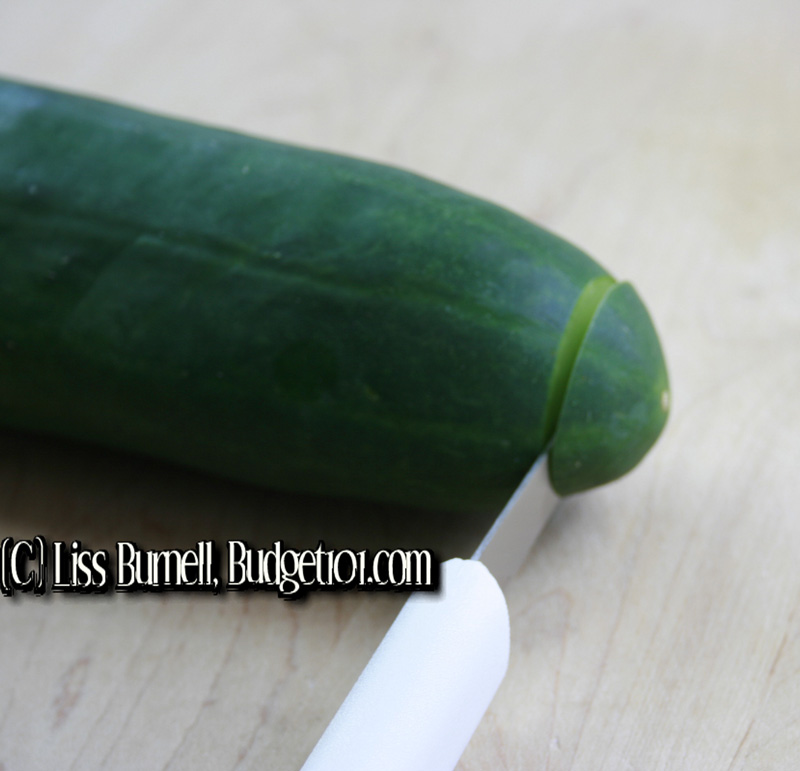 The theory on this is that the bitterness is drawn out into the very ends – you can test this theory by tasting the end piece vs. a slice from the remedied cucumber! Tasting is believing!

Peel, prepare and eat as you desire.

2. The next time you feel tired in the afternoon, put down the caffeinated soda and pick up a cucumber. Cucumbers are a good source of B vitamins and carbohydrate that will give you an energy boost lasting for many hours.

3. If your bathroom mirror fogs up after a shower, you may wish to rub a cucumber slice along the mirror. This will eliminate the fog and provide a soothing, spa-like scent.

4. Are grubs and slugs eating away at your planting beds? Place a few slices of fresh cucumber in a small disposable pie plate, and your garden will remain pest-free throughout the season. The chemicals in the cucumber combine with the aluminum to produce a scent that is indiscernible to humans but drives garden pests mad and causes them to flee the area.

5. Are you in search of a quick and easy method to eliminate cellulite before going out or to the pool? If you rub a slice of cucumber over your problem area for a few minutes, the phytochemicals in the cucumber will cause the collagen in your skin to tighten, reducing the appearance of cellulite. It is effective on wrinkles as well!

6. Want to avoid a hangover or terrible headache? Before going to bed, consume a few cucumber slices to awaken feeling refreshed and headache-free. Cucumbers contain enough sugar, B vitamins, and electrolytes to replenish the body’s essential nutrients which ensures that the body remains in balance, avoiding both a hangover and headache!!

7. Need something to curb your afternoon or evening snacking? As far back as the early days of European exploration, cucumbers were often used by European trappers, traders, and explorers for quick meals to thwart starvation.

8. Do you have an important meeting or an interview coming up, but not enough time to polish your shoes? Freshly cut cucumbers can be rubbed over the shoe for an instant and durable shine, which not only looks great but also repels water.

9. Are you out of WD-40 and need a solution for a squeaky hinge? Take a slice of cucumber and rub it along the problematic hinge, and voila! The squeak will disappear.

10. You need a massage, facial, or visit to the spa, but you don’t have time? If you slice an entire cucumber and place it in a pot of boiling water, the chemicals and nutrients from the cucumber will react with the steam and be released, providing a relaxing aroma that has been shown to reduce stress. This is exceptionally helpful for new mothers as well as college students during final exams.

11. Have you just finished lunch and realized you don’t have gum or mints? Press a slice of cucumber against the roof of your mouth with your tongue for 30 seconds to eliminate bad breath. The phytochemicals in the cucumber will kill the bacteria in the mouth that cause bad breath.

12. Are you looking for a more environmentally friendly way of cleaning your taps, sinks, or stainless steel? You can use a cucumber slice to clean the surface you wish to clean, this will not only eliminate years of tarnish and restore the shine, but will also prevent streaks and will not damage your fingers or fingernails while you clean.

13. Did you make a mistake while using a pen? Try using the cucumber’s outside to erase pen writing, also great for crayons and markers that the kids have used on the wall!