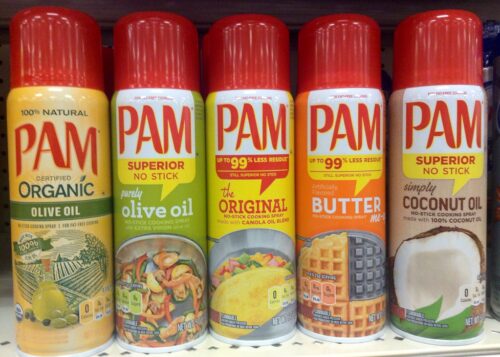 Store bought non-stick vegetable sprays can contain polymers, dimethyl silicone which is an anti-foaming agent and a propellant such as butane or propane. One major drawback of the store bought version is the price, (and that’s if you don’t mind ingesting the additional chemicals!). Worse, recently there has been an onslaught of cases of cans exploding when during use leaving victims badly burned.

Here’s a simple Do it yourself recipe to replace those expensive, potentially dangerous non-stick sprays.