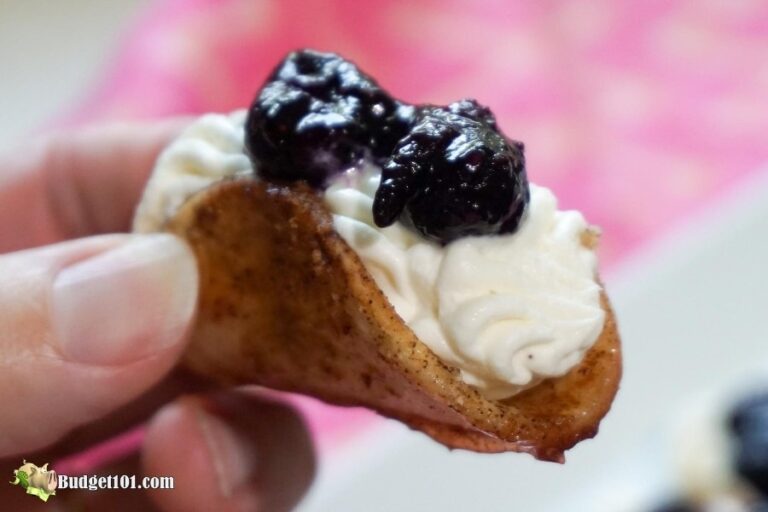 Keto desserts often fall flat when it comes to taste, but these Keto cheesecake taco bites with blueberry, cherry, strawberry or apple toppings are so perfect, even my non-keto following spouse had NO IDEA they were ketofied!

How to Make Cheesecake Taco Bites

I created the keto version of these cheesecake taco bites after seeing a mini strawberry cheesecake taco recipe online. They looked utterly delectable and I instantly craved one. Thus, the Ketofied version was born!

There are three parts to this recipe, the base- which consists of a crunchy cinnamon taco-like shell. Next comes the sweet, creamy cheesecake filling. Finally, this toothsome delight is topped off with a bit of berry, cherry, or cinnamon apple topping; dependent, of course, on your personal taste preferences.

I discovered that my new WinnPrime air fryer is absolutely perfect for creating crispy keto taco shells, with far less mess than the oven method.

Cut 5 rounds out of each tortilla shell with a cookie cutter to get about 20 shells in all. Since we’re making keto shells, we’re opting to use a low carb tortilla. 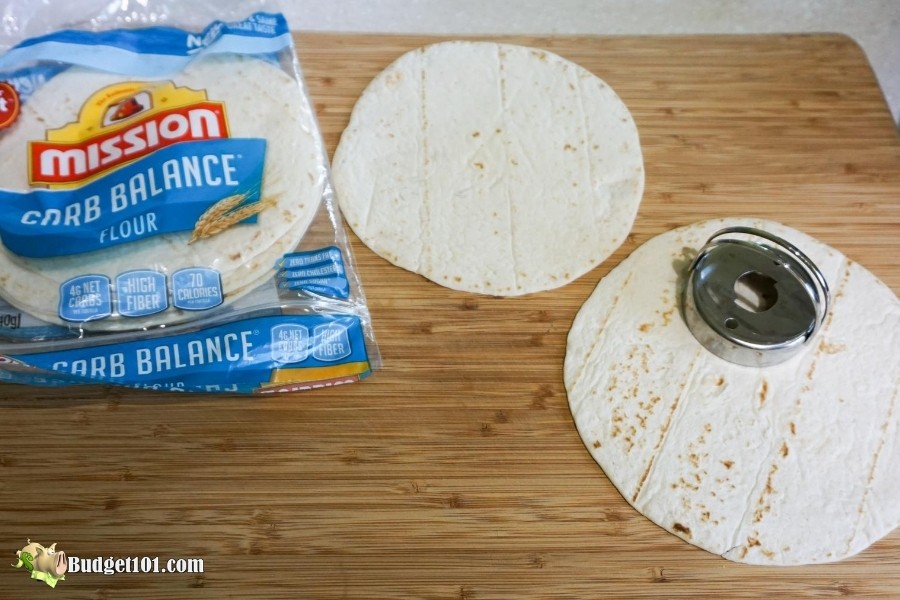 Dip a pastry brush into soft butter then dip the round in cinnamon/keto sugar. 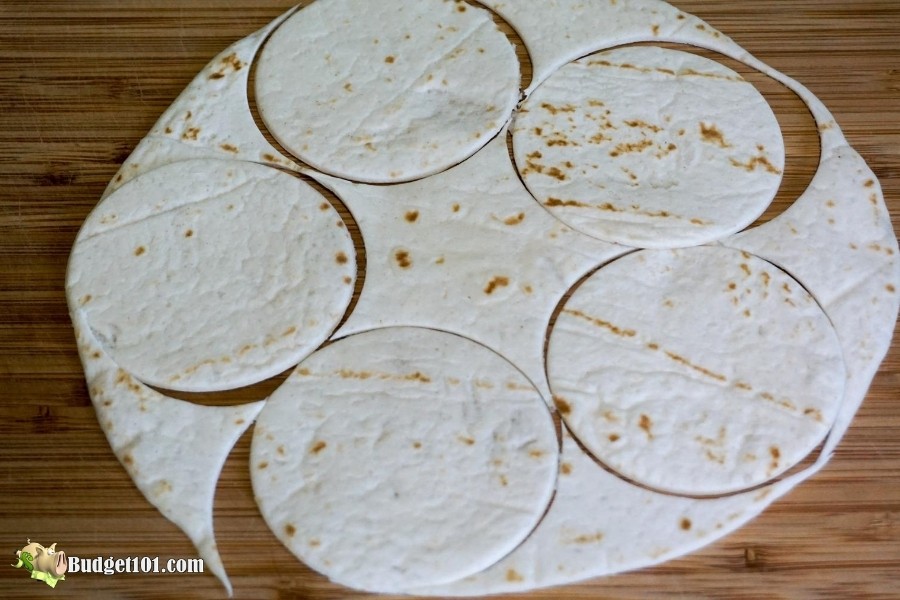 Flip and brush the other side with butter and dip in cinnamon/ keto sugar mixture. 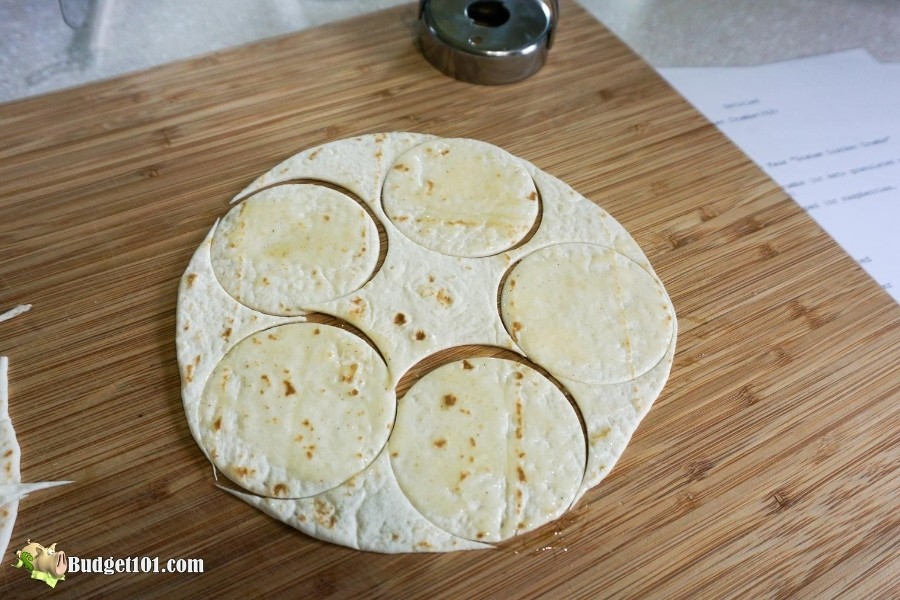 Don’t toss out the other pieces (the scraps); We’re going to turn those into crispy chips to enjoy some keto spinach artichoke dip with a little later on!

If you’re using an air fryer, thread the cinnamon coated rounds onto a metal skewer. Notice the little piece of tortilla on the end? Yeah- well that’s there to keep the shape of the rounds. Otherwise, the end piece will slide as it cooks, making it wider and more “boat-like”. 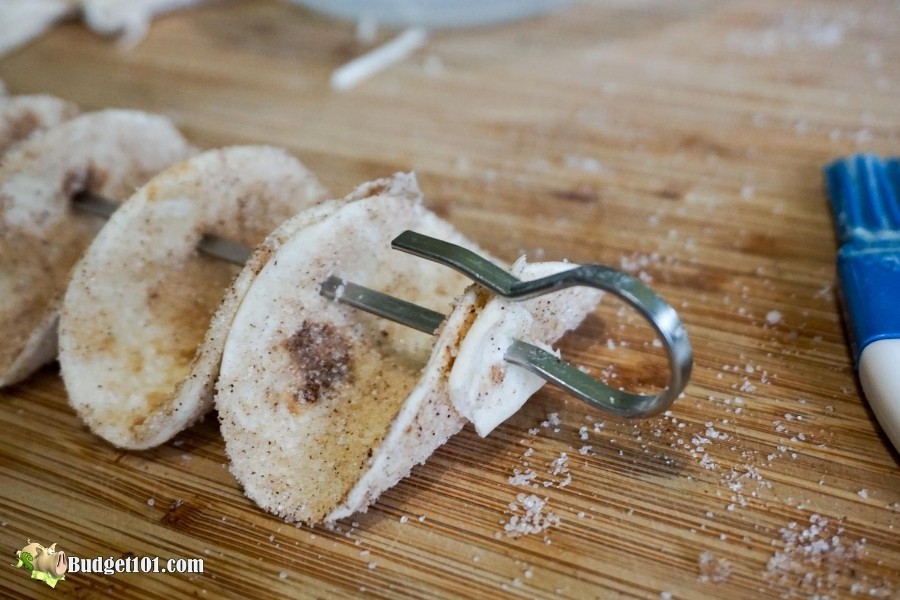 Be sure to use a tiny piece of tortilla on each end to secure the “taco” shape. 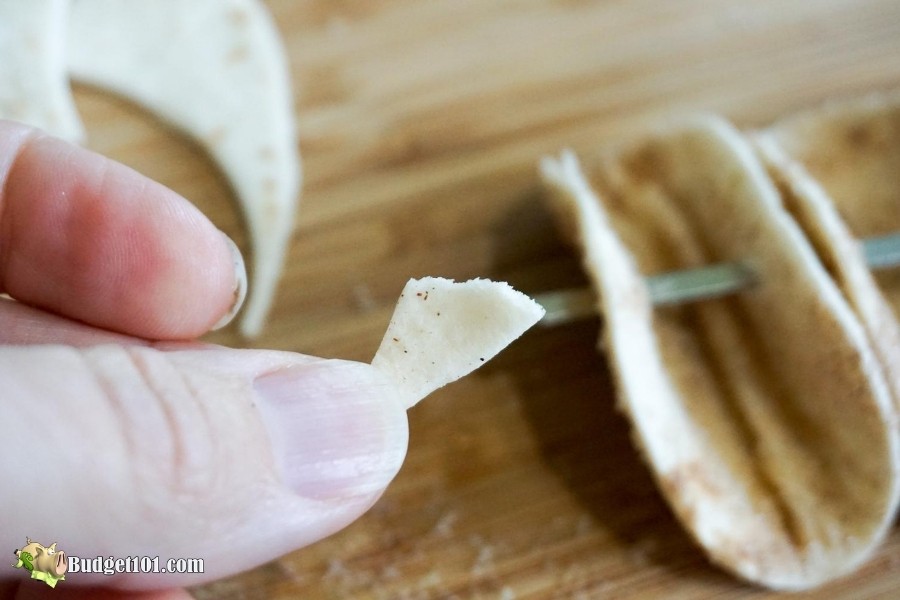 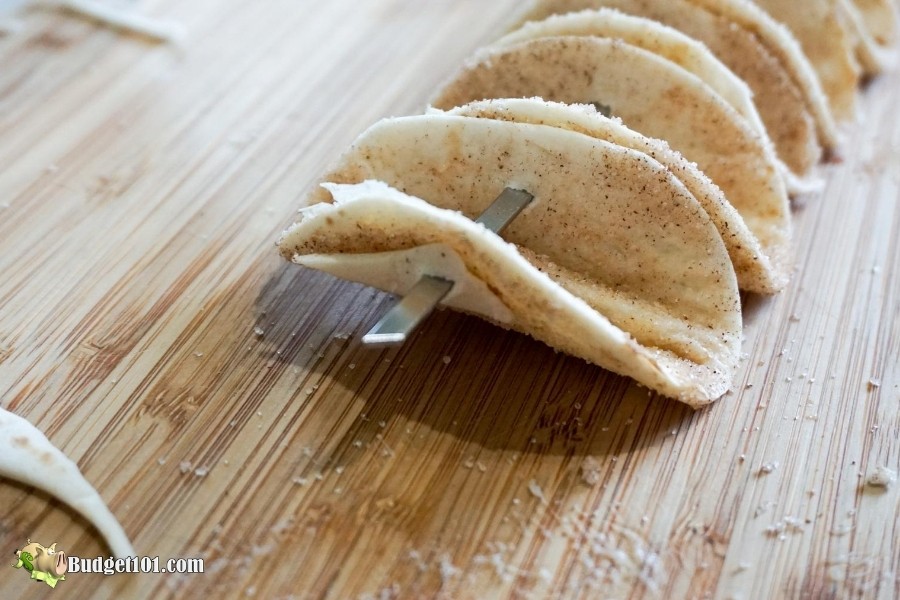 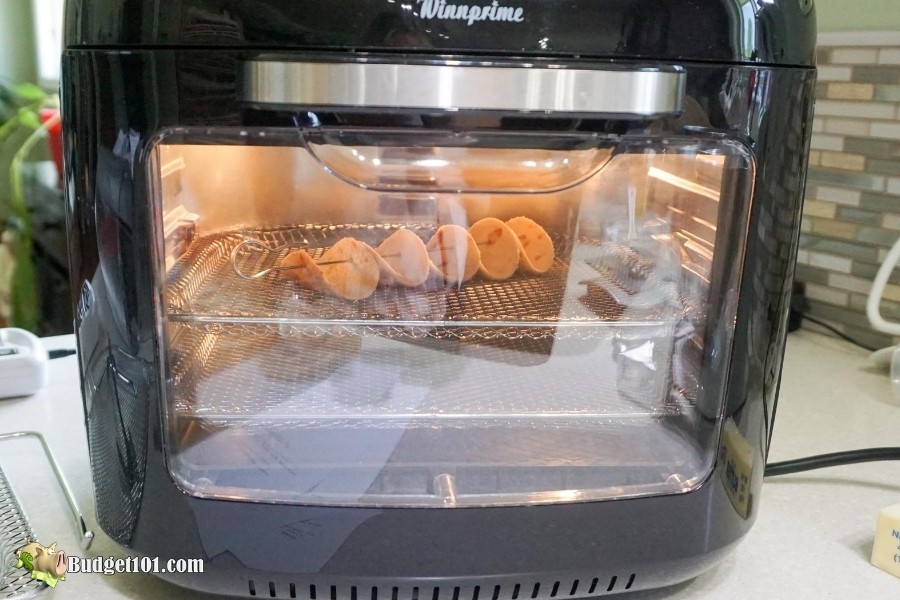 Obviously, you can do full trays and cook all 20 or so at the same time.  Once they’re done, remove them from the oven, let them cool a couple of minutes and then slide the skewer out. 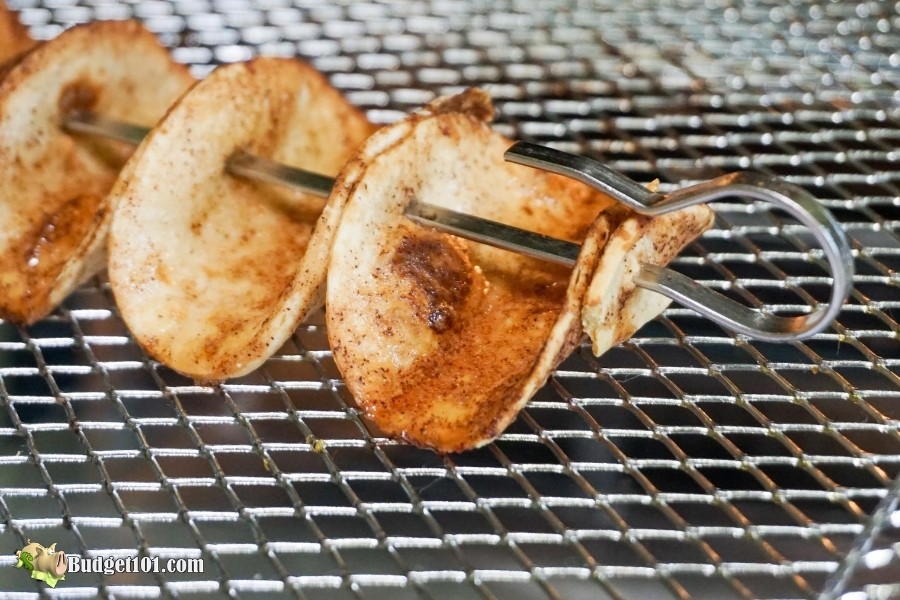 How to Prepare the Cheesecake Filling 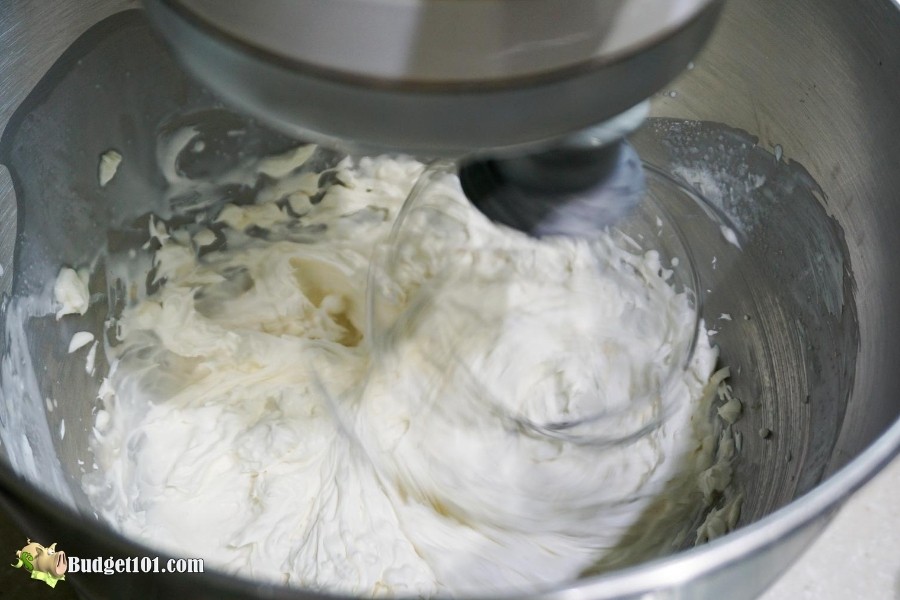 Once the cheesecake filling is prepared, chill it in the fridge for fifteen minutes or so while you prepare the topping(s).

Combine the fruit (or berries) in a saucepan with the sweetener and water over medium heat. 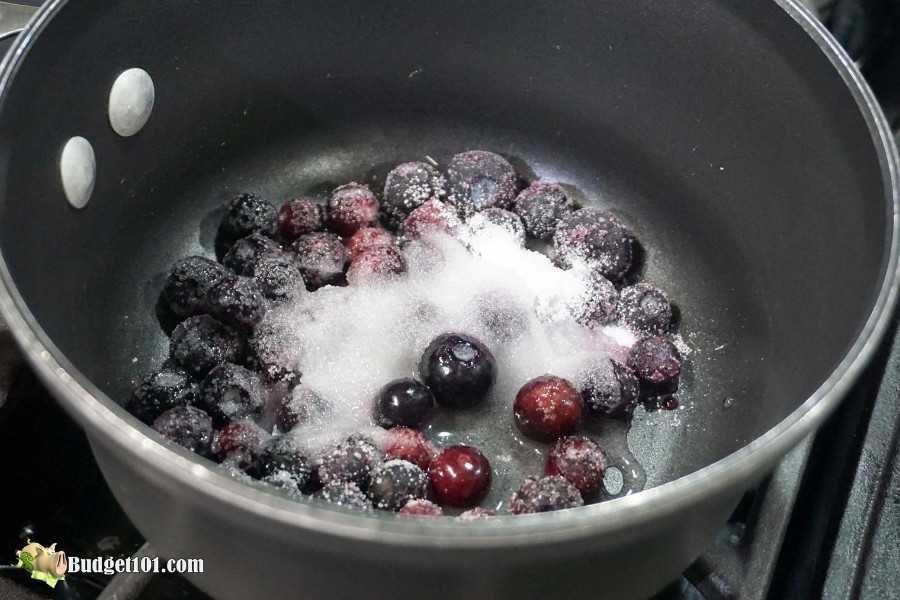 Bring the mixture to a boil, while whisking, add the xanthan gum and continue to whisk until the sauce thickens. Now, please keep in mind, your pan will have considerably more in it, I made a quarter batch! 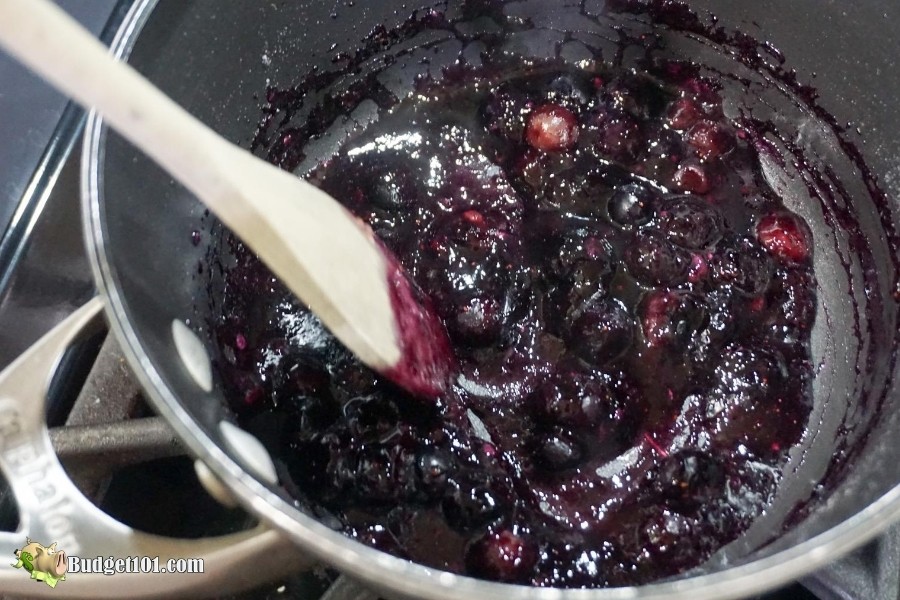 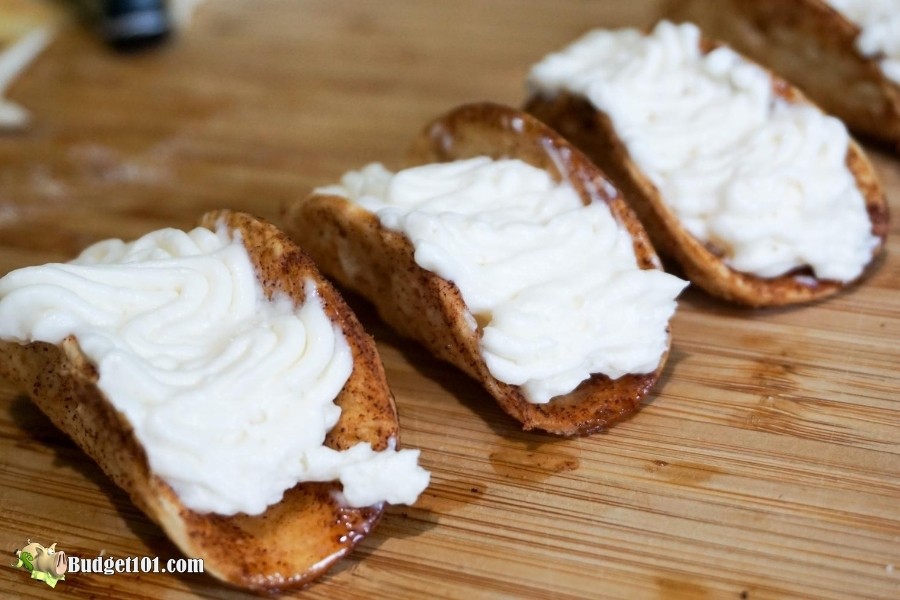 Then top the cheesecake filling with the cooled fruit or berry topping of your choice. Cinnamon-apple is quite lovely, and since you’re only using a teaspoon or less of topping, the carb count is next to nothing! 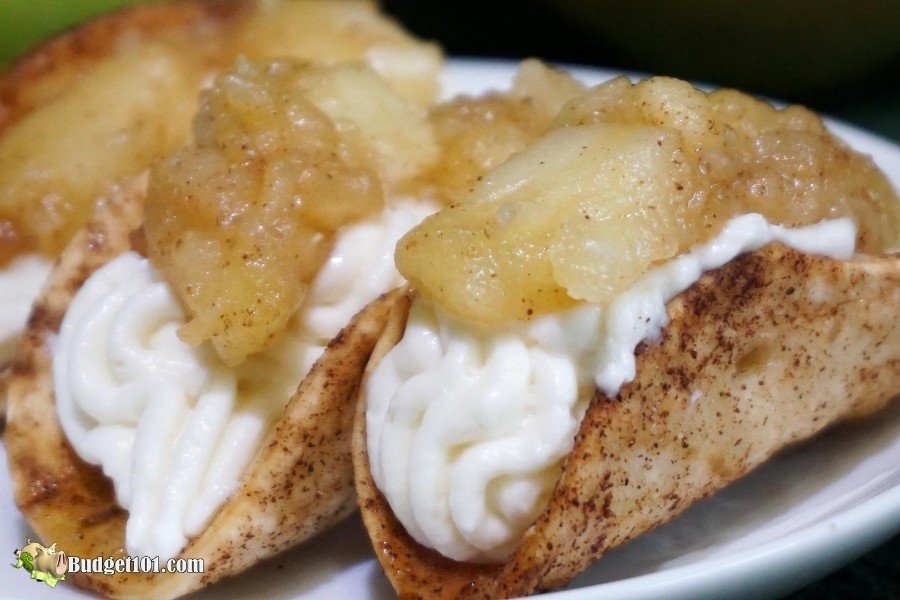 The cinnamon taco base can be prepared using the oven, instead of the air fryer. Just brush them with butter, dip in the cinnamon mixture, place them on a muffin tin that has been placed upside down and bake them at 400F for about ten minutes. This method is quite a bit more messy, as you can clearly see!! 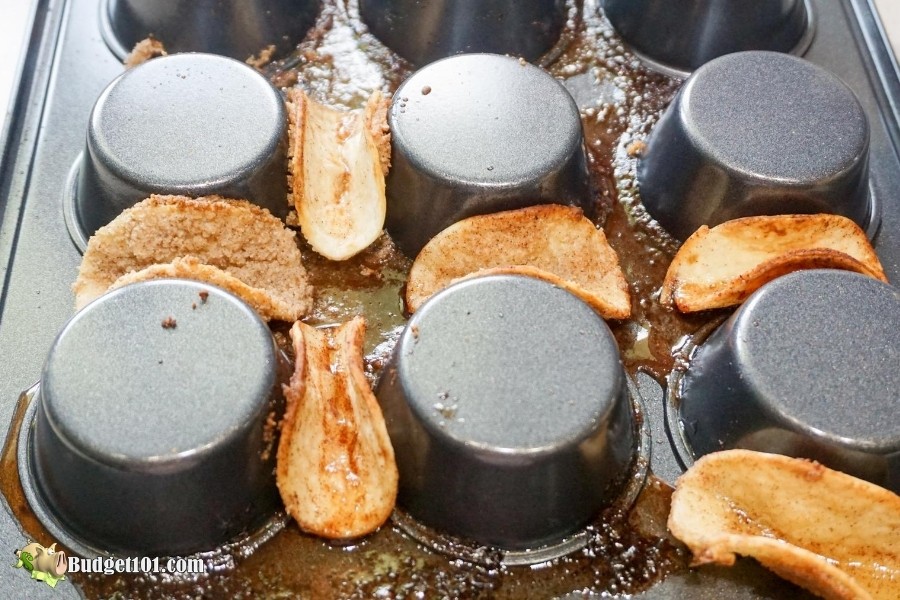 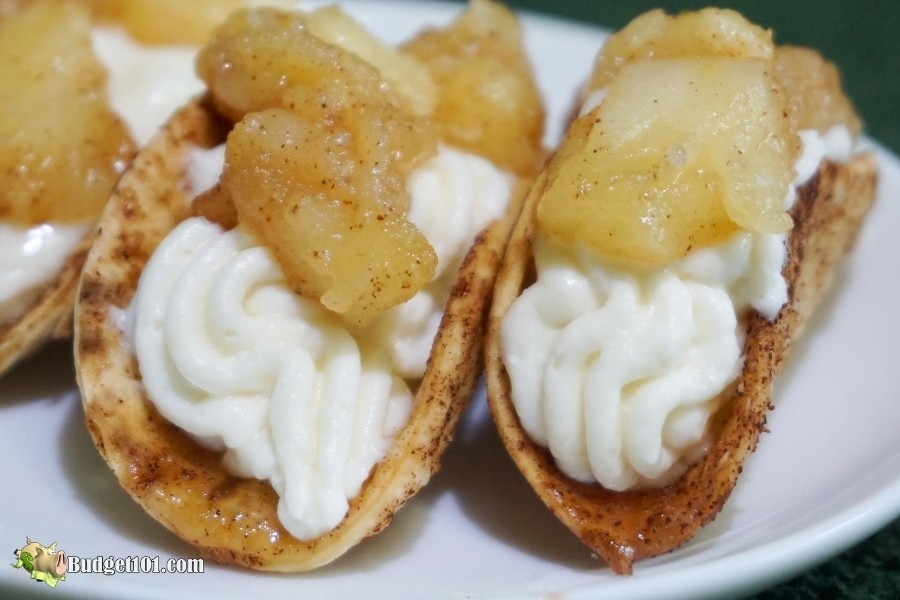 In a small saucepan, combine water, sugar, and fruit/berries of your choice. Bring to a boil and reduce to a simmer to soften the fruit/berries.

Sprinkle the xanthan gum over the top while whisking constantly until the mixture begins to thicken. Remove from heat and away from hot burner and allow to cool completely. 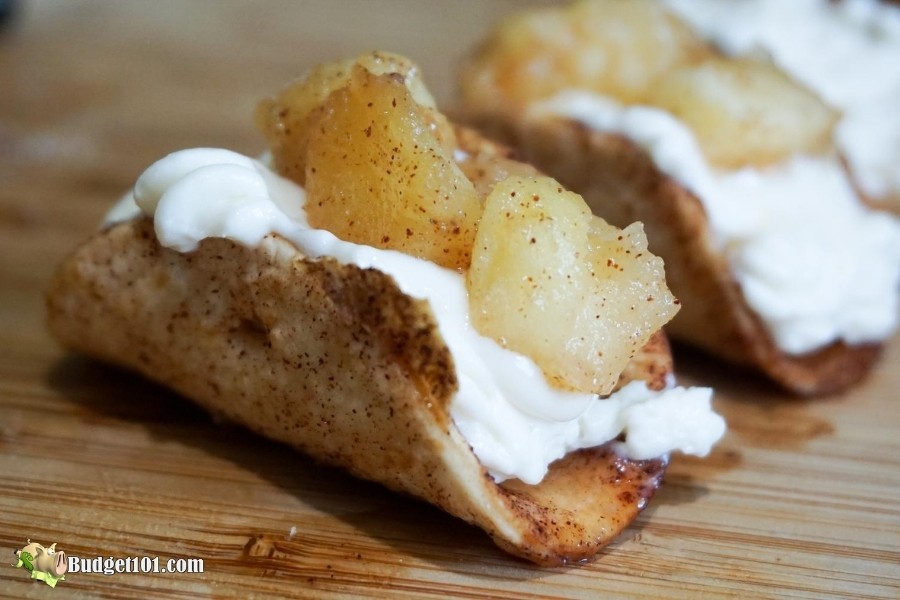 Beat the cream cheese, heavy cream, powdered sweetener, and vanilla for 2 minutes, using medium speed, until it thickens. Chill the filling fridge for at least 15 minutes prior to filling the cooled cinnamon taco shells.

To fill the tacos, transfer the chilled filling to a piping bag or ziploc bag with the corner cut off.

Fill the taco shells with cream cheese filling and top with the cooled berry/fruit topping of your choice. 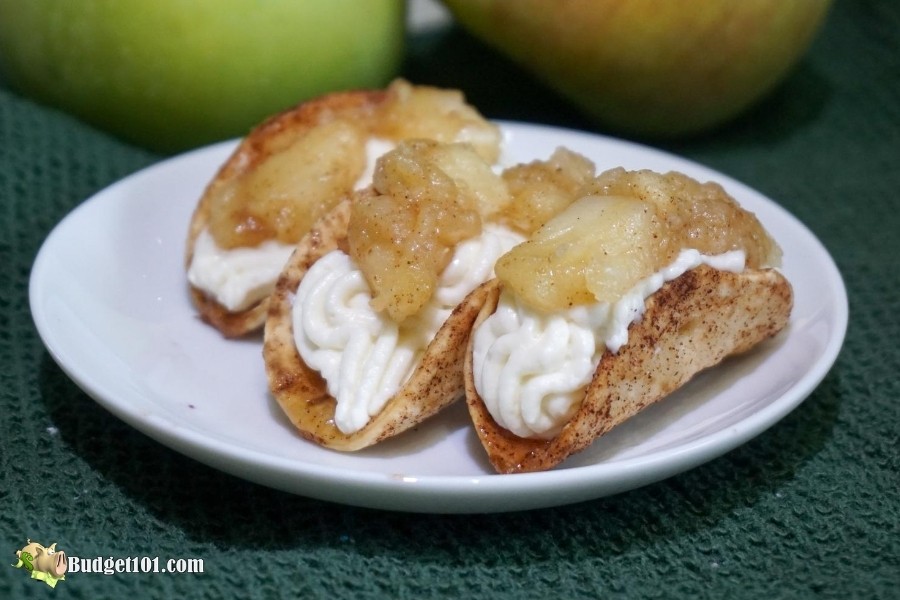