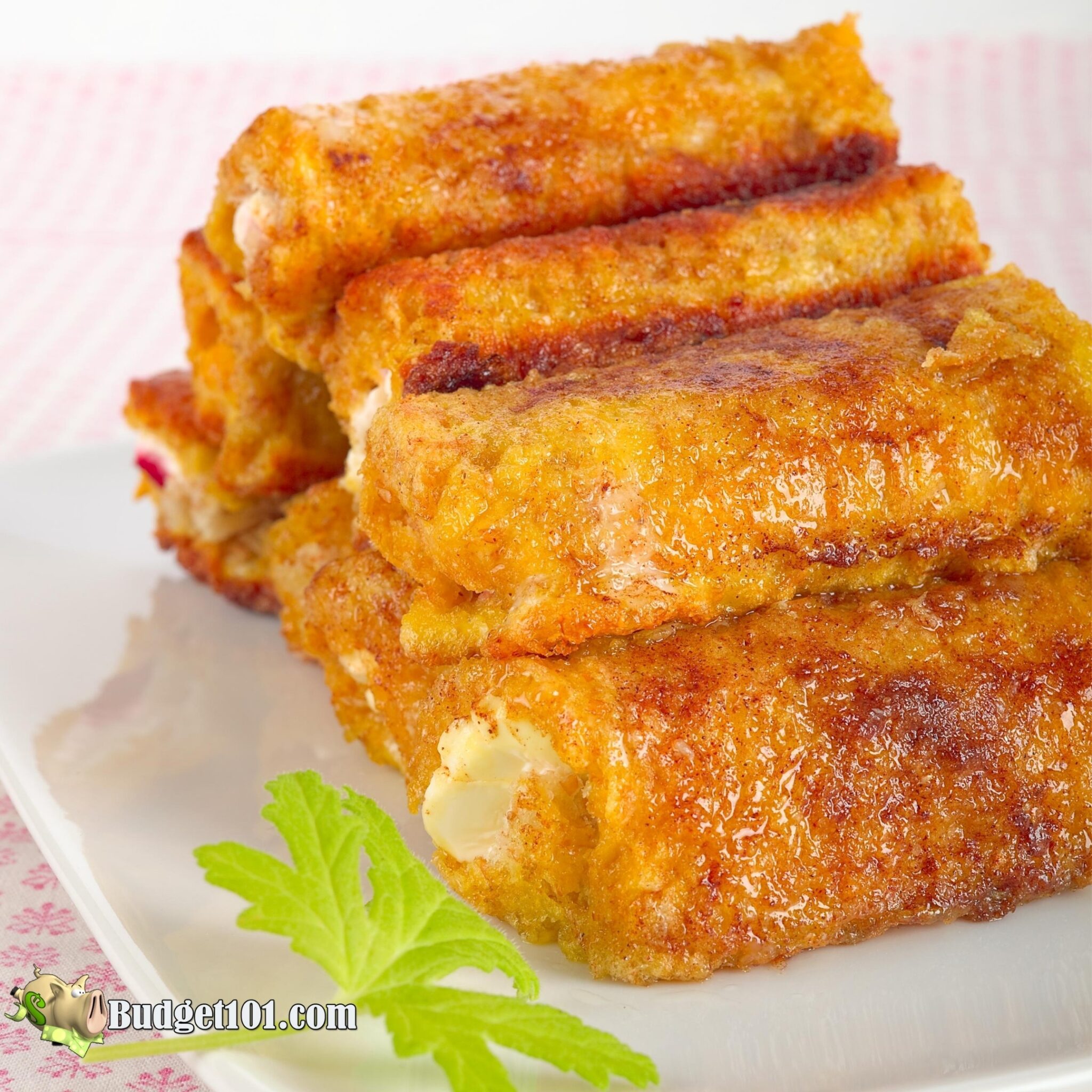 Enjoy a little taste of Autumn with this Keto pumpkin stuffed french toast. This is a wonderful way to use up zero carb bread that has gone stale or sat in the freezer just a tad too long.

If you happen to have a bread machine, you can use this homemade keto yeast bread instead, it offers even better flavor than the zero carb bread from Aldi. 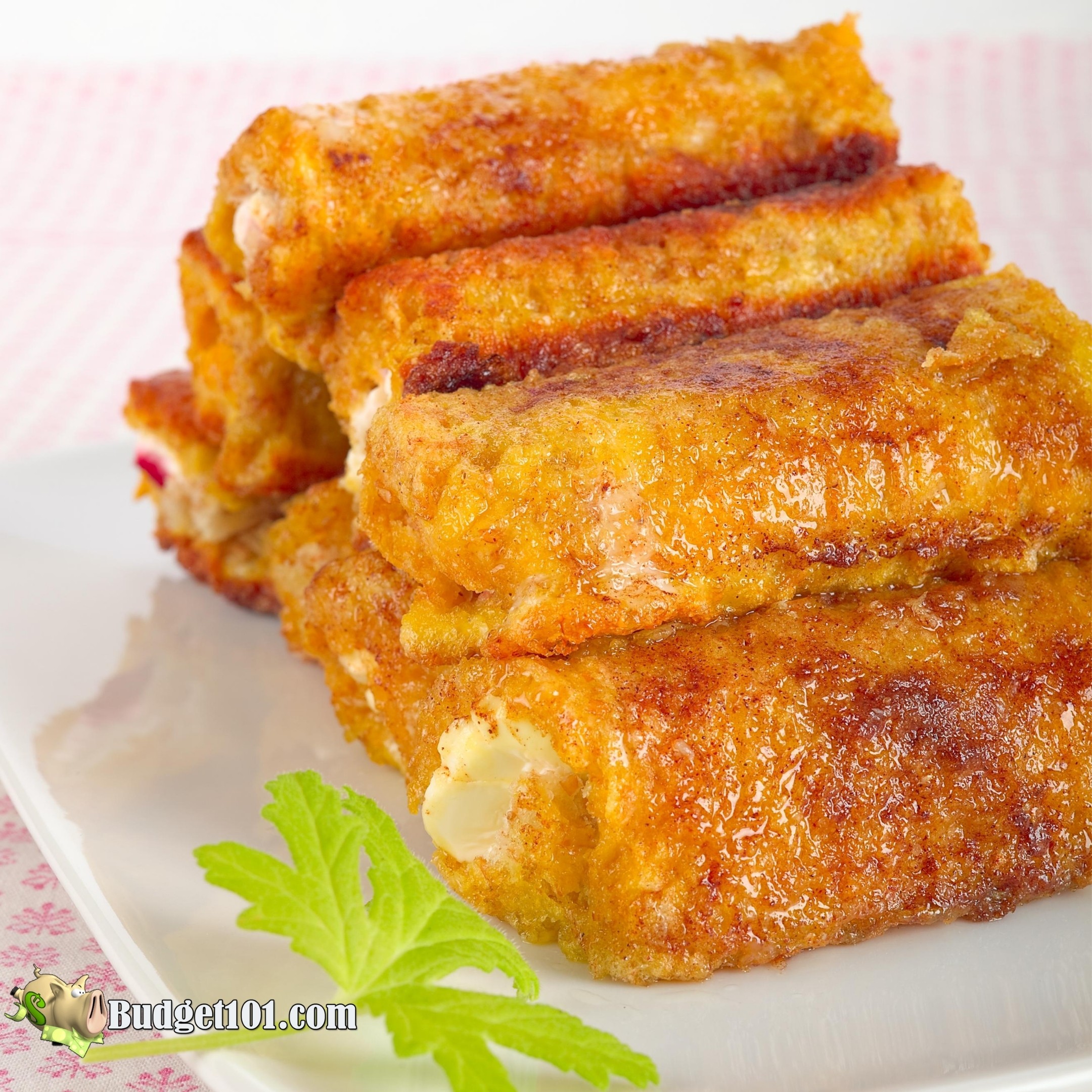 In a medium-size bowl or shallow plate, beat the eggs until a smooth, liquid consistency. Whisk in almond milk, vanilla, and a half teaspoon of cinnamon.
In a small bowl, mix the pumpkin, maple extract, cream cheese, sweetener, 1/2 tsp of cinnamon, nutmeg, and ginger until thoroughly combined.
Roll the bread out flat (it helps to trim off the crust! Spread the cream cheese pumpkin mixture on each slice and roll it up.
Heat a skillet on medium heat with non-stick spray or butter.
Dip each pumpkin roll in the egg mixture, rolling over to cover each side generously.
Place the rolls in the skillet and cook for 2 to 3 minutes, rolling until egg mixture is cooked through and golden brown.

Serve drizzled with keto maple syrup or rolled in cinnamon/sugar (be sure to use a keto friendly sweetener such as Bocha sweet or swerve) Makes 6, Pumpkin French Toast Rolls (3 servings)