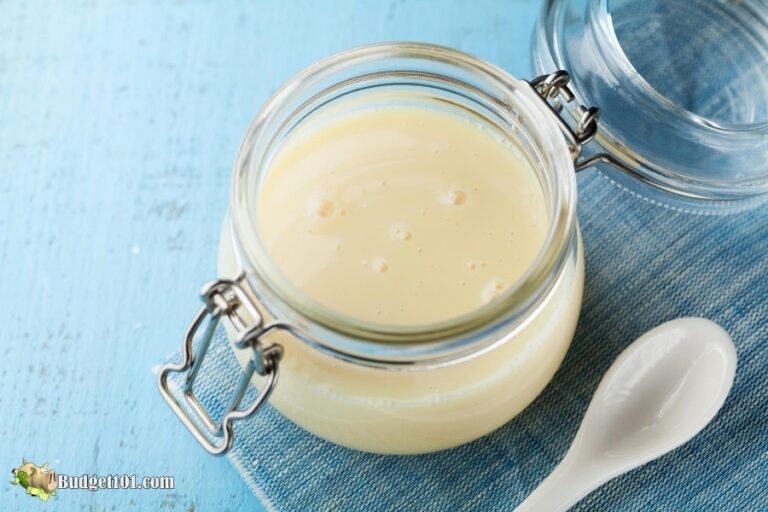 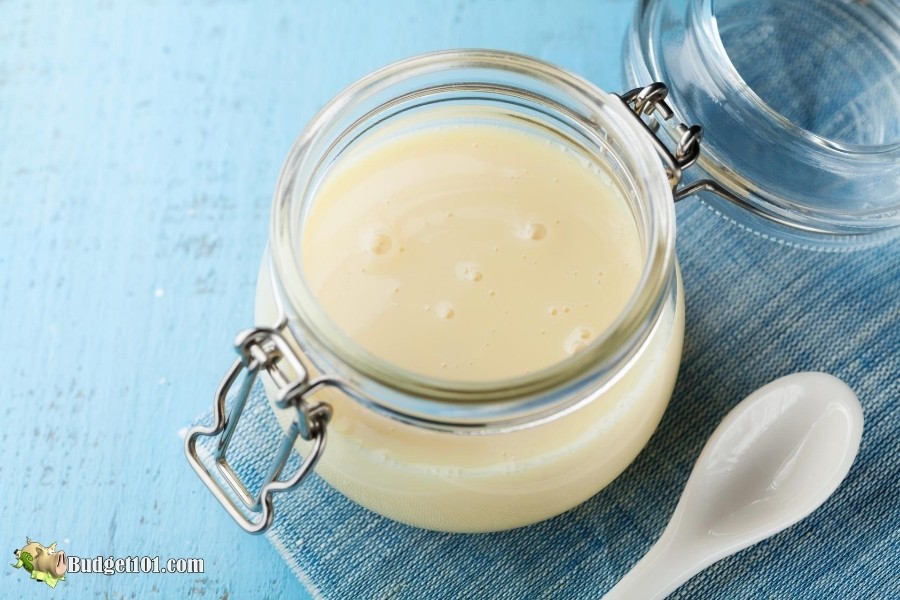 There’s a rather significant difference between condensed milk and evaporated milk, and that difference is in the sugar content. Both types of milk are created by reducing the water content, but condensed milk has a sweetener added (usually regular sugar). 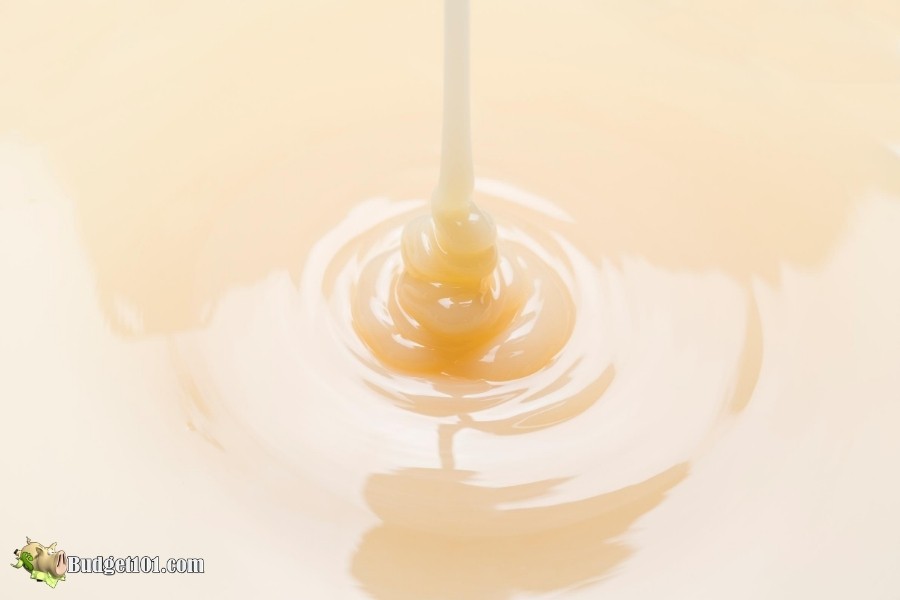 I’m going to preface this by saying that regular sweetened condensed milk that you purchase at the store only contains milk and sugar, it does not contain butter. The butter in this recipe is completely optional and if you’d prefer not to add it, that’s perfectly fine. It just adds another layer of flavor.

In a large heavy saucepan, bring the whipping cream to a boil over medium heat. Reduce the heat and simmer gently for 30 minutes. Watch carefully as you want it to simmer but not continue to boil. There should be little bubbles along the edges the whole time.

Remove the cream from the heat and carefully whisk in the Bochasweet and butter until fully dissolved. Sprinkle the surface with the xanthan gum, whisking vigorously to combine. Allow the mixture to cool 10 minutes.

Check the consistency, if the sweetened condensed milk is not quite thick enough, whisk in the additional xanthan gum.

Turn slow cooker on High. Mix milk and Bochaweet together in the crock of the slow cooker. 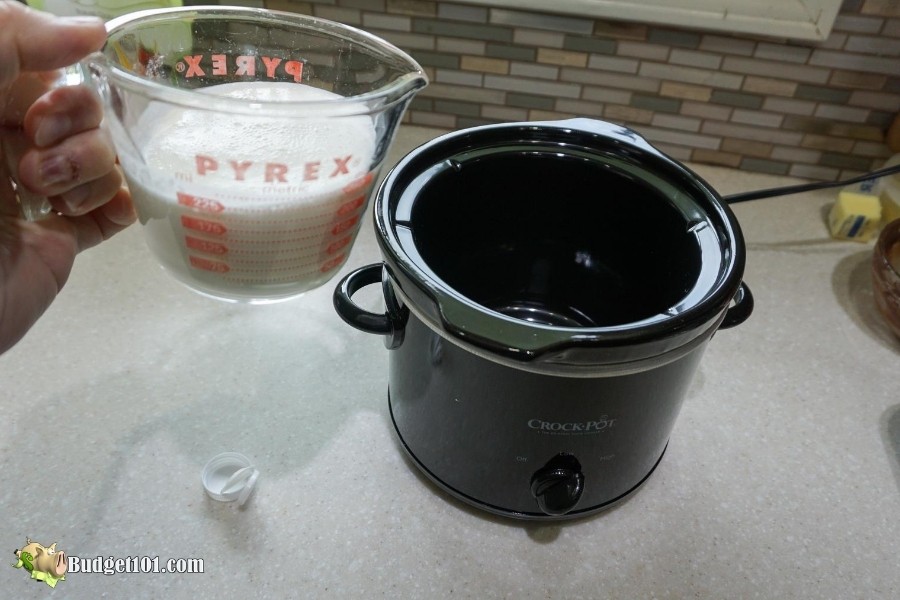 Place a couple of paper towels under the lid and place it loosely on the pot to prevent condensation from dripping into the slow cooker. Or just use the handle of a wooden spoon or a skewer. 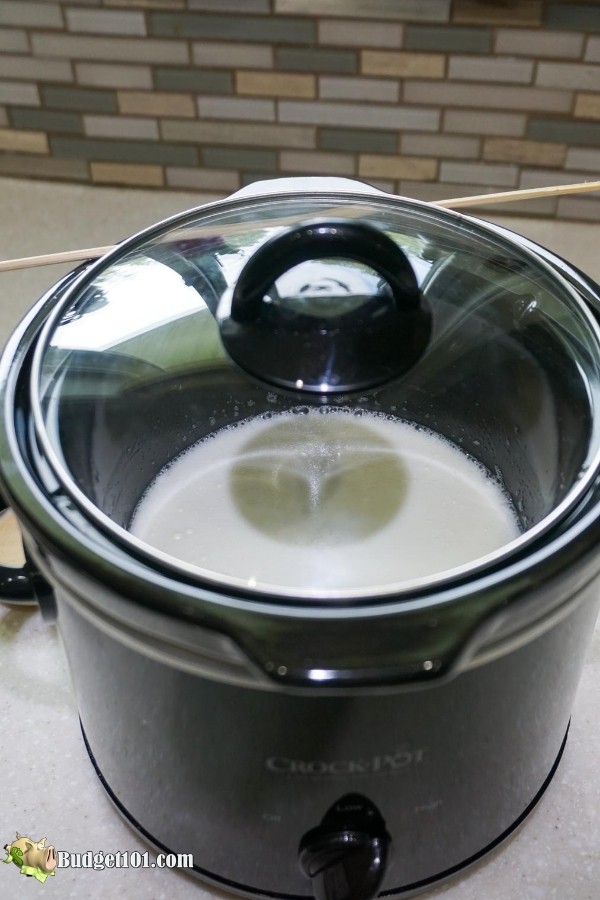 Cook for 3 hours. During the last 30 minutes, stir the mixture every 10 minutes to prevent burning. Vigorously whisk the butter, and xanthan gum into condensed milk and allow it to cool. 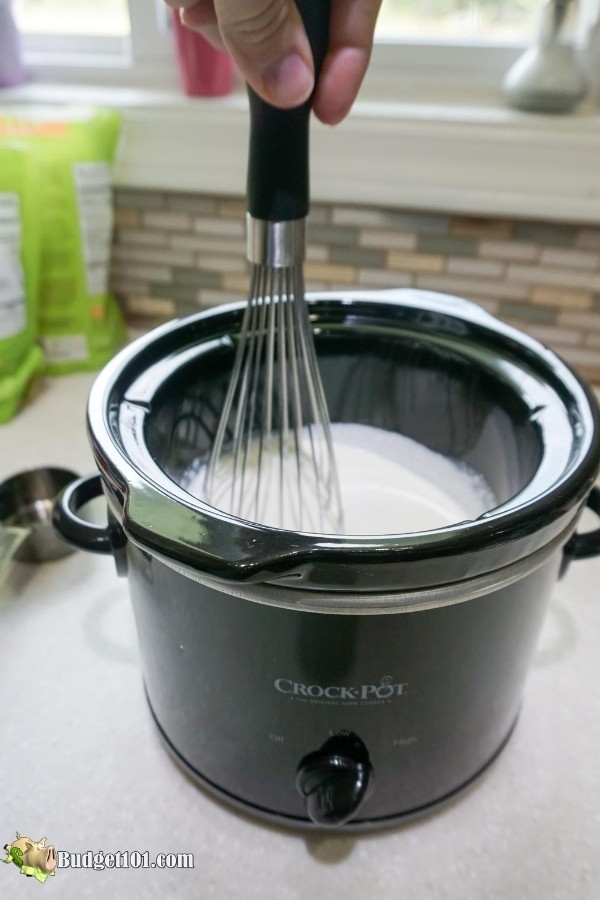 A wooden skewer works great for keeping track of how much the liquid is reducing. I just mark it with a pen, wipe off the cream and repeat every 30-45 minutes as needed. 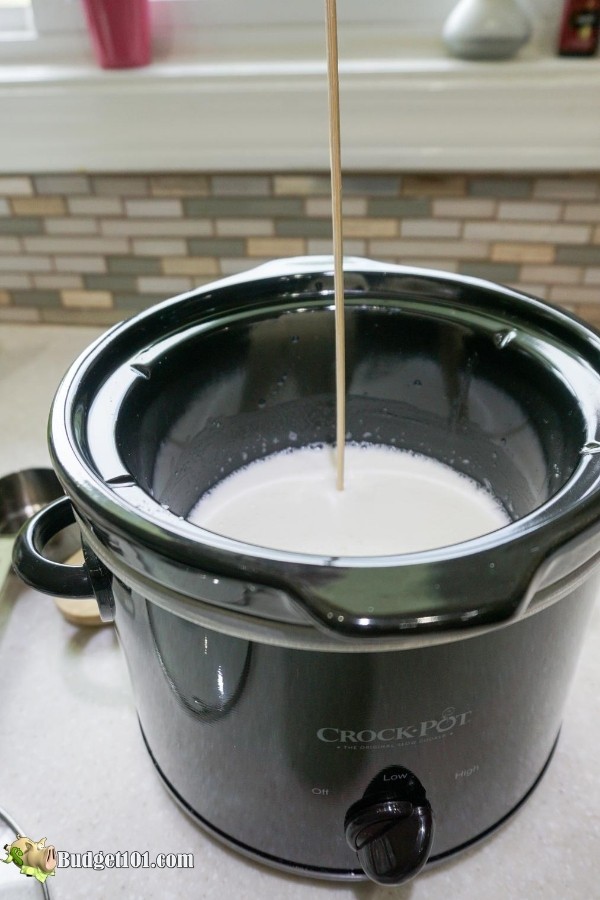 What can I use Keto Sweetened Condensed Milk in?

Use it in various keto-friendly desserts, to make homemade flavored keto coffee creamer and more.

If you happen to accidentally overcook it and it turns brown, don’t toss it out- instead reduce the heat, cook it for a bit longer and turn it into delicious keto caramel topping.