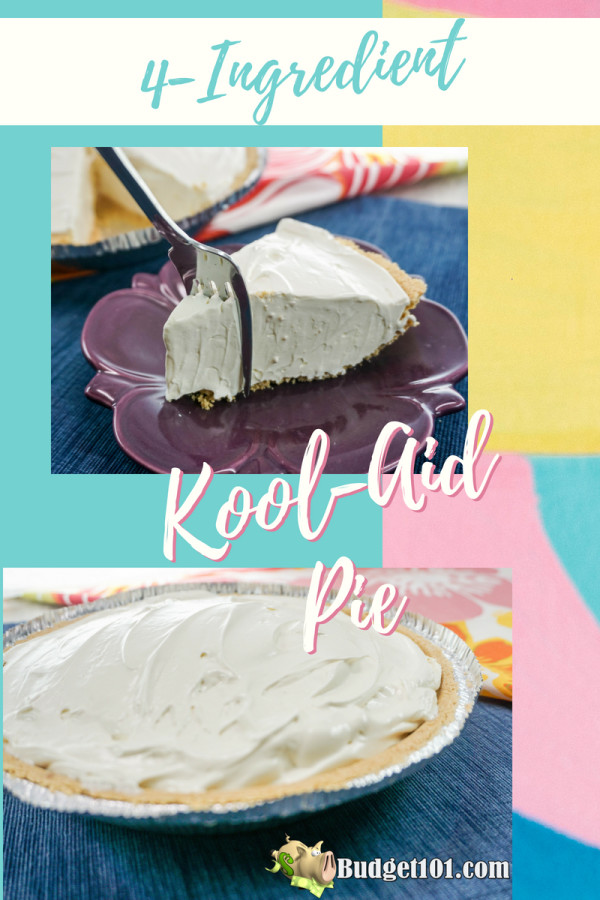 Kool-Aid pie is just four simple ingredients and less than five minutes of your time to throw together! You’ll be amazed that you haven’t tried this delicious pie sooner . . .

This recipe is incredibly simple to put together and some of the most amazing flavors we’ve tried are Lemonade Pie (a favorite among our friends), Cherry Pie, and Peach Mango Pie!

This is the Lemonade pie, we didn’t add any coloring to it, but if you wanted a brighter yellow you could add a couple of drops of yellow food coloring.

I’d never really thought about Kool-Aid prior to this, in fact, I had a packet of kool-aid sitting in my pantry just in case someone happened to stop by with their kids in tow and I needed to create a quick beverage.

The idea of creating a delicious pie using just 3 ingredients (not including the crust!) seemed too good to be true. But oh my, Was I ever wrong! It’s actually quite delicious, the texture is smooth and creamy, not too sweet and with just the right amount of flavor.

If you like getting your kids involved in cooking, this is a simple almost no-mess recipe that requires very little clean-up but will get them very excited to help in the kitchen!

For this recipe, you can literally use ANY Flavor kool-aid to create your pie. 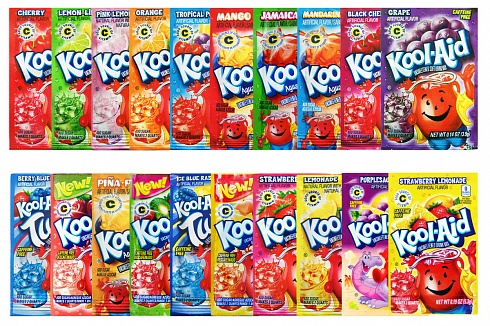 Combine the sweetened condensed milk and unsweetened kool-aid packet together until thoroughly mixed, then fold in the whipped cream.

Transfer the mixture into a prepared graham cracker pie crust and chill for at least 2 hours prior to serving.

That’s IT! Seriously, it couldn’t be any easier than that to make Kool-Aid pie!

Here are a few other delicious flavors we’ve tried:

If you prefer frozen treats in the summertime this pie freezes well too, so feel free to make it ahead of time and serve it as a frozen treat if you prefer.