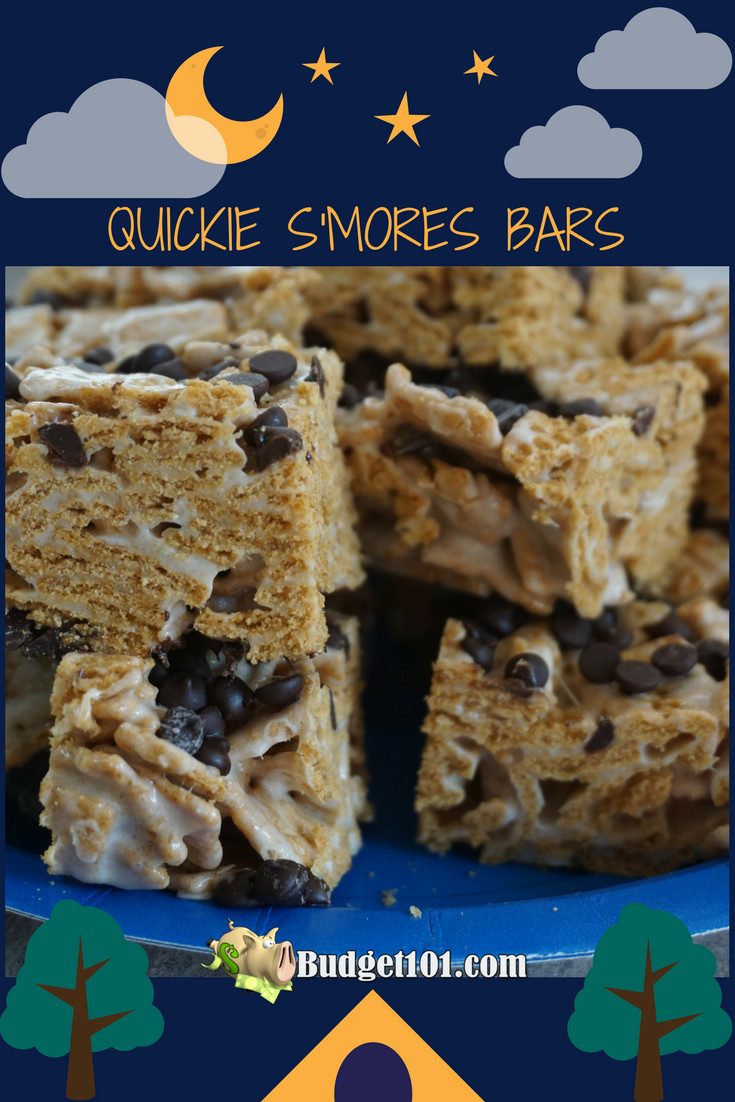 These five-minute 4 ingredient S’mores bars aka indoor s’mores are sure to be a hit at your next gathering! All the flavor of S’mores, but they travel conveniently and don’t require a fire or oven to enjoy.

Before you begin, line a 9″x13″ baking pan with parchment paper, leaving about 2 inches overhanging on each side. This is for easy removal from the pan. If you don’t have parchment paper you could use aluminum foil or just butter the dish liberally.

This recipe can easily be adapted and made gluten-free by using Honey Nut Chex cereal instead of Golden Grahams cereal. (Kraft Jet-Puffed marshmallows are gluten-free, as are Doumak).

If you like S’mores, you’ll love these recipes as well:
S’more Bars 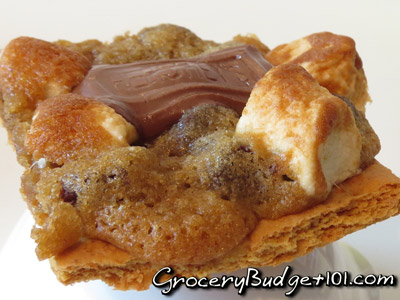 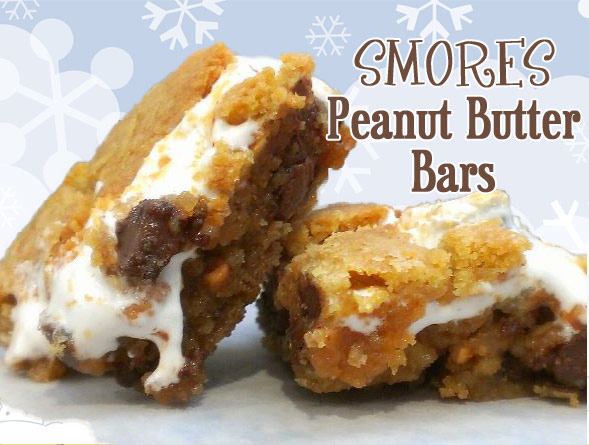 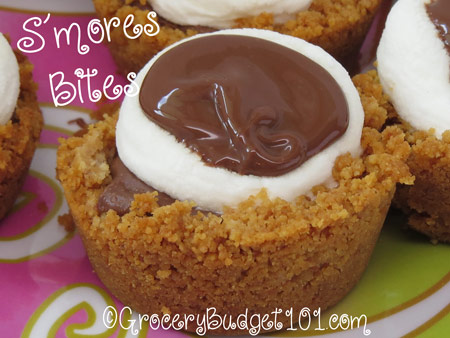 It is National S’mores Day on August 10th! Celebrating the great s’mores tradition, be sure to use these little known facts about our favorite camping treat.

S’more facts: Did you know…

1 S’mores predate the Girl Scouts and even the campfire? An 1897 newspaper clipping from Venice, Italy mentions recipes for chocolate sandwiches.

2 While some sources claim that S’more was invented in the late 1800s by an unknown camper, another theory contends that it was named by one of the Boy Scouts who attended a meeting at Mount Marcy in New York state.

3 Merriam-Webster defines s’mores as “a dessert typically consisting of toasted marshmallow and a piece of chocolate bar sandwiching two graham crackers.” The earliest use of the word was in 1974.

4 The English word s’more is derived from the French word s’amusant, which means “they are amusing themselves.” This was a term used by royalty in Medieval France to describe a simple treat enjoyed by both young and old at gatherings.

5 The current world record for largest s’mores was constructed by campers at Deer Run Camping Resort in Gardners, Pennsylvania. Starting with 140 pounds of marshmallows, 90 pounds of chocolate and 90 pounds of graham crackers, the supersized sweet weighed 267 pounds and is believed to be the world’s biggest s’more.

6 One of the largest s’mores ever made was created by chef John Hawk, who has built a 6-foot-wide (2 m) s’more built with 3,000 graham crackers.

The Merriam-Webster dictionary, which defines s’mores as “a dessert consisting usually of toasted marshmallow and pieces of chocolate bar sandwiched between two graham crackers,” suggests the first known use of the word was in 1974