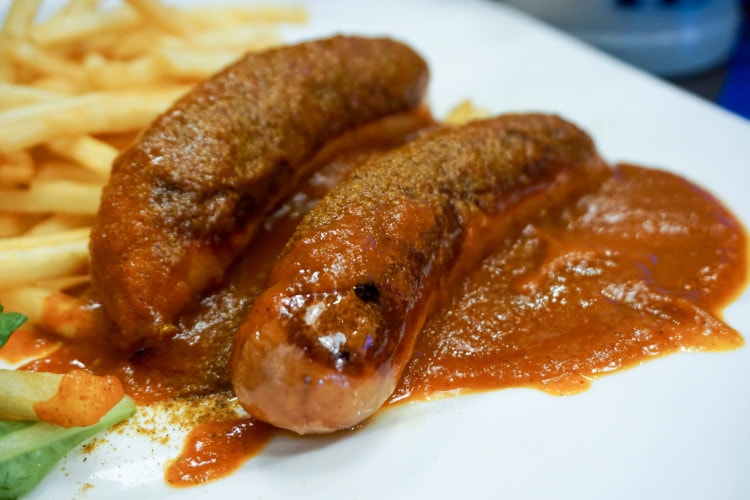 German Currywurst is a savory street food of  pork sausages smothered in a curried tomato based sauce.  The origins of this tantalizing dish has a rather unique background.

Rumor has it that while Berlin lay in ruins in the late ’40s an industrious housewife named Herta Heuwer convinced British soldiers to give her some English curry in exchange for a few bottles of local hooch (liquor). Food was in short supply in those days, so this rare treat provided a burst of flavor for otherwise bland offerings. 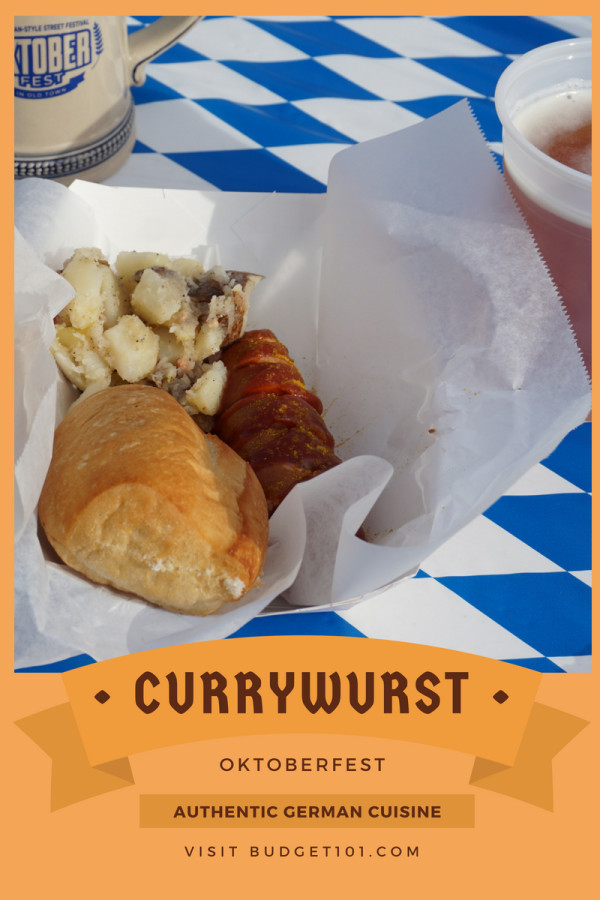 With a bit of creativity, this venturesome lady concocted a tomato-based curry sauce which she then served overcooked sausages. Within a short period of time, her street-food stall grew immensely in popularity, both for the taste and the cheap price.

Shortly thereafter in 1950, Heuwer opened her own restaurant and her delightful saucy dish was immediately replicated throughout the city. In 1959, she patented her delectable dish at the German Patent and Trademark Office in Munich, which is how we are able to share it with you today.

Although the official Oktoberfest celebration takes place in Munich over a two-week period, celebrations model it all over the world. These days, Currywurst is sold widely throughout Berlin, at various Oktoberfest celebrations held around the world and famously at Epcot on Disney World properties. It’s usually served with paprika chips, white bread or a fat whole-grain roll (to sop up the delicious sauce after the sausages are gone!). 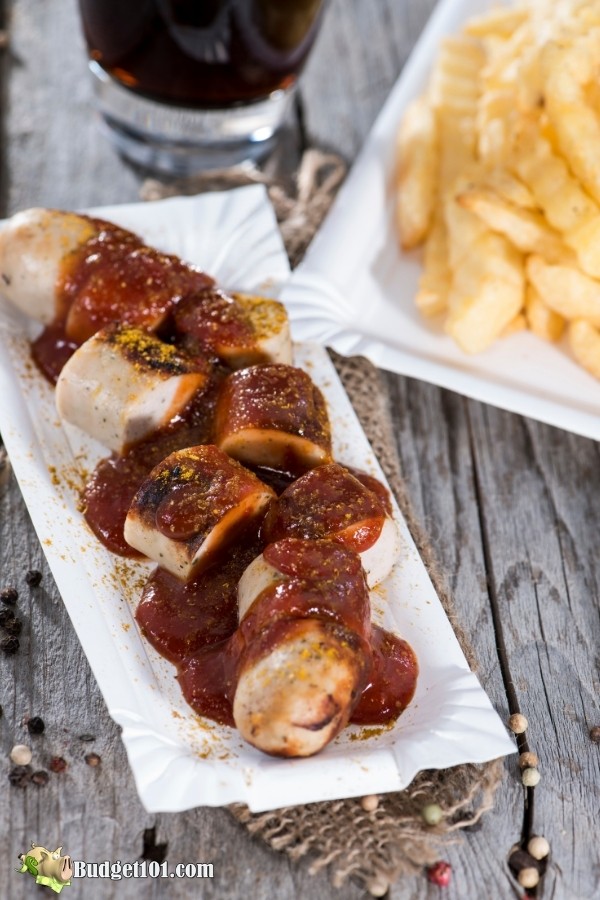 How to Make German Currywurst

You don’t have to travel far to savor the flavor of this German nirvana, here’s a simple recipe to make at home. . .

and of course, it’s best paired with a robust Oktoberfest Lager. 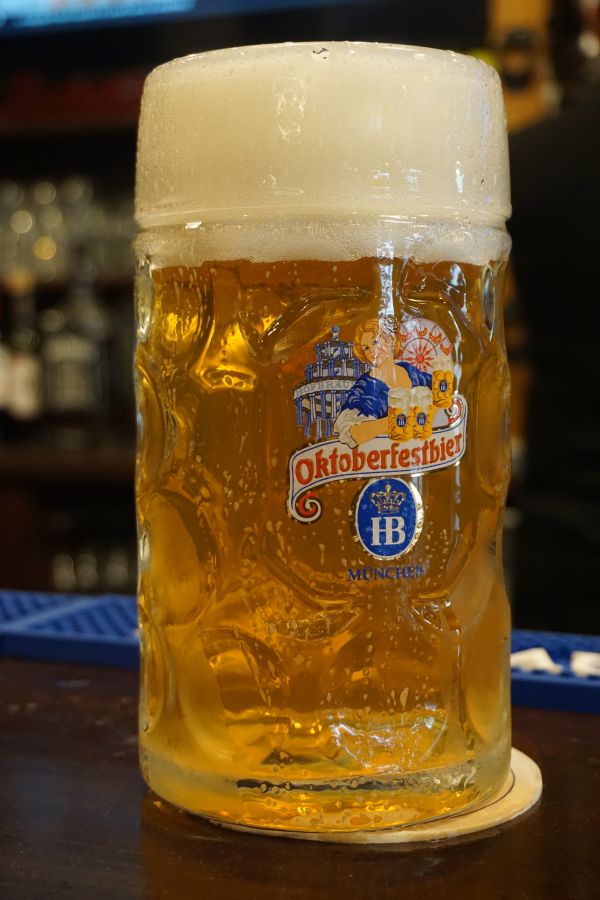 This is a very rich dish, so generally speaking, 1 sausage per person is usually enough.

In a medium-sized heavy saucepan, heat the oil, then add onion and saute until soft and translucent.

Add the curry powder and paprika, stirring to incorporate and allow the spices to cook for 1 minute. Stir in the crushed tomatoes, stirring to fully blend.

Next, add the sugar, red wine vinegar, stir and season lightly with salt and pepper. Bring the mixture to a boil over medium heat, then reduce the heat to low and simmer. Do not cover the mixture as you want to reduce the liquid and allow it to thicken, so using a splatter-screen to prevent a mess is recommended.

Let the sauce cook until thickened, about 20-25 minutes. At this point, the sauce is very thick and has a bit of texture to it. If you prefer a smoother sauce you can transfer the sauce to a blender and puree it.

Grill or fry the sausages, we opt for German sausages that we frequently find at Aldi or Lidl, but you can use plain bratwurst links German sausages aren’t available in your area.

Once the sausages are cooked throughout and browned, remove from heat and slice into 1″ coins. Plate the sausage and top with the Currywurst sauce. Sprinkle very lightly with yellow curry just prior to serving. This is just to give it a touch of color, too much and you’ll have a bit more kick than you bargained for!

If you’d like to complete your Oktoberfest celebration, we suggest finishing off the meal with this German beer coffee cake.

View More Recipes from Around the Globe