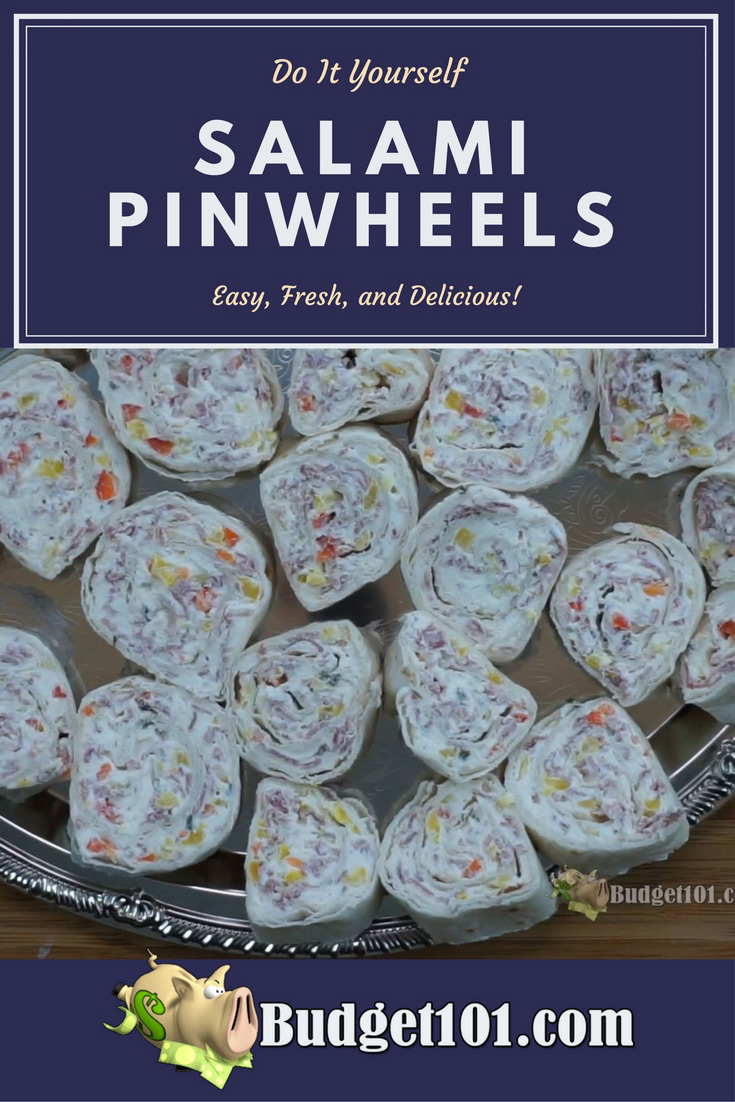 This pinwheel appetizer recipe was a favorite to send in my kids lunches to school because I didn’t have to worry about it spoiling before lunchtime rolled around, I knew my kids would eat every bite and I could make them up at the beginning of the week.

It also happens to be a great party appetizer that travels well, with almost no effort at all.

Begin by finely dicing the Salami or shredding it, I usually use the mini-chopper for this, it works great, but apparently, my son took it back with him to college when he was home for Thanksgiving!)

Place the chopped Salami in a mixing bowl. Add an entire eight-ounce package of cream cheese.

Finely chop the bell peppers. We generally use whatever we have on hand, but if you’re preparing this for a holiday party, we recommend red and green bell pepper for a splash of color and a hint of sweetness! Add the chopped bell pepper to the mixing bowl with the rest of the ingredients.

Mix until completely blended. Spoon some of the mixtures onto a tortilla and spread it out evenly. Season with freshly ground black pepper, then roll the tortilla up tightly.

Wrap in plastic wrap and refrigerate for up to 2 days. Just prior to serving cut into 1/2″ thick slices and arrange on a plate or serving tray.

Due to the salt in the Salami, it is not recommended to season with any additional salt.