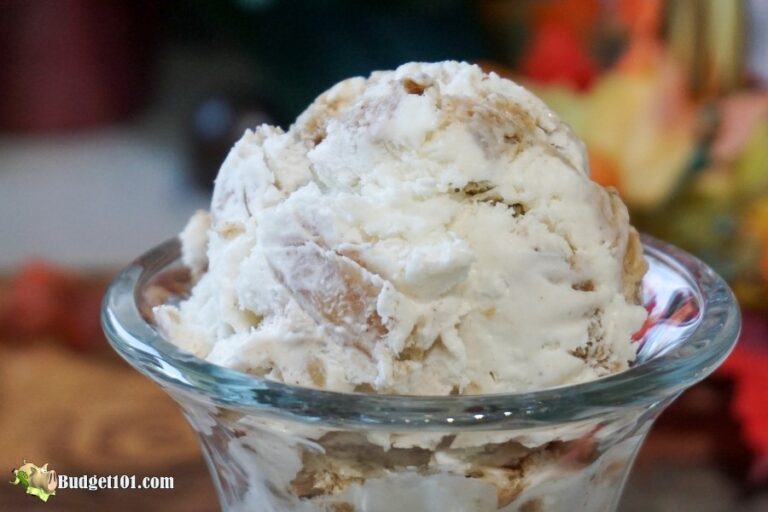 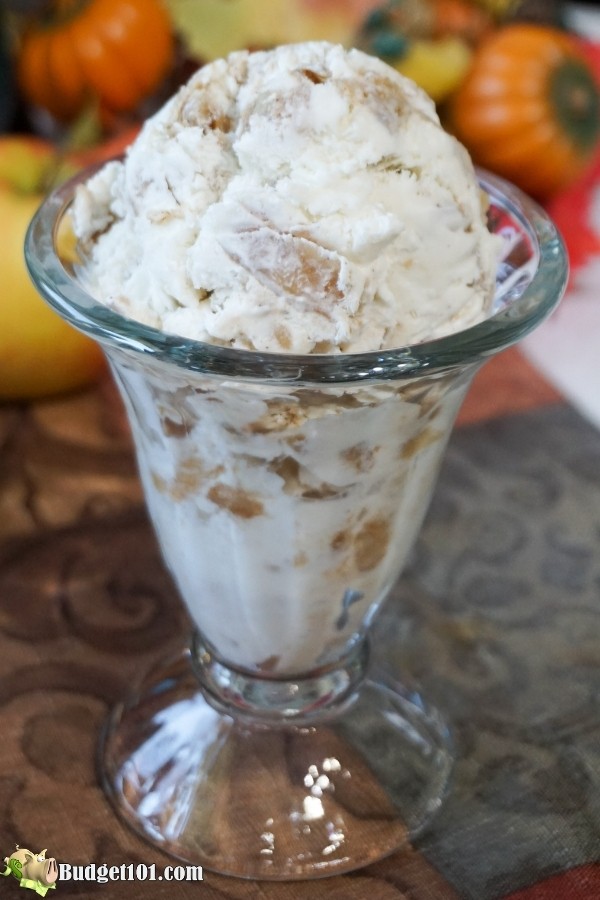 I made a large dish of apple crisp because family was coming to visit. Unfortunately, as luck would have it, plans were changed last minute and the husband and I were left with a rather large pan of homemade apple crisp dessert that we couldn’t eat all at once. Thus, apple crisp ice cream was brought about.

Measure the powdered sugar into the bowl, add the apple pie spice and whisk on low for a few seconds. 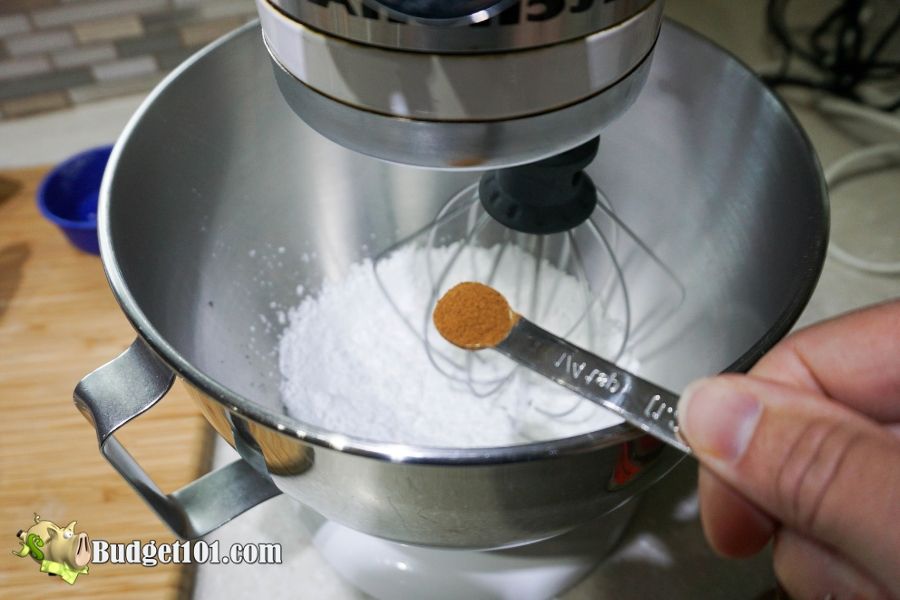 Transfer the spiced sugar to a bowl and set it aside for now.

Pour the heavy cream into the mixing bowl. 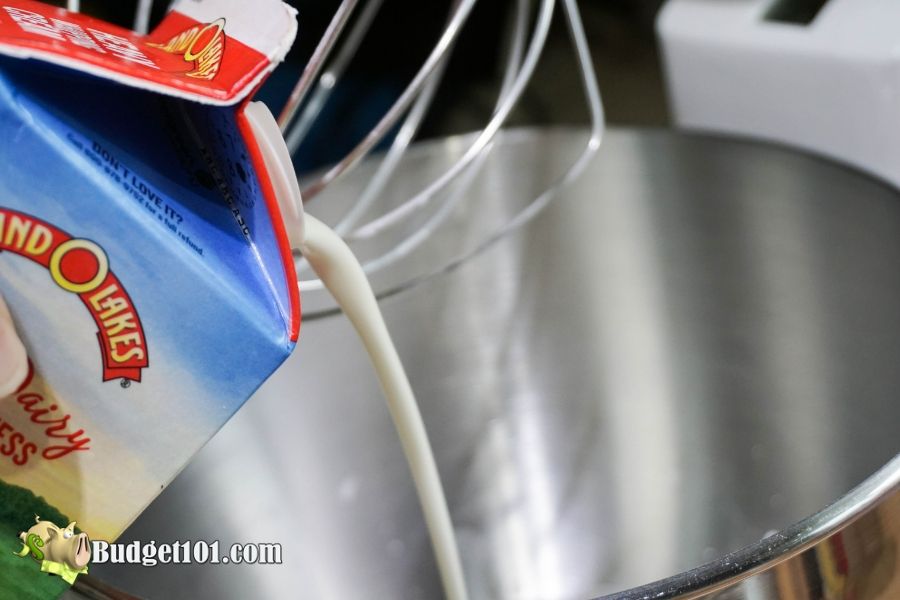 Start beating the cream, you’re literally just whipping it. As it whips, add the spiced powdered sugar mixture, a spoonful at a time. 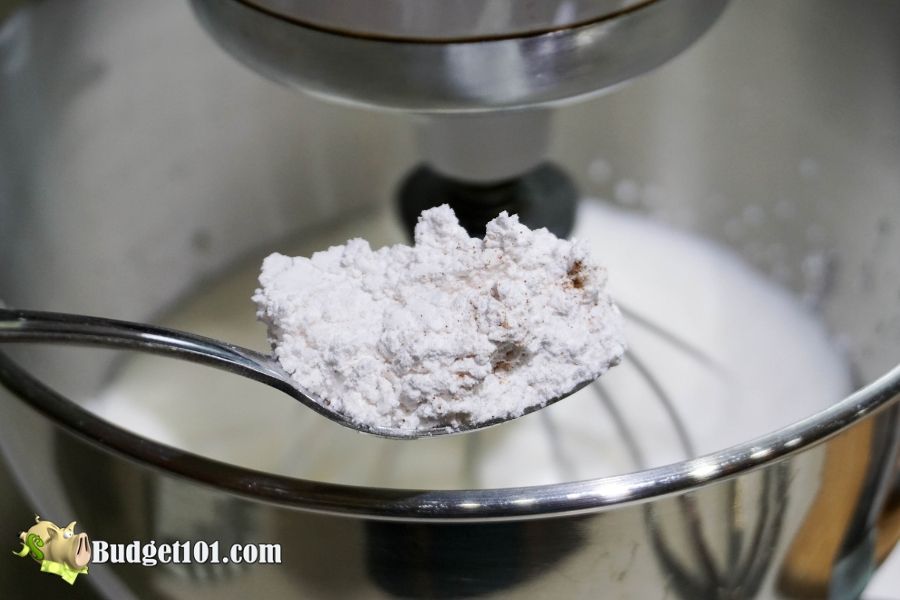 Give it time to mix in between each addition, you don’t want clumps of sugar. 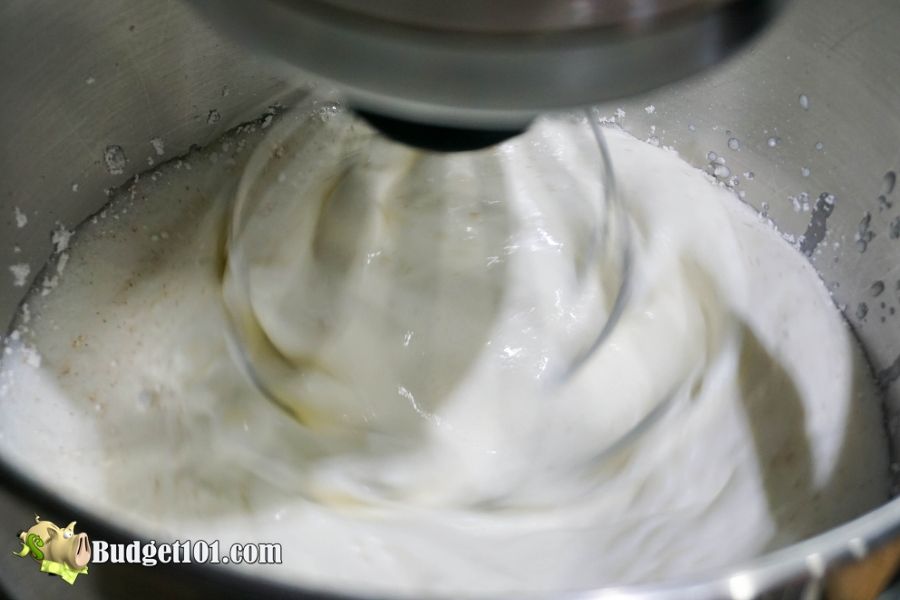 Once the cream starts to form soft peaks, add the half and half cream… 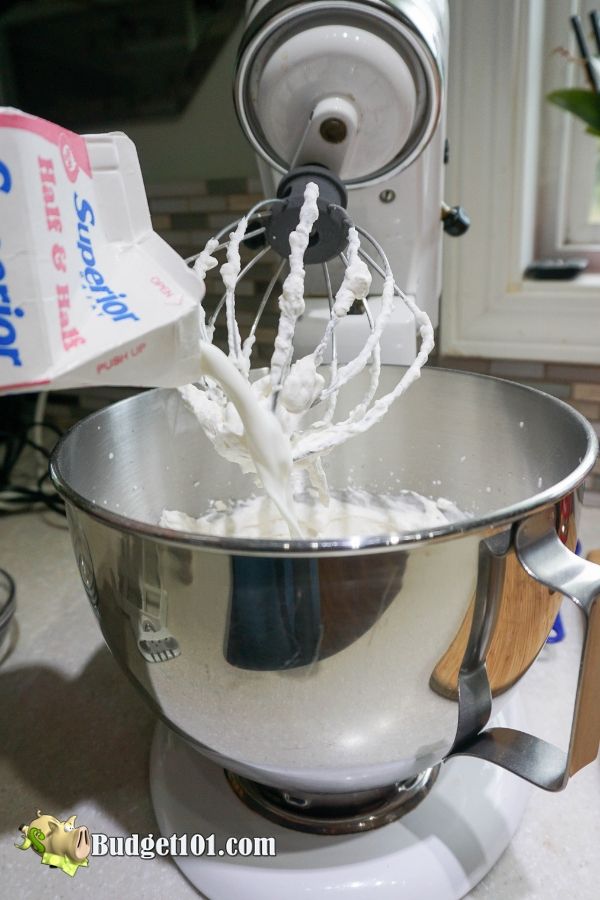 and then the vanilla, and gently mix for a few seconds to incorporate the ingredients. 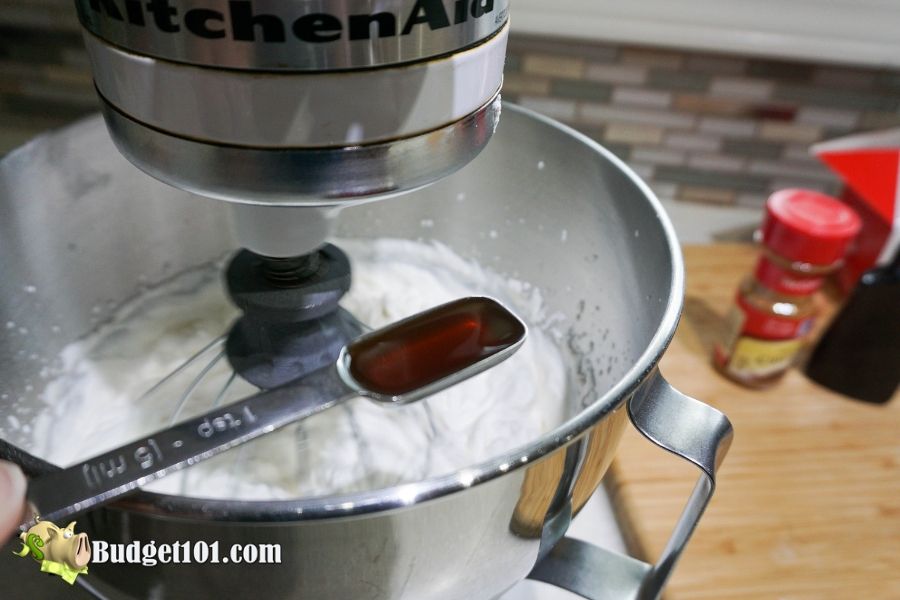 That’s all there is to the ice cream base, wasn’t that absolutely simple?!   This awesome whipped cream method because it makes super creamy ice cream with a smooth as silk texture.

Now assemble your ice cream maker, whatever one you happen to have. I’m using the ice cream attachment for the KitchenAid mixer. Transfer the cream mixture to the ice cream bowl and start churning! 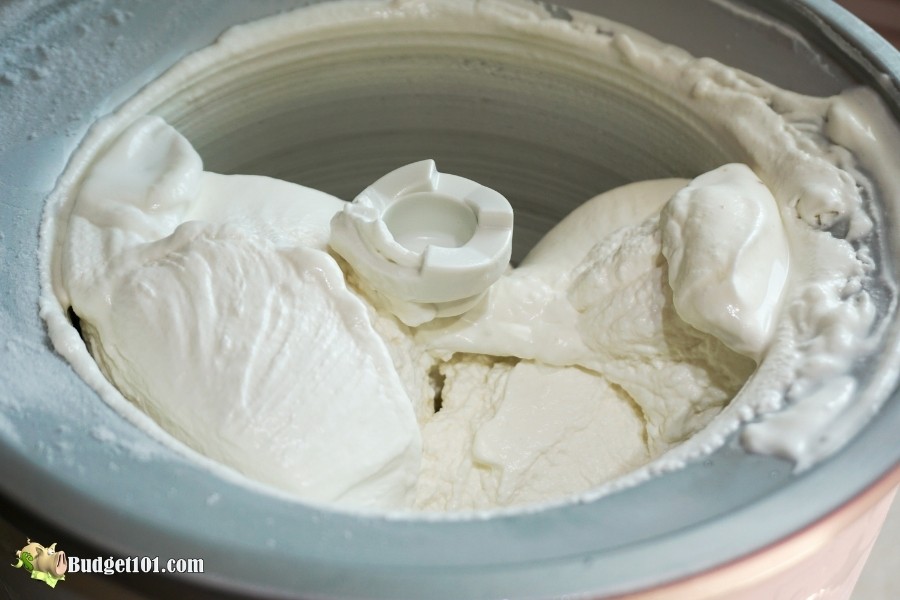 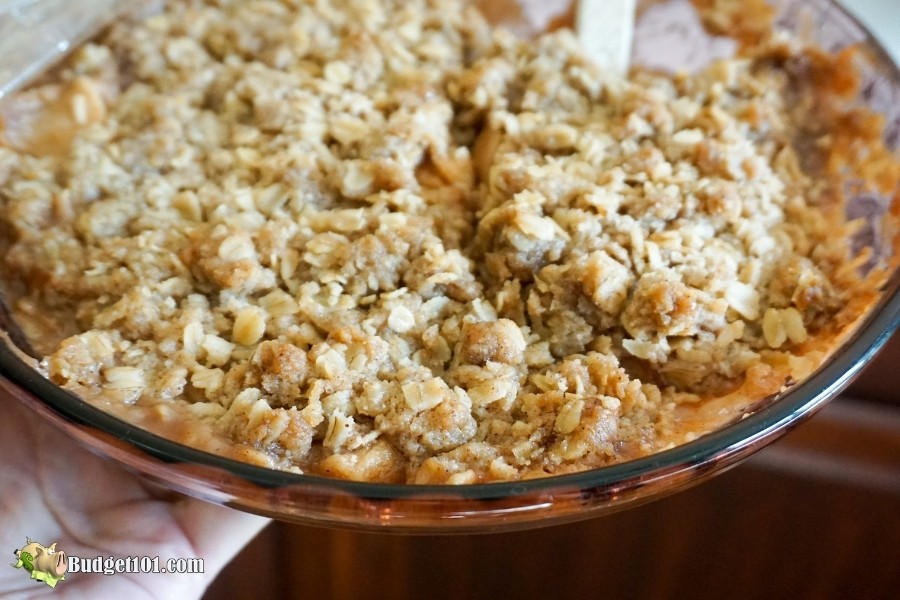 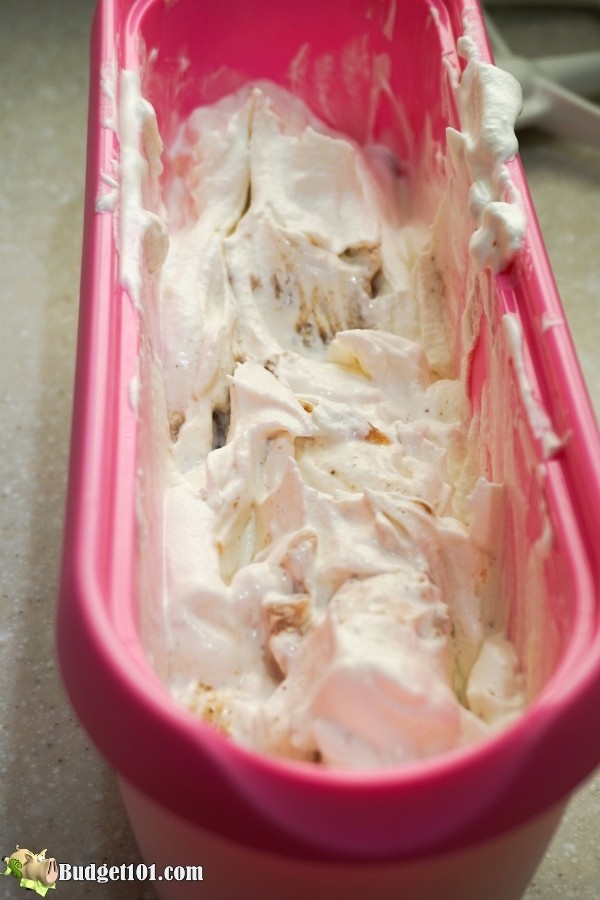 I use these fabulous SUMO ice cream containers. They are double insulated and they help keep homemade ice cream scoopable. 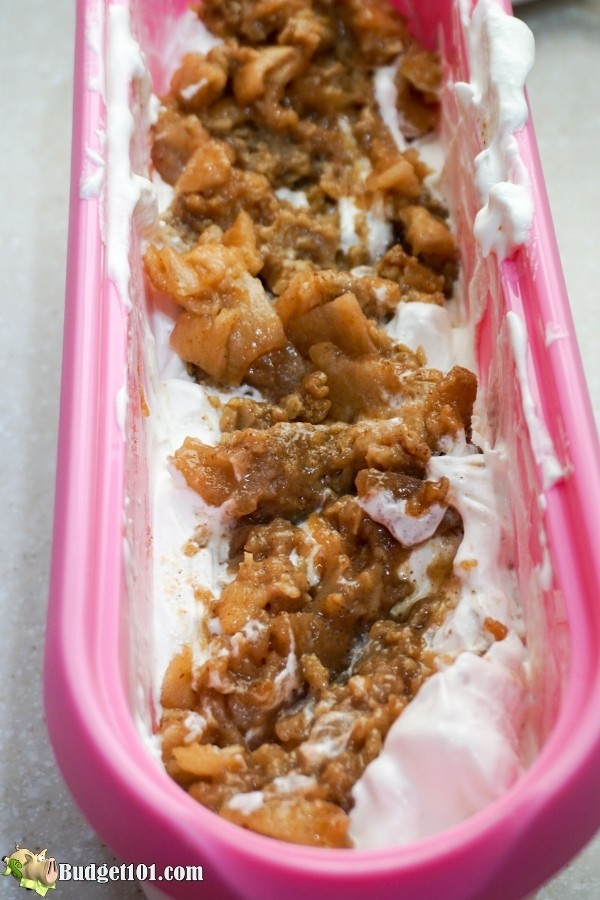 Luckily, they are slender, which makes it easy to fit them into the door or in an overstuffed freezer. They also stack easily and  the lid has a spot to label the contents with a whiteboard marker to easily identify the flavor. 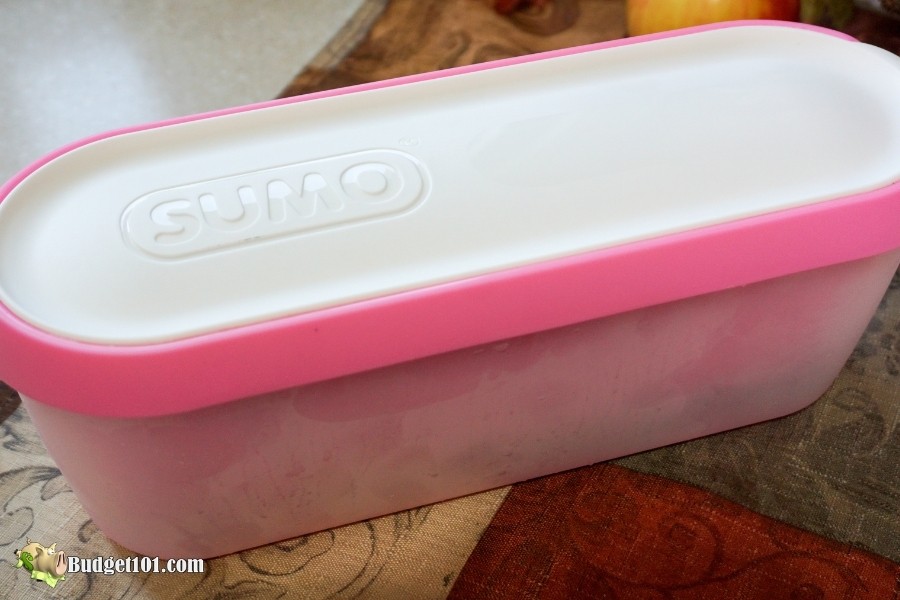 As if that weren’t enough of a selling point, they’re dishwasher safe too! 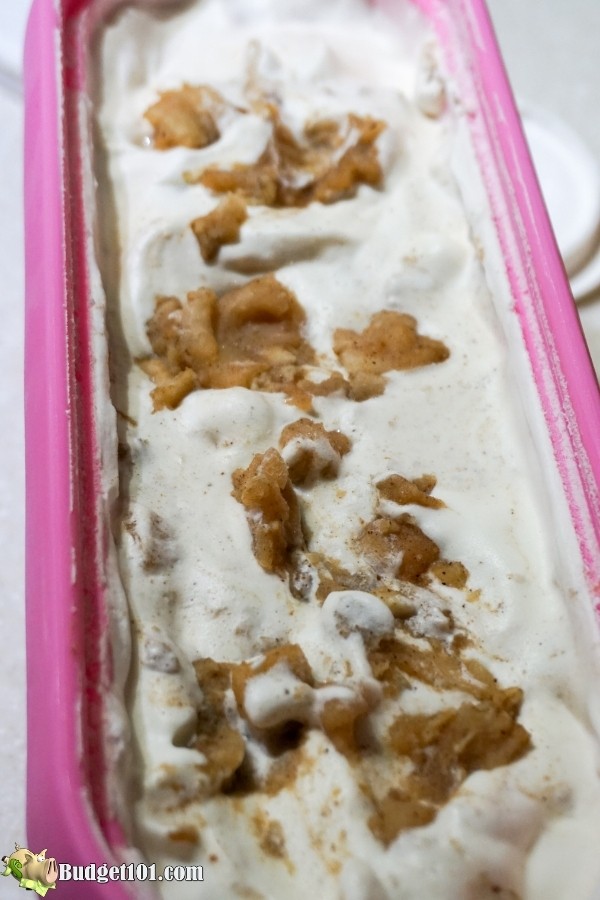 In a small bowl combine the powdered sugar and the apple pie spice until thoroughly blended, set aside.

In a large mixing bowl, beat the heavy cream until it starts to thicken. With the machine running, add the spiced powdered sugar, 1 heaping spoonful at a time, allow it to completely mix in before adding the next spoonful.

Add the half and half cream and vanilla extract. Whip for a few seconds to combine.

Transfer the mixture to an ice cream maker and process according to the manufacturer’s directions for that particular machine. While it’s churning chop up the apple pies into small chunks.

During the last 5-10 minutes of churning, add in the apple crisp chunks. Spoon the ice cream into a covered container and freeze at least 2 hours to allow it to cure. 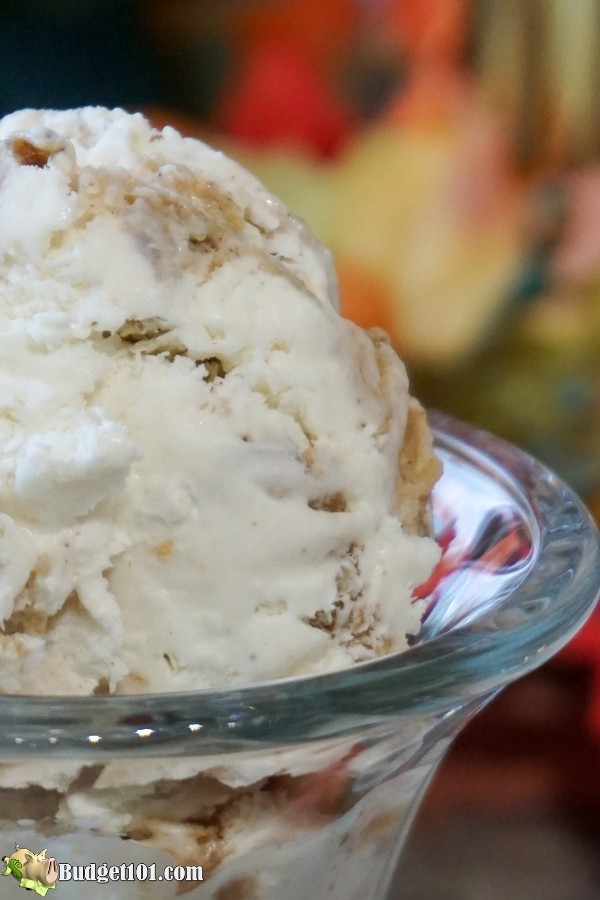 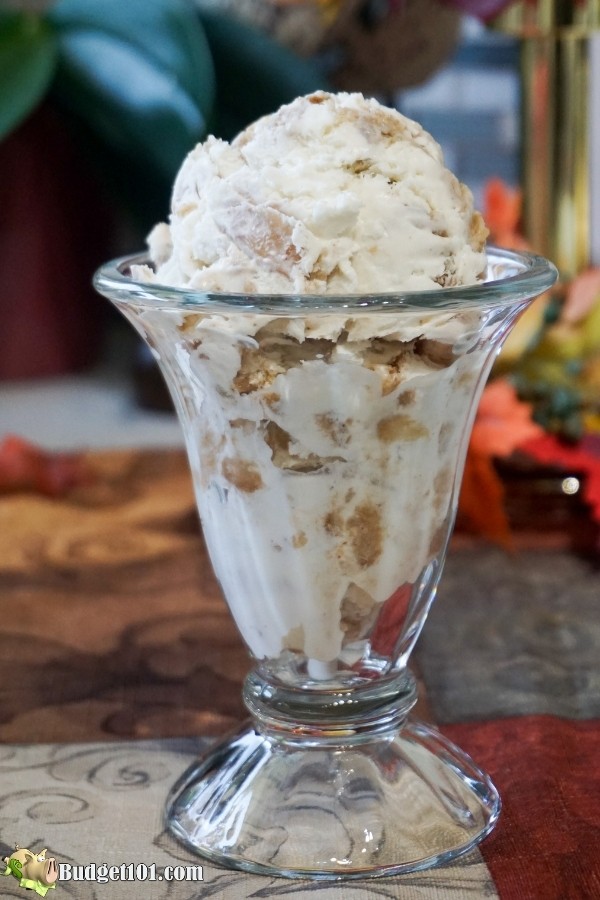 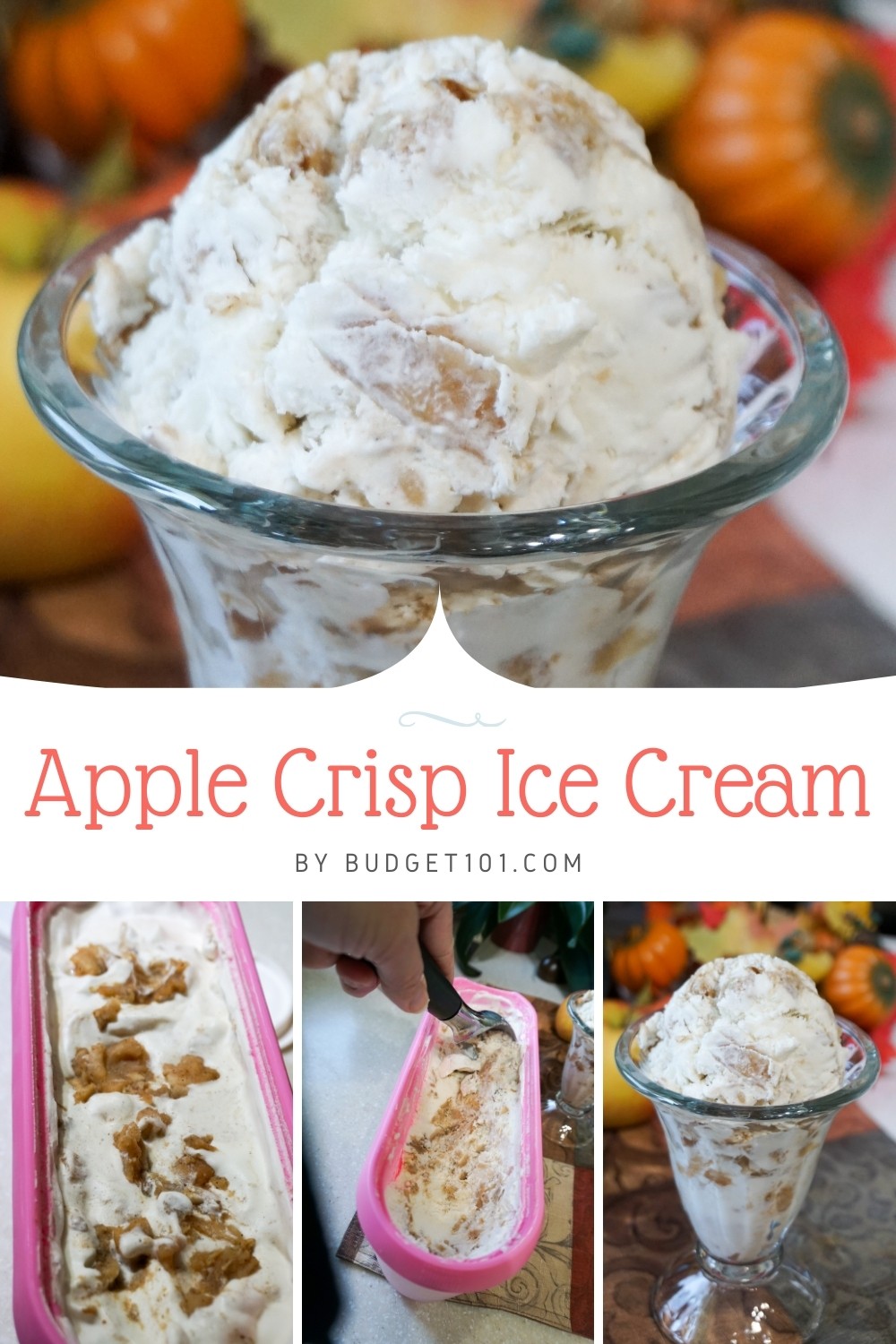