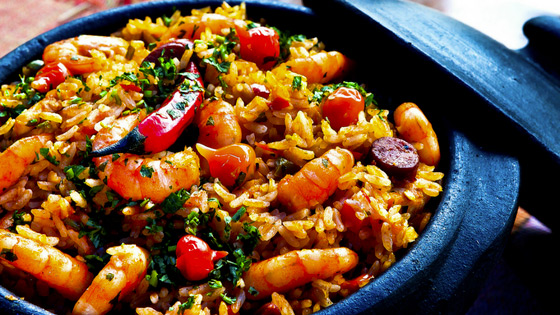 Creole food offers a kick of flavor that no other style of cooking can provide… and this 30 minute recipe is perfect for busy families to throw together during the work-week! 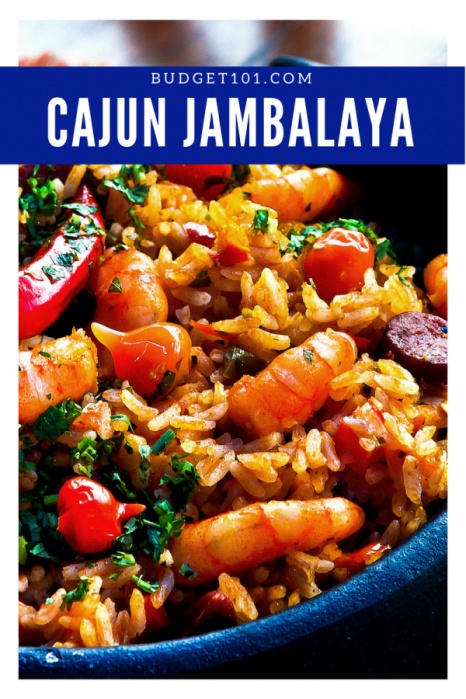 Traditionally speaking jambalaya is a hearty dish consisting of meat, vegetables, rice and seasonings originated in Louisiana and was heavily influenced by both Spanish and French Acadian cuisines. Some may argue that it should be prepared only in a cast iron skillet or dutch oven, but I’d argue it tastes divine prepared in just about any style of cookware you have on hand.

While you might be tempted to call this one Cajun jambalaya, there are a couple subtle differences between the two. For example, Cajun jambalaya is brown, whereas Creole jambalaya has a reddish or orange hue. The other big difference is in how it’s prepared. In the directions below, you’ll see that this dish is created in caramelized layers, allowing the flavors to properly marry. Essentially what that means is that the flavors are like a loving couple, they come together, enhancing each other, making the dish more grand and flavorful.

If you prefer a stronger, spicier Creole flavor, you’ll want to increase the seasoning to 2 tablespoons rather than 1 and a half.. If you’re a bit unsure of stronger creole flavors, stick with the amounts given it’ll give you authentic flavor that isn’t overpowering.

In a bowl combine shrimp, chicken and Creole seasoning, stirring to ensure that proteins are completely coated in seasoning, then set it aside and allow the flavors to marry.

Heat oil in a heavy skillet over high heat, add onion, pepper and celery, saute for 3-5 minutes until they caramelize with a rich brown color.

Stir in the uncooked rice and slowly add broth.

Reduce heat to medium, cover the pot and cook until rice absorbs liquid and becomes tender, stirring occasionally, about 15 minutes.

Once the rice is tender cooked, add shrimp and chicken mixture and kielbasa.

Cook until meat is done, about 10 minutes more.

Season to taste with salt & Pepper.