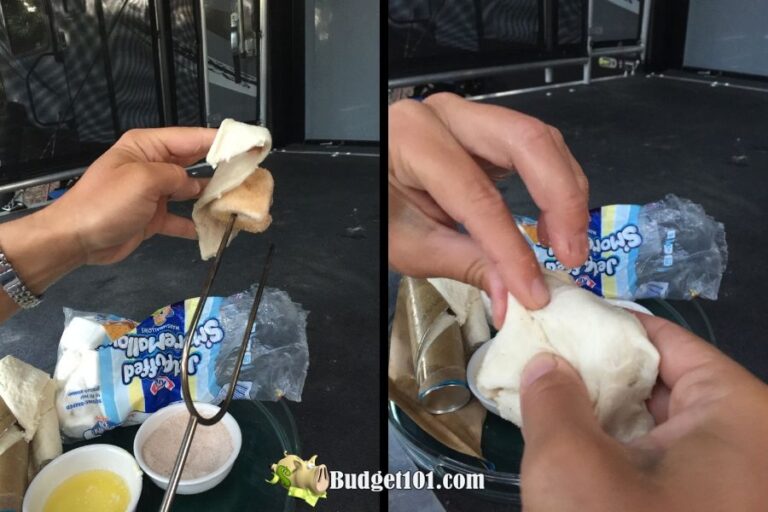 Campfire Cinnabursts on a stick is one of our favorite camping recipes! They taste like the middle of a cinnamon roll, as it cooks the marshmallow completely dissolves, mixing with the cinnamon creating the delicious cinnamon center that you’ll look forward to EVERY CAMPING trip!

I’ve got to warn you though, cheaper isn’t better when it comes to choosing your marshmallows. Jet-Puffed marshmallows by Kraft works the best, other brands will not melt completely, in fact, some of them barely melt at all. We also make these in pie-irons too, but this one is best for a quickie dessert. 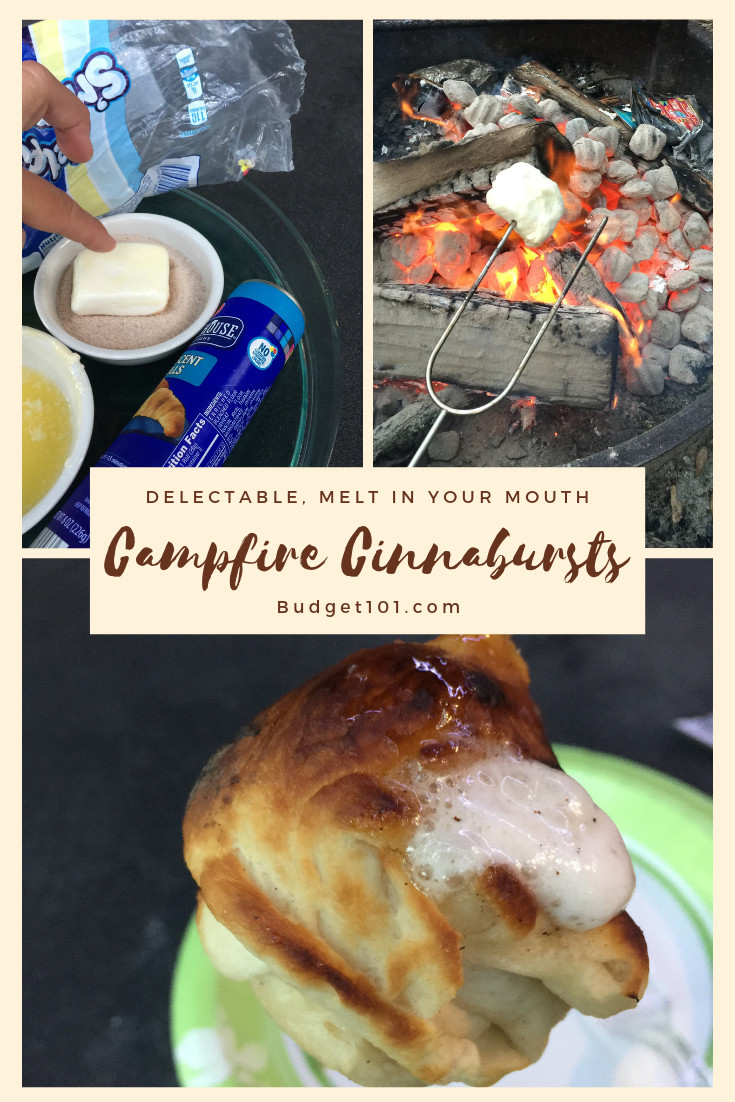 A note about the marshmallows in the photos, normally we use regular-sized marshmallows for this recipe. However, my other half is a little more adventurous when he shops and he came home with these monstrous square marshmallows.  This year he also managed to find chocolate stuffed marshmallows (which were delicious, by the way!) and they actually melted really fast too.

You’ll Need:
A Hot Campfire
1 pkg of crescent rolls (such as Pillsbury – but the store brand will do nicely)
Softened Butter
Marshmallows
Cinnamon/Sugar Mix

How to Make Campfire Cinnabursts

The butter only needs to be softened, it doesn’t need to be fully melted- but that’s what you get when you leave real butter out in South Carolina when you’re camping in the summertime! 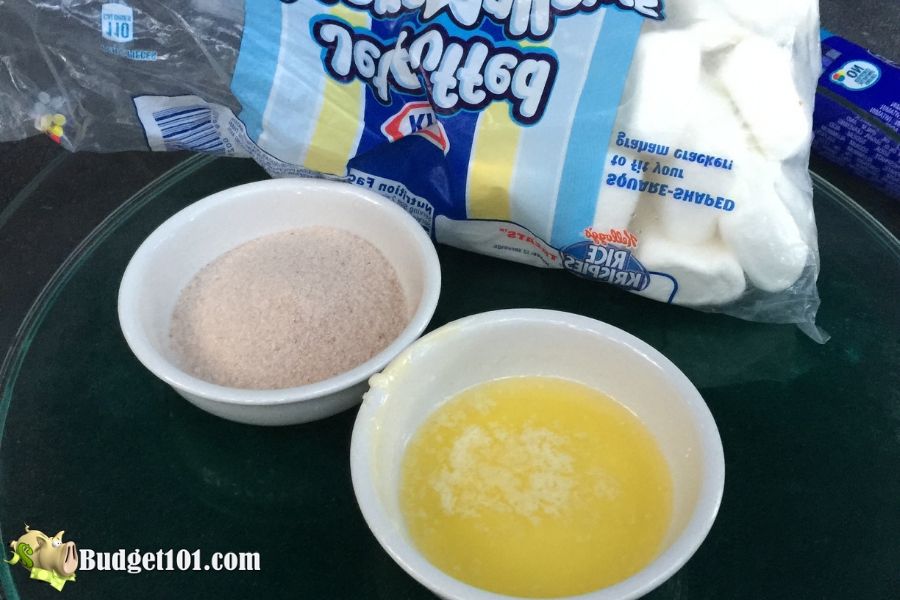 Unroll the crescent rolls and have one ready, then dip the marshmallow in the softened butter. If the butter is soft, but not melted, be sure smooth it on the surface, kind of like buttering toast. 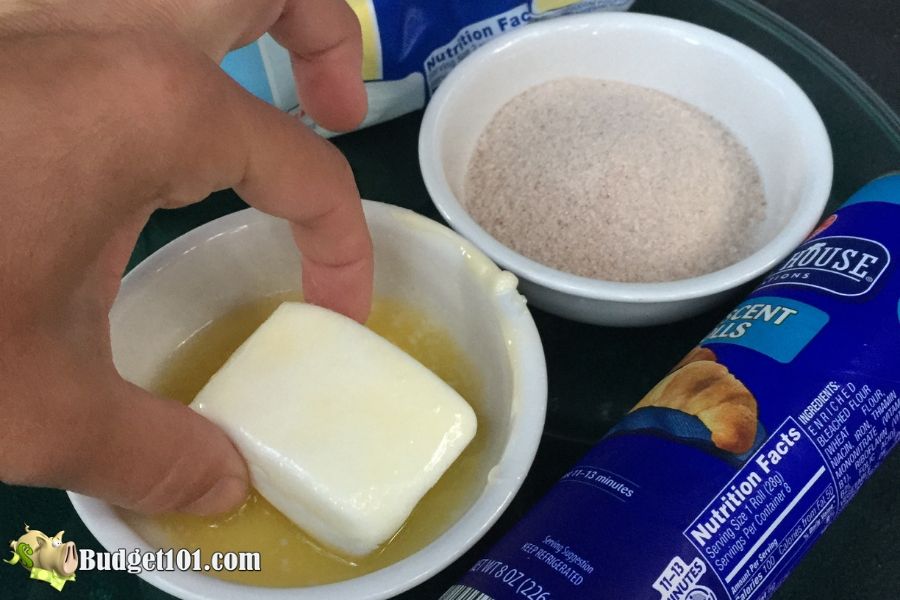 Coat the marshmallow completely in the cinnamon sugar mixture. 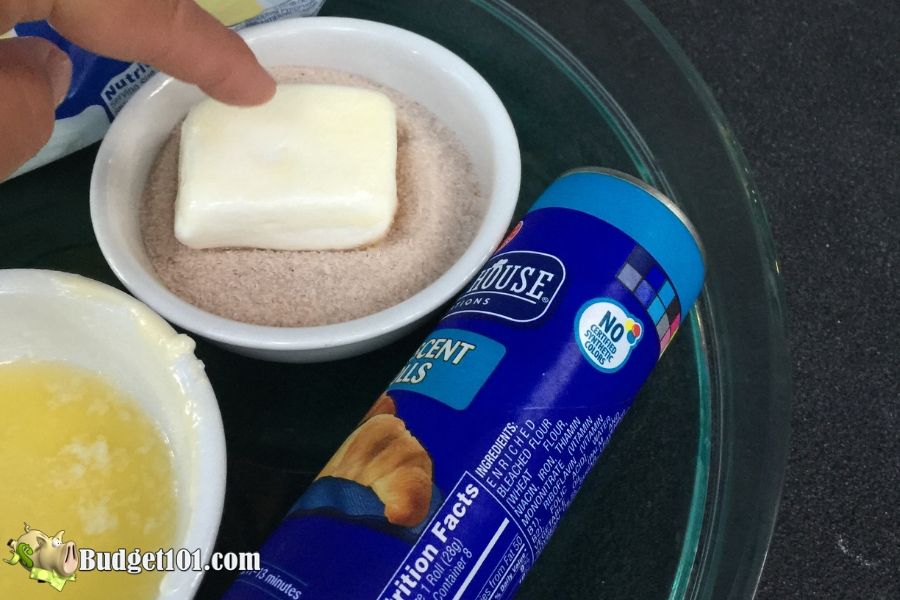 Be sure to coat both sides, you could even quickly re-dip it in the butter and cinnamon for a double coating!! 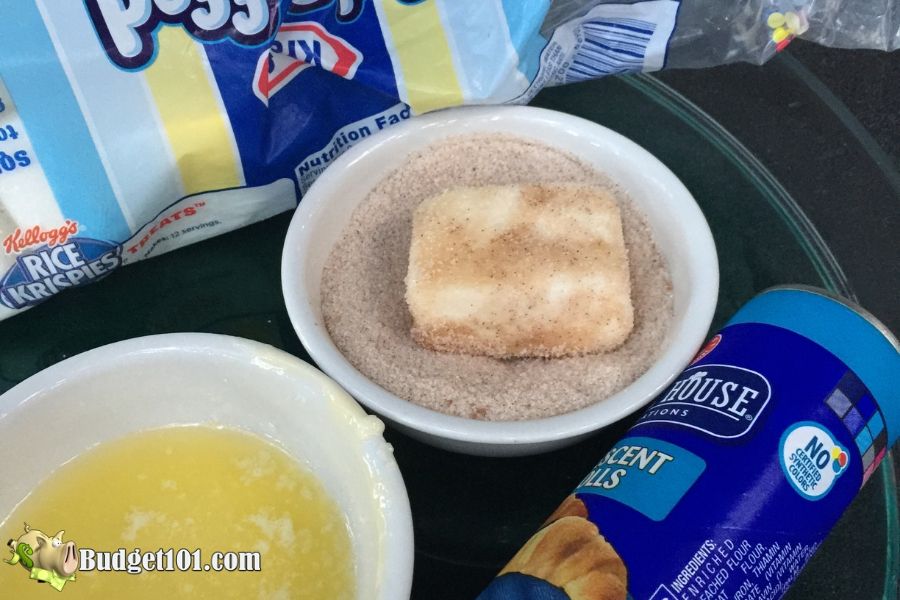 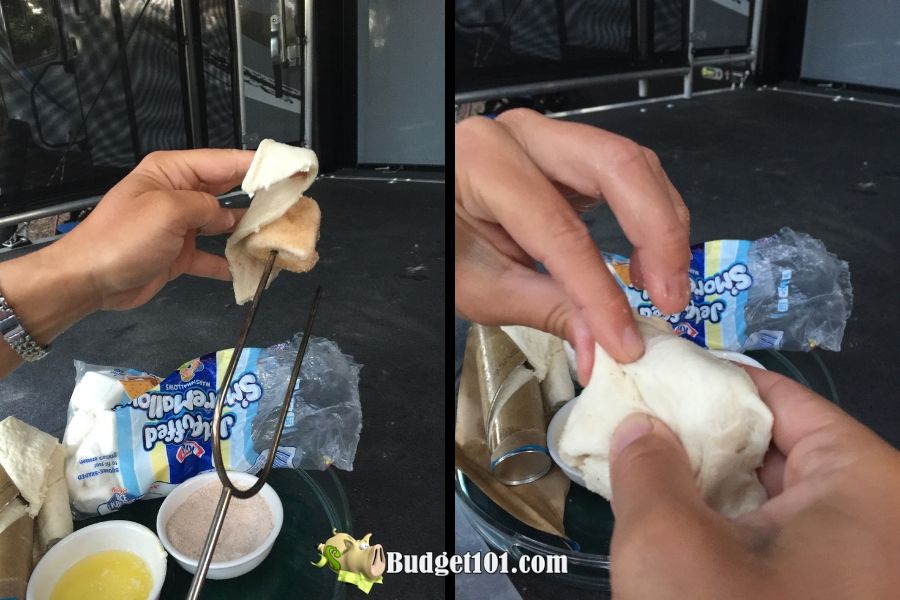 Push the stick through and then cook them over the campfire coals. 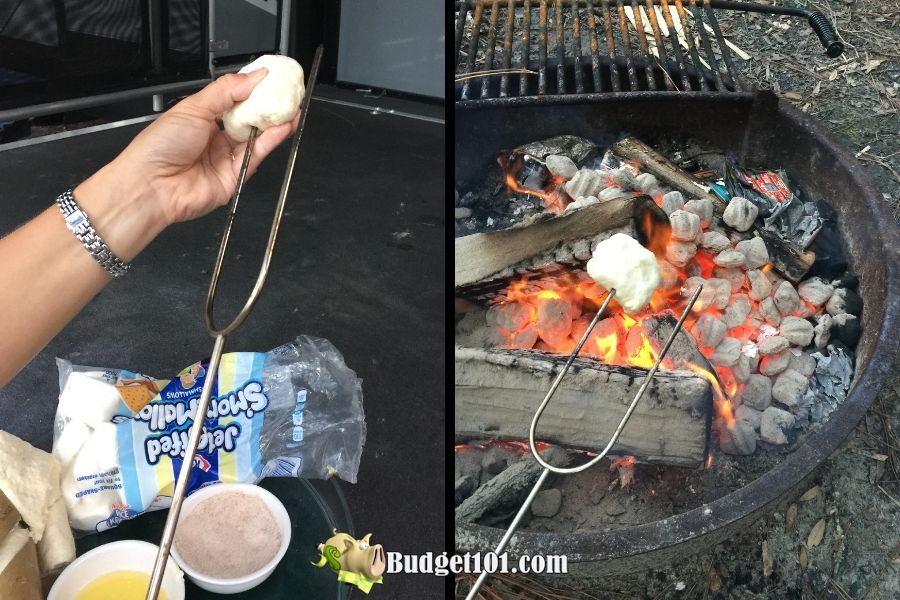 These take 7-10 minutes to fully cook, depending on how close you hold them to the coals. Be careful not to burn them!

I’d love to give you the money-shot here, but to be perfectly honest with you, every single time we make these, they smell so good that I forget about getting the damn photo! In fact, this time, I set my camera down completely and got caught (in a rather unladylike position!) cooking my own to devour.

My son was kind enough to let me snap a single photo (on the right) of his, but that’s just with a regular size marshmallow, not one of the marshmallow squares. 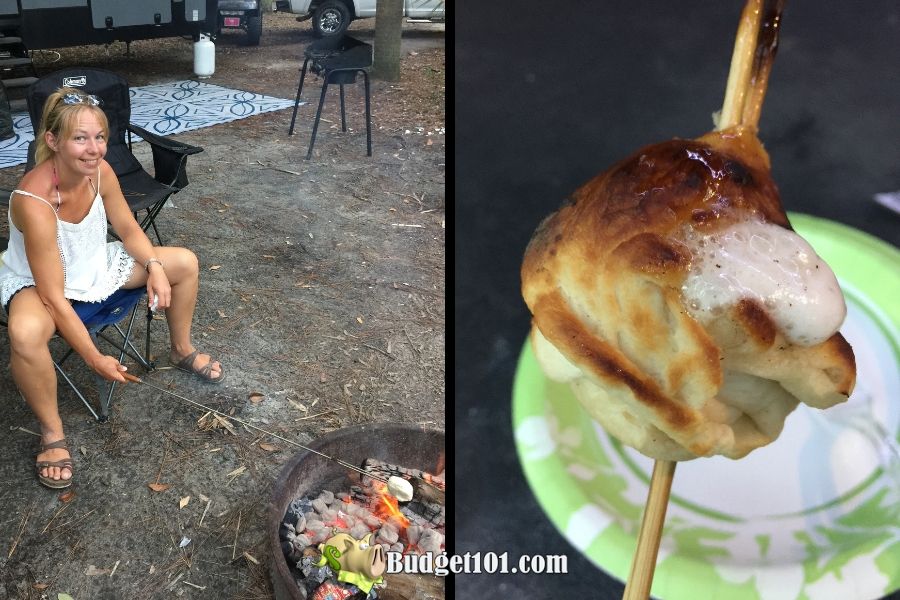