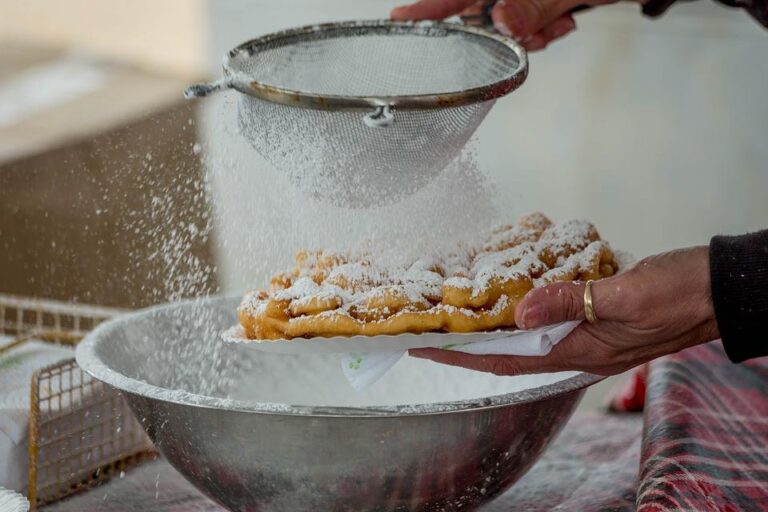 If you love the taste of the County Fair, you can bring it home with you. You don’t have to pay $5 for a single funnel cake- you can make an entire batch for less than $1.00!

Fair season is fun, but with all that’s going on in the world right now, we’re opting out of the usual fall treat. Instead, we’re having a carnival of sorts of our own, of all our favorite friends and our favorite fair foods. One of my favorites happens to be Funnel Cakes! 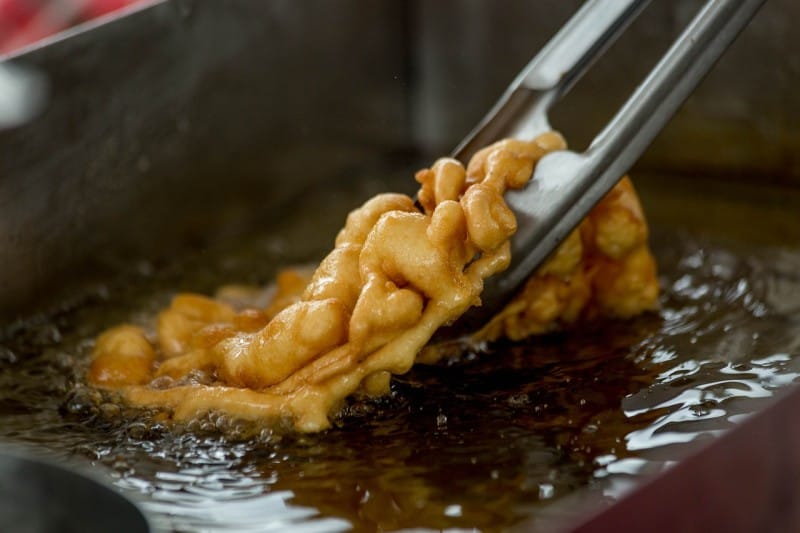 If you’ve never had the pleasure of munching on a funnel cake, let me explain what it tastes like. It’s like someone took donuts and pulled them apart into slivers of deliciousness and then dusted them with powdered sugar and a dash of cinnamon.

To make these just combine the ingredients, mixing well. Heat oil to 350F and pour the batter in thin streams into the oil, allowing the funnel cake batter to overlap here and there. These are originally called funnel cakes because people often use a funnel to pour the batter through to create the stringy puffs of batter.

The following recipe is meant to be prepared ahead of time and placed in the pantry until needed or given as a gift.

Layer all ingredients in Jar Or vacuum seal bag.

Fry 1 minute on each side (or until golden brown) Turn only once or they will be greasy. 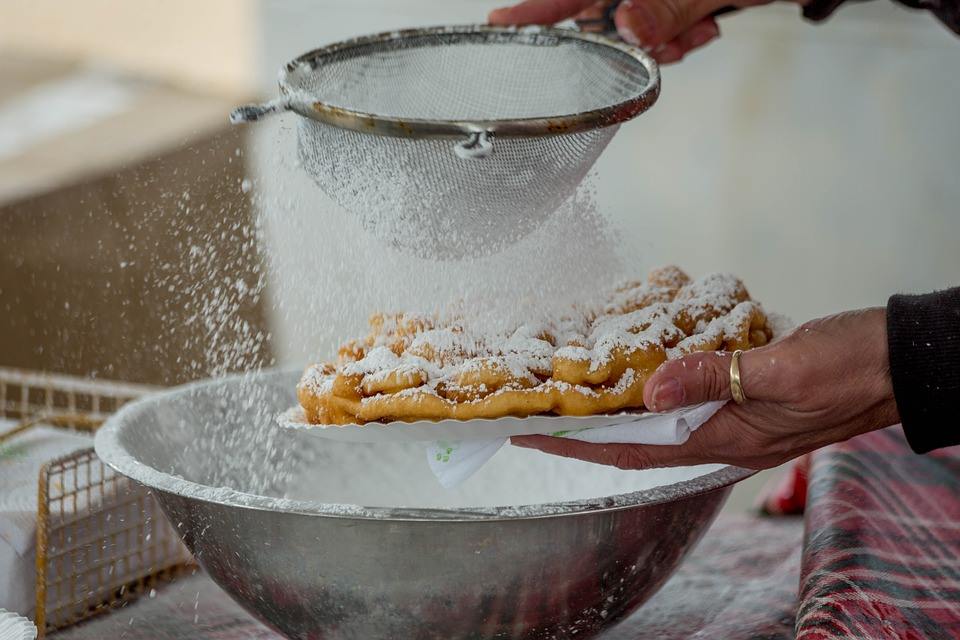 Can you Freeze these for later?

Much like donuts, funnel cakes are best enjoyed fresh. It’s not recommended to refrigerate or freeze them for later. They become soft, mushy and rather bland, kind of like reheated french fries.

If you love fair foods, try these delicious homemade corndogs, and fried dough and mini funnel cakes. We’d love to hear what your favorite fair foods are in the comments below!