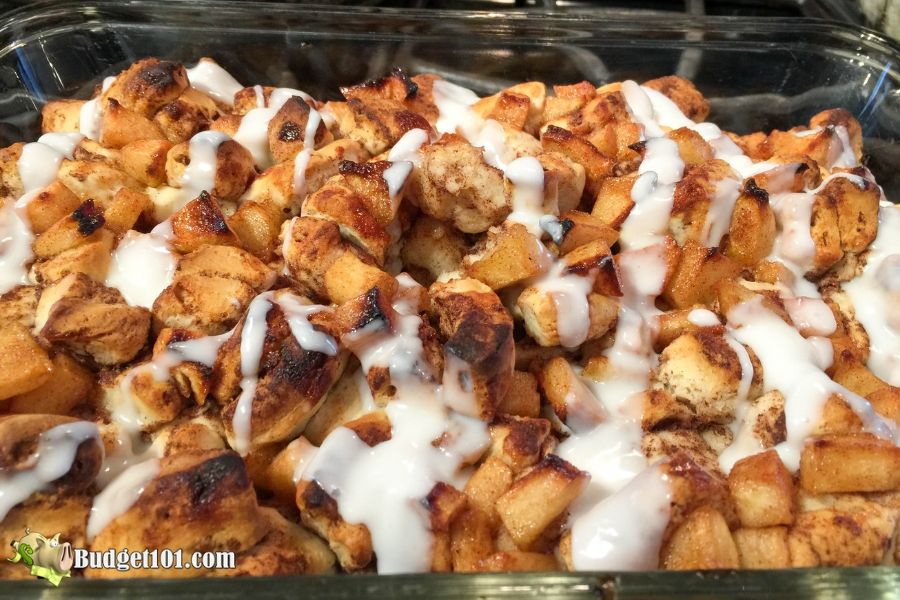 Melt the butter in a skillet, and add the apple chunks, sprinkle with brown sugar. 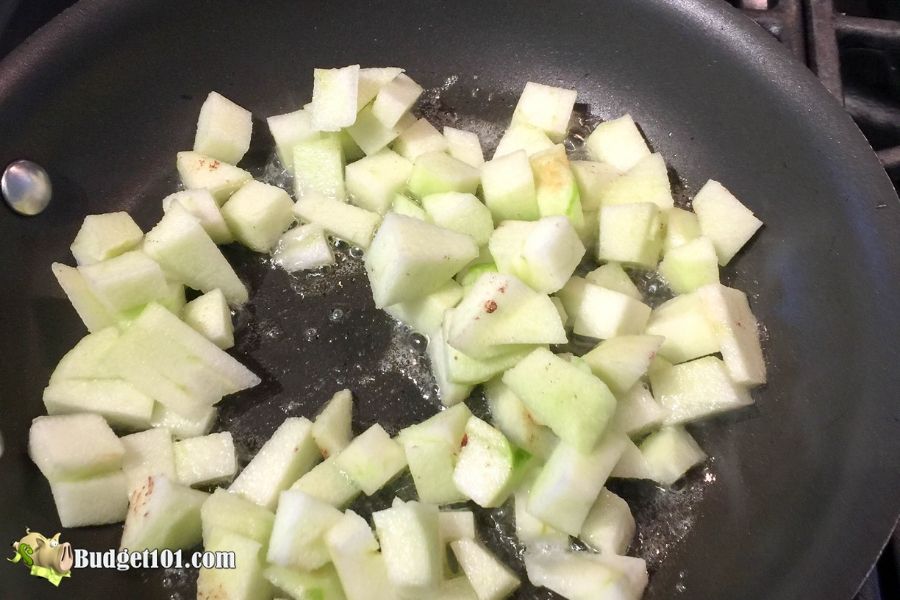 Sauté the delicious apple chunks until they are softened, lightly browned and caramelized. Then carefully remove the pan from the heat and set it aside. 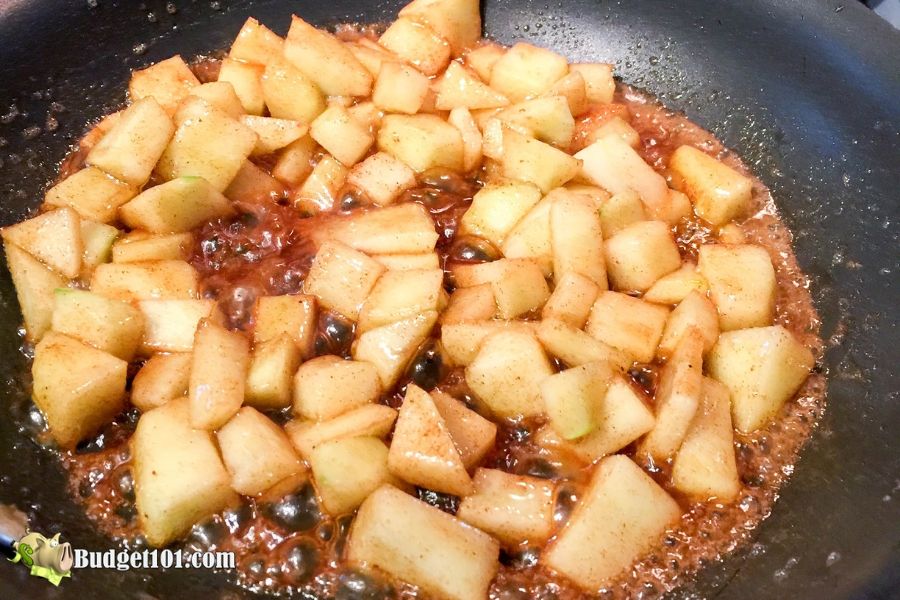 Cut each cinnamon roll into quarters, and place them in a lightly greased baking dish. You can actually use homemade cinnamon rolls in your recipe if you prefer as well, just make your favorite recipe then cut the raw dough into pieces. 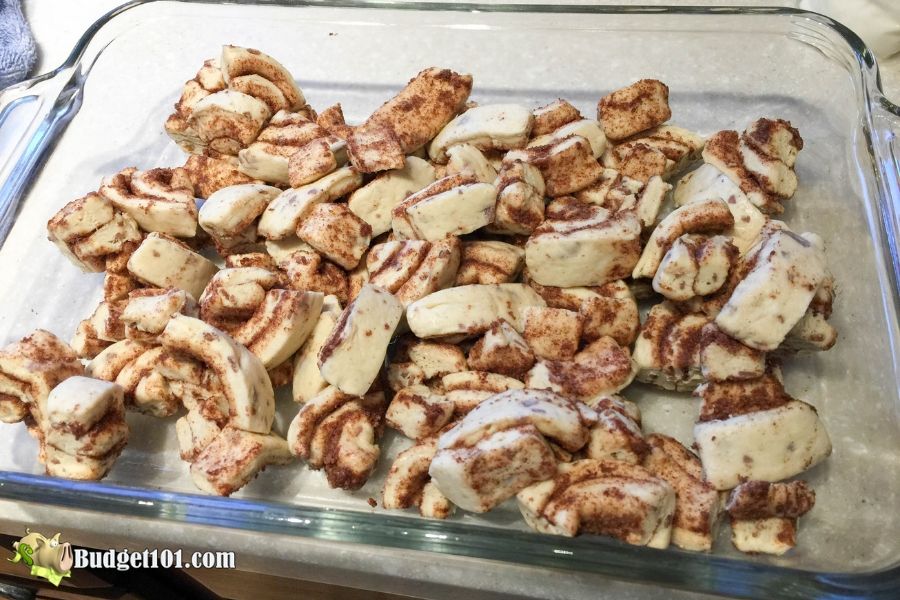 Pour the caramelized spiced apple pieces over the top of the cinnamon roll pieces. Spread the apples evenly over the top. (sorry for the blurry photo here, it’s hard to hold a camera & cook at the same time, lol). 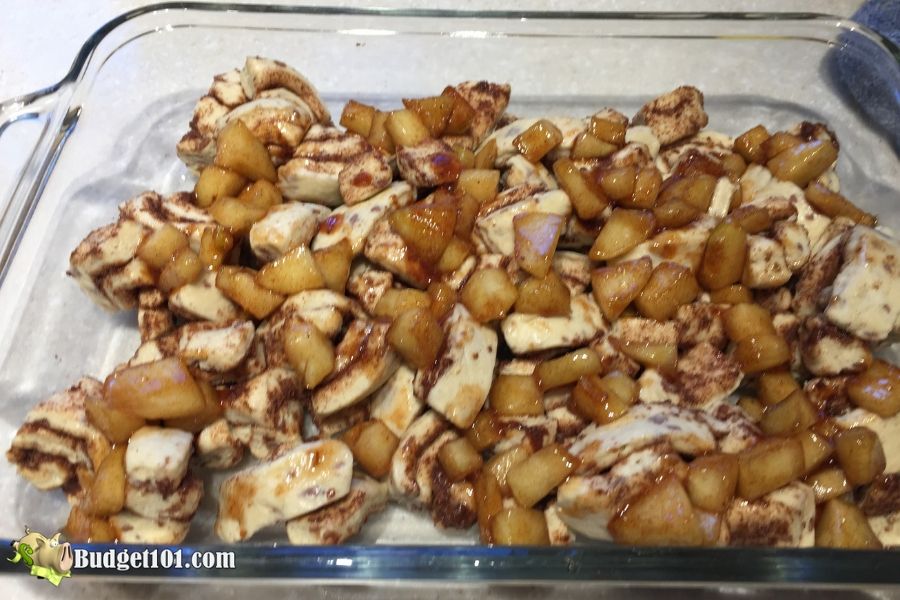 Bake until the apple cinnamon roll bubble casserole is bubbling around edges and dough is baked through. Let stand ten minutes to cool.

Drizzle the icing that came with the cinnamon rolls over the casserole when it’s done. If you made your own homemade cinnamon rolls and you’d like to add an icing you can combine 1/2 cup of powdered confectioners sugar,  1/2 tsp of vanilla extract and 1 tsp of milk together to make an icing. 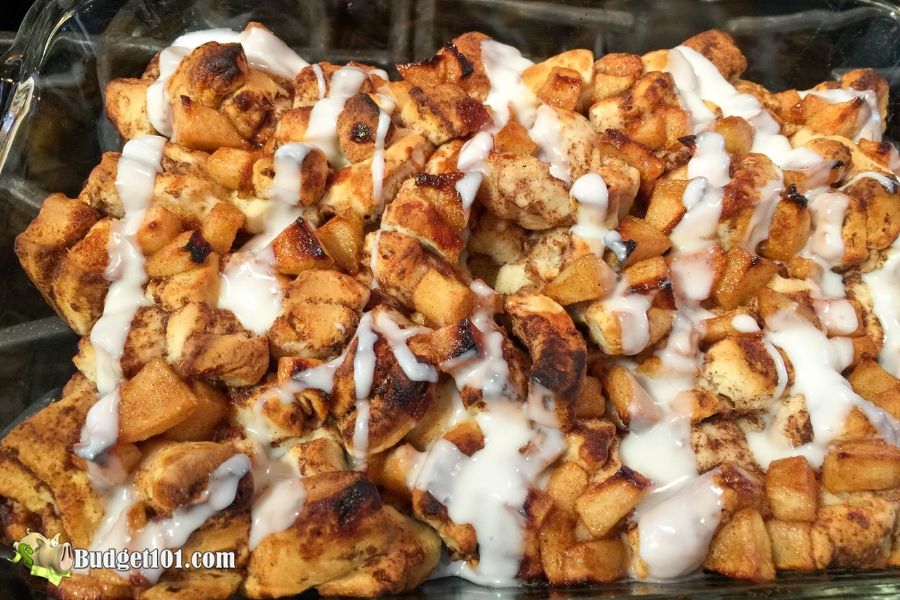 Melt the butter in a skillet, and add the apple chunks, sprinkle with brown sugar, sauté until softened and lightly browned & caramelized, remove from heat.

Open the cinnamon rolls and cut each cinnamon roll into quarters, and stir into apple mixture. Pour everything into a baking dish.

Bake 26 to 32 minutes or until bubbling around edges and dough is baked through. Let stand 10 minutes.

Drizzle the icing that came with the cinnamon rolls over the casserole when it’s done. 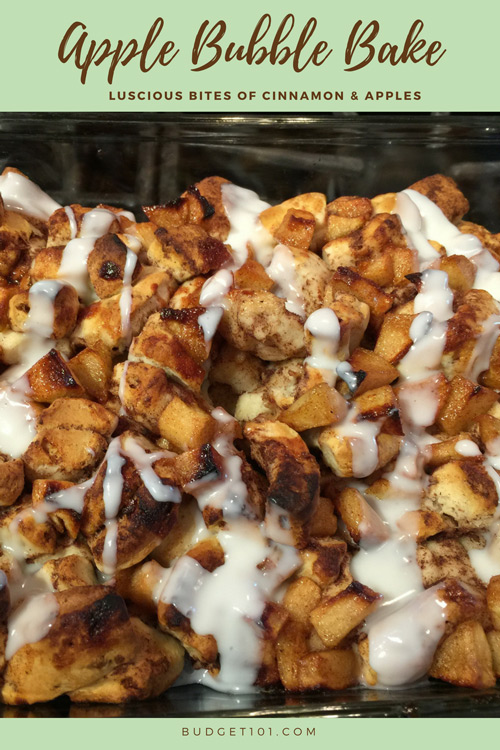 About Liss 4190 Articles
Melissa Burnell, known to her friends and fans as "Liss," grew up in Southern Maine, now residing in sunny South Carolina. As a busy Wife, Mother of two sons, an avid photographer, and self-employed entrepreneur, Liss understands the value of both time and money.
Website Facebook Instagram Twitter YouTube

Sausage and Rice Casserole Mix in a Mug

Dangers of A Cashless Society