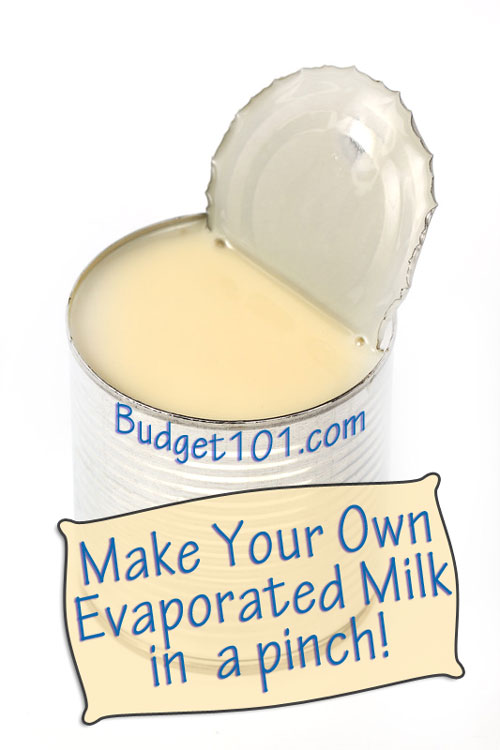 Evaporated milk is one of those items to always keep on hand in the pantry, but what’s a person to do if the recipe calls for evaporated milk and you’re all out? Well, don’t fret, here’s how you can make your own!

If you’re not familiar with evaporated milk, also known as dehydrated milk is a shelf stable canned milk product made with approximately 60% of the water removed from fresh milk. It’s not the same thing as sweetened condensed milk, which contains sugar. Evaporated milk has been condensed to a 50/50 concentration.

If you have a recipe that is calling for evaporated milk and you don’t have any on hand, here’s how to quickly make the equivalent of one 12oz can (by volume):

Combine the two ingredients with a whisk until the powdered milk is fully dissolved. That’s it! Now use it in any recipe calling for evaporated milk.

This works well in chowder recipes, pumpkin pie and any other recipe calling for evaporated milk.

If your recipe calls for sweetened condensed milk, you can make your own.

How much does this cost?

Evaporated milk is generally about $1 per can & homemade is about 72¢, but this isn’t about being cheaper, it’s about not having to make an extra trip to the store for a single ingredient to finish a recipe. 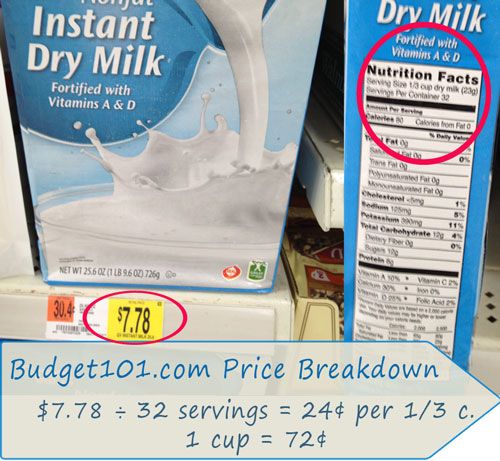 About Liss 4052 Articles
Melissa Burnell, known to her friends and fans as "Liss," grew up in Southern Maine, now residing in sunny South Carolina. As a busy Wife, Mother of two sons, an avid photographer, and self-employed entrepreneur, Liss understands the value of both time and money.
Website Facebook Instagram Twitter YouTube