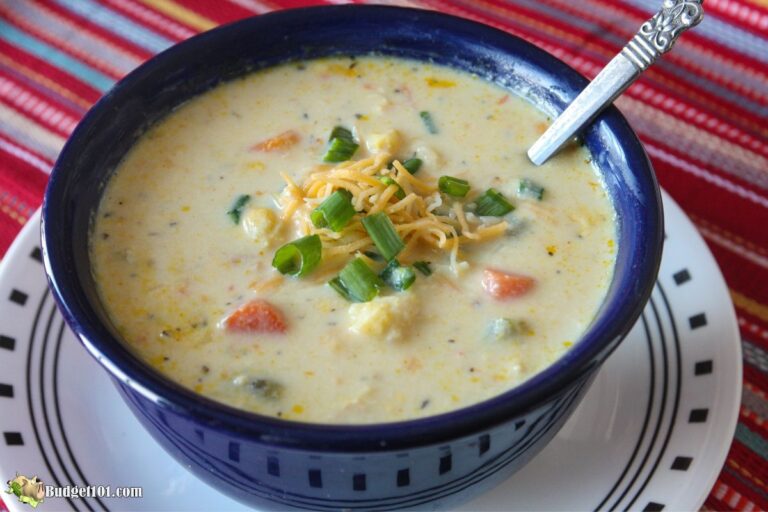 Looking for a relatively inexpensive dinner that can be thrown together in under 30 minutes? This hearty bacon corn chowder is filling, warming throughout the fall and winter months, and easily adaptable for additional people! 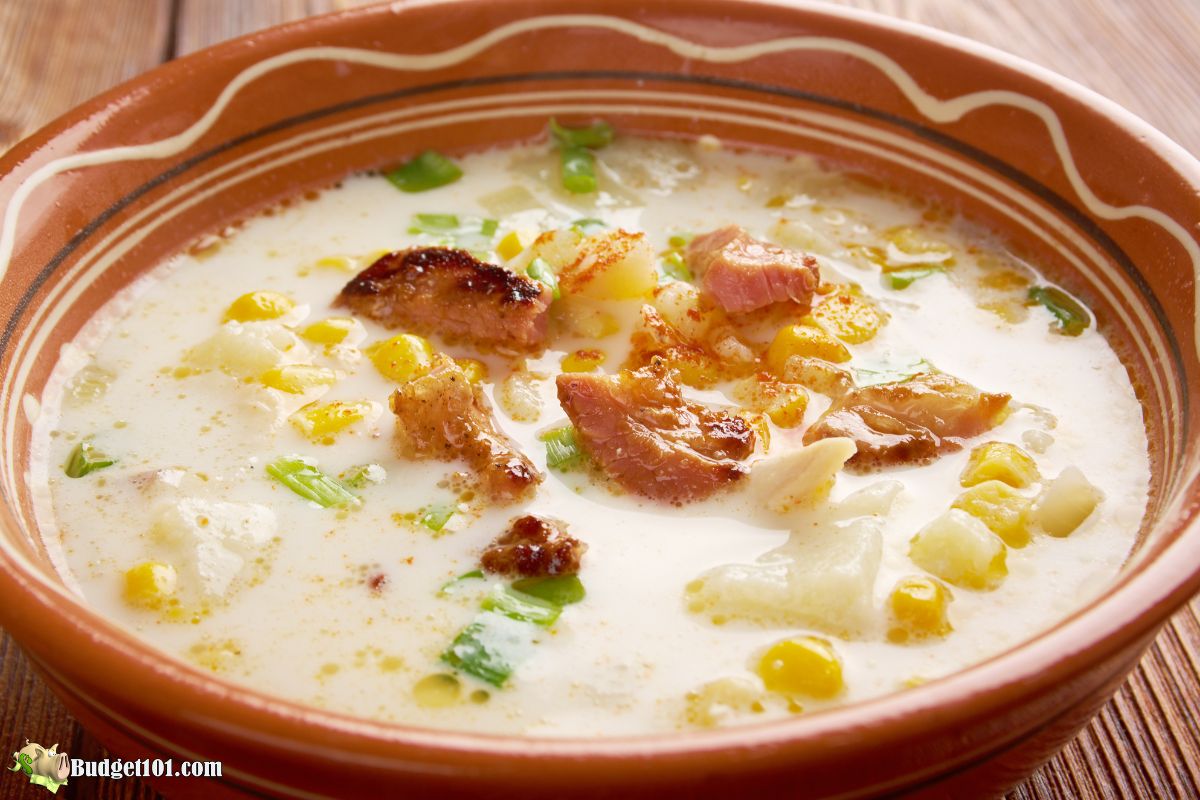 What is Bacon Corn Chowder

There’s nothing quite like a rich and creamy bowl of corn chowder on a cool fall day. And when you add bacon to the mix, it takes this already delicious soup to a whole new level. Bacon corn chowder is a hearty and comforting dish that is perfect for satisfying your hunger on a chilly evening. The thick and creamy soup is made with a base of milk or cream, and pieces of smoked bacon are added for flavor and texture.

Sweetcorn kernels are also added to the soup, giving it a touch of sweetness. This delicious soup can be garnished with shredded cheese, chopped green onions, or crumbled bacon before being served. So if you’re looking for a cozy and satisfying meal, look no further than bacon corn chowder.

Bacon is a great addition to corn chowder because it adds a smoky, salty flavor that pairs well with the sweetness of the corn. It can be cooked in a variety of ways, but my favorite method is to bake bacon in the oven.

To cook bacon in the oven, preheat your oven to 400 degrees F. Line a baking sheet with foil and place the bacon strips on top. Cook for 15-20 minutes, or until crisp. Remove from the oven and let cool on a paper towel-lined plate.

Another great ingredient in corn chowder is celery. Celery adds a crunchy texture and slightly salty taste to the soup. If you’re looking to add a bit more flavor and complexity to your dish, consider adding some chopped celery.

One of the reasons corn chowder is so delicious is because of the variety of spices and herbs that are used. In addition to salt and pepper, some common seasonings that can be added include thyme, rosemary, and parsley. These herbs add a flavorful depth of flavor to the soup. We’ve started with some, but experiment by using what you have on hand.

Finally, onions are a key ingredient in corn chowder. They add a sweetness and depth of flavor that pairs well with the corn and potatoes. If you’re looking to make your soup even more flavorful, try using caramelized onions. To caramelize onions, cook them over low heat in a bit of butter or olive oil until they’re golden brown and soft. This process takes about 15-20 minutes, but it’s worth it!

This corn chowder is best served fresh, but leftovers can be stored in an airtight container in the fridge for up to 3 days. Reheat gently on the stove over low heat until warmed through.

How to Make Bacon Corn Chowder 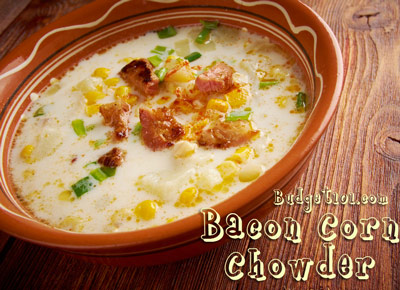 You’ll Need:
1 onion, finely chopped
1 stalk of celery, chopped up very small
a couple of pieces of cooked bacon, chopped up small (optional, adds color and flavor)
2 Tbsp butter or margarine or grease or oil
1 Tbsp flour
1 cup of milk or heavy cream
2 cups of chicken broth
1 bag of frozen corn (about a pound)
1-2 Large raw potatoes, scrubbed thoroughly and diced into small pieces- we don’t bother to peel them.
salt and pepper to taste

In a heavy saucepan, saute the onion and celery in two tablespoons of butter until nearly caramelized, stirring often. Deglaze the pan with the chicken broth, then add the diced potatoes, cover, reduce heat and cook for about 10-12 minutes, stirring occasionally.

Using a ladle, transfer 1/4 cup of the hot broth into a bowl and whisk in the flour to create a slurry. Pour the slurry mixture into the soup, stirring constantly, add the milk. Keep stirring until the soup has thickened slightly.

Add corn, bacon (if using), salt, and pepper to taste. Let the chowder simmer for a few minutes over medium-low heat to allow the flavors to incorporate completely.

If you want it to be smooth/creamy textured, puree half of it, recombine it, reheat, and serve. 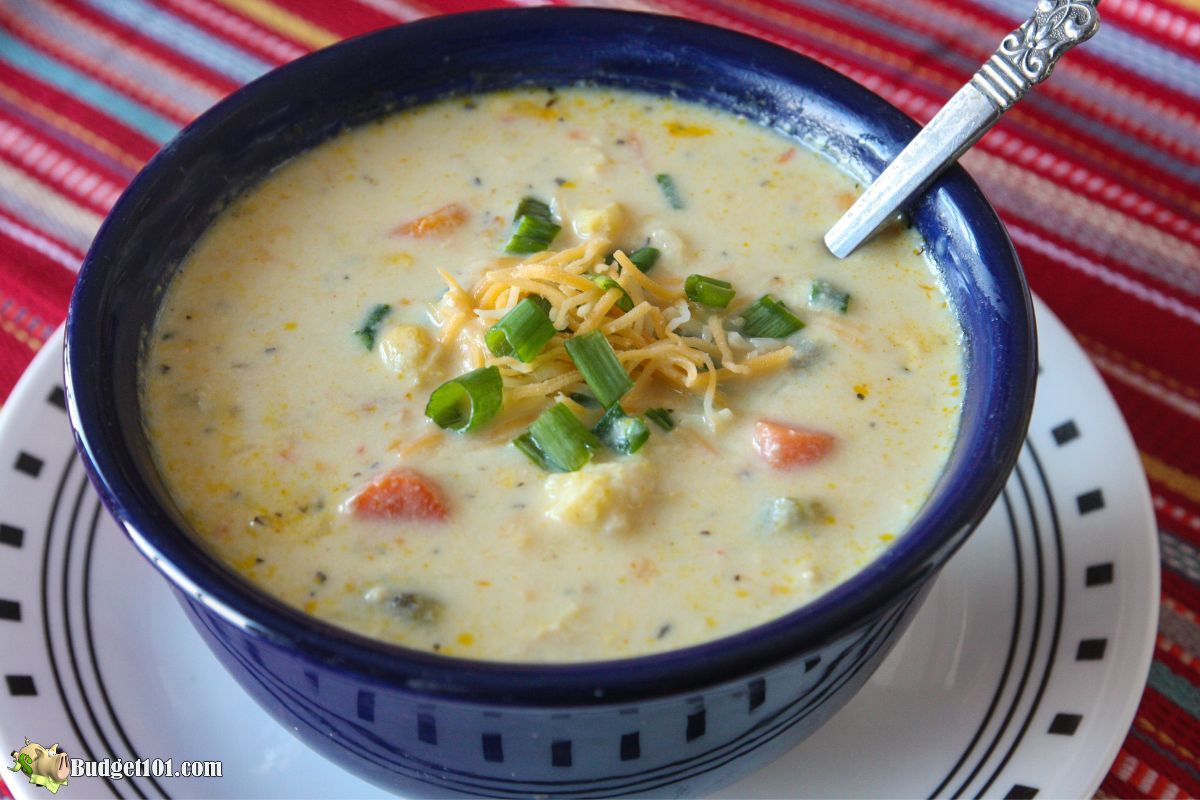 How to Make a Slurry

A slurry is a liquid mixture of water and a binding agent, such as flour or cornstarch. It is used to thicken sauces, gravies, and soups.

To make a slurry, simply combine equal parts of water and flour in a bowl and whisk until the mixture is smooth. Then, add the slurry to your desired dish and cook as usual. The flour will help to thicken the sauce or soup and give it a creamy texture.

And best of all, this frugal housewife trick is easy to do with ingredients that you likely already have in your pantry. So next time your sauce or soup needs a little thickening, reach for the flour and whip up a slurry. Your family will never know the difference.

What to Serve with Bacon Corn Chowder?

Paired with some crackers or a sandwich, this is quite filling and dirt cheap. The corn costs about $2 total, a dollars worth of bacon, but the rest of the ingredients are pennies a piece.

Alternatively, if you happen to have some leftover ham, a few chunks of ham taste wonderful in this hearty chowder as well.

How is Bacon Corn Chowder a Dirt Cheap Dish?

There are a lot of reasons why Bacon Corn Chowder is such a dirt cheap dish. First, it uses ingredients that are readily available and inexpensive. For instance, you can find bacon, corn, and potatoes at just about any grocery store. 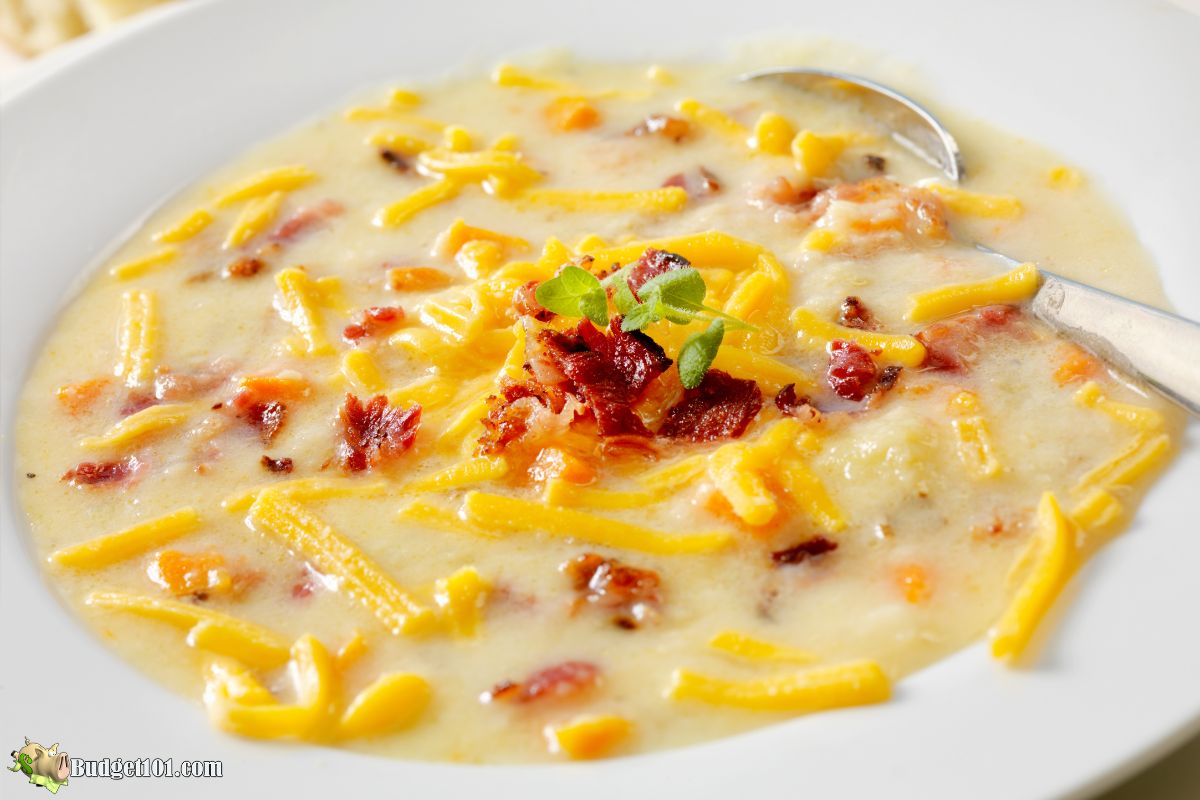 Second, it is a very easy dish to make. You don’t need any special skills or techniques to whip up a delicious batch of Bacon Corn Chowder.

Third, the dish is very filling and satisfying. A single serving will keep you full for hours, making it an ideal lunch or dinner option for those on a budget.

Lastly, Bacon Corn Chowder is extremely versatile. You can easily add other ingredients to the soup to change things up. For example, you could throw in some diced onions, celery, or carrots. Or, if you’re feeling adventurous, you could even experiment with different types of cheese or spices. No matter how you make it, Bacon Corn Chowder is sure to be a hit with your family and friends – and your wallet! 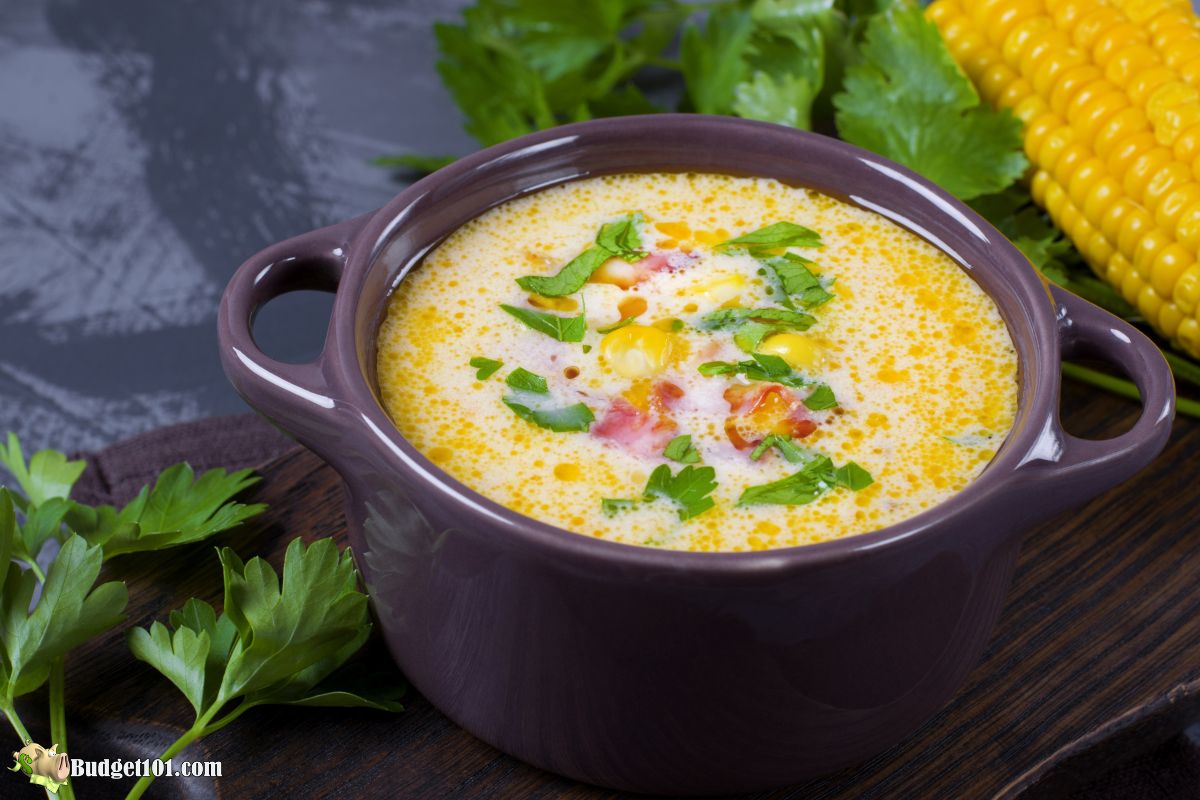 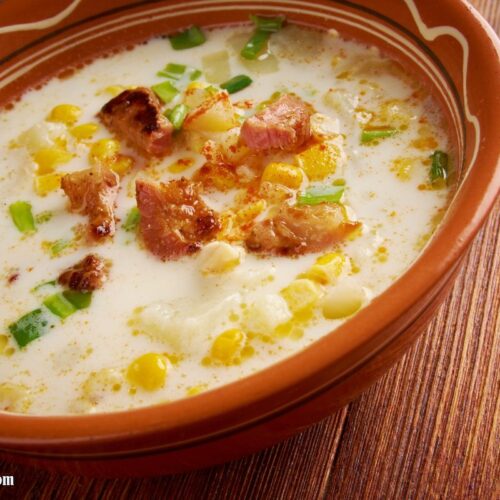 If you altered the ingedients above by doubling or tripling the recipe, you may also need to change the pan/dish size and adjust the cooking/baking time.