Did you know that you can make your own Apple Cider Vinegar at home and that it’s a relatively simple process? 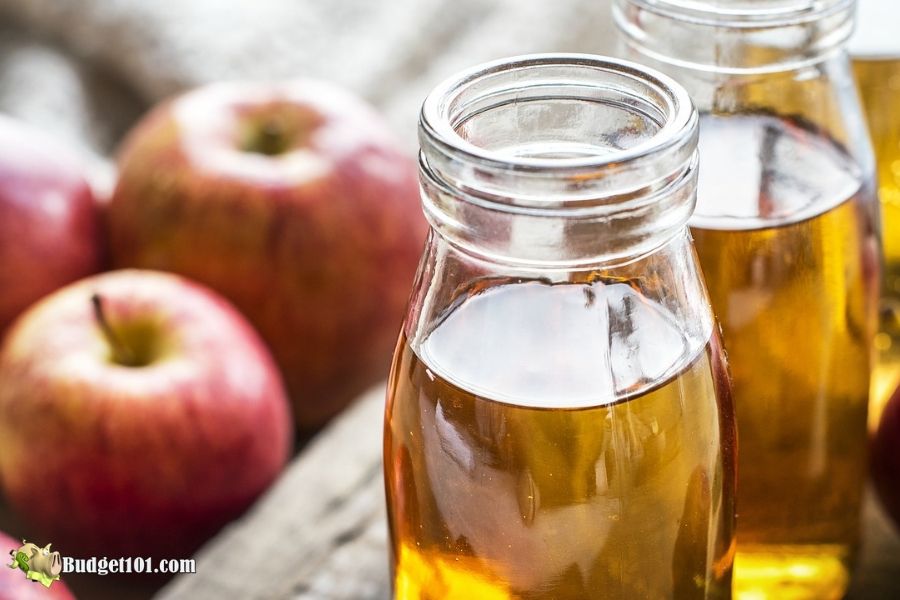 If you’re not familiar with the term “with the mother”, it simply means that it contains the natural chains of protein enzyme molecules which appear in the vinegar as very thin strands with a cobweb-like appearance. These enzymes have been long touted to have many amazing health benefits.

Since we adore just about any Do It Yourself project, we thought we tackle this one! 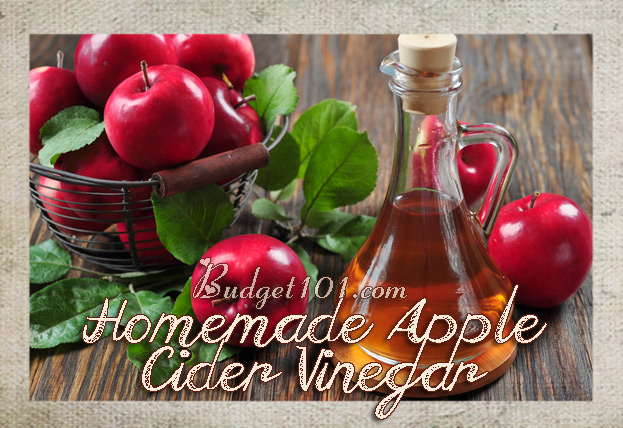 How to Make Your Own Raw Apple Cider Vinegar

First, take note that we said to use TASTY apples- something that has decent flavor on its own such as a MacIntosh, Cortland, Gala or Honeycrisp. Avoid using slightly sour apples such as granny smith.

Next, be sure that the apples are organic or very lightly sprayed as many pesticides used in orchards actually penetrate the skins and we’re not removing those for this recipe. You wouldn’t want to consume fermented pesticides, would you?

Place the apple chunks into a 2-quart mason jar, drizzle the raw honey over the apples, then the RAW cider vinegar. The cider starter MUST contain “The Mother”, and you can tell if your vinegar does because it will boast about it on the label, like this: 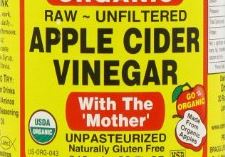 You may have noticed that we didn’t tell you how many apples to use, you’ll need 2-5 apples, it depends on the size of the apples, silly.

Add enough chlorine-free water to completely cover the apples, then place a coffee filter over the top of the jar and secure it in place with a jar ring. If for some reason, you don’t happen to have a 2-quart mason jar, and 2 quart Glass jar will do (perhaps you have an old pickle or mayonnaise jar to repurpose!)

In that event, use a rubber band to secure the filter in place. Failing to cover it with a coffee filter will result in a collection of bugs in the cider as it sets.

Set this jar in a secure, warm place such as the top of a fridge or freezer & leave it alone for 2 full weeks.

Strain the apple pieces/seeds/etc from the liquid and return the liquid to the jar. Following the end of two weeks taste the vinegar with a spoon, it should taste like, well, Apple Cider Vinegar! If it doesn’t, reapply the coffee filter and let it set another week.

Now, a note about the appearance of your homemade vinegar. Vinegar forms something called “Scoby” which is actually a pretty little acronym for a colony of bacteria and yeast. Don’t worry, the SCOBY is a GOOD thing! (Just as you need yeast to bake bread or to brew Kombucha.) You can literally pick this up off the top of your homemade vinegar and use it to start a new batch if you’d like.

When the vinegar has reached the desired flavor and tartness cover the jar with a real lid and place it in the refrigerator (which will halt the fermentation process).

About Liss 4052 Articles
Melissa Burnell, known to her friends and fans as "Liss," grew up in Southern Maine, now residing in sunny South Carolina. As a busy Wife, Mother of two sons, an avid photographer, and self-employed entrepreneur, Liss understands the value of both time and money.
Website Facebook Instagram Twitter YouTube

make your own condiments