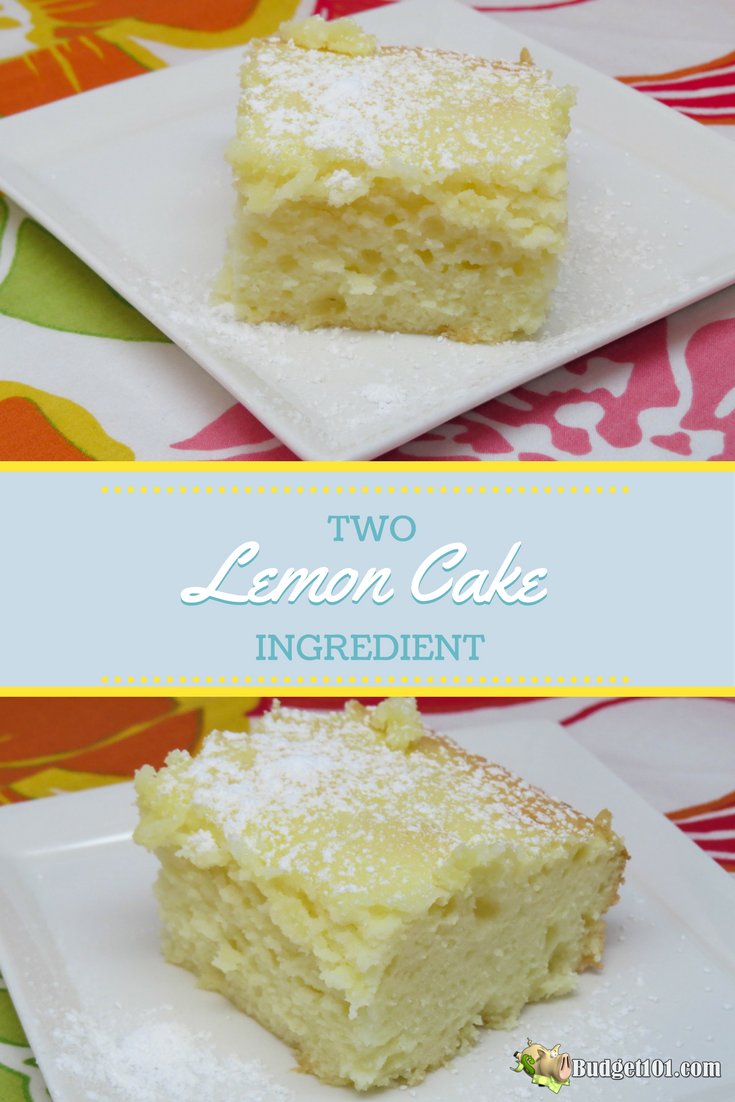 Make your own Lemon bars or Lemon cake,using just two simple ingredients and two different methods to get two amazing results! Different any way you bite it . . .

The first time I tried these I was really excited, because I LOVE lemon bars and they really were super simple and took little to no time at all to make.

However, I am a “texture” person… and I first saw the recipe on Pinterest and it simply stated, “Whip the 2 ingredients” and bake. It didn’t say for how long, it didn’t say to use 2 cans of filling, it didn’t say anything at all really.

Just “Whip”… which was probably the Worst set of instructions a person could receive on this particular recipe. If you “Whip” it, it will take on an overly spongy (think Rubber ball) texture that your fork will bounce off of when you attempt to stick a fork in it.

Oh and if that doesn’t deter you from “whipping it”, it will also overflow your pan when it cooks and leave an oozing, sizzling, burning mess of goo in the bottom of your oven. So, although this recipe is super easy- we don’t recommend deviating from it too far, we’ve already “been there, done that”, cleaned the oven after. 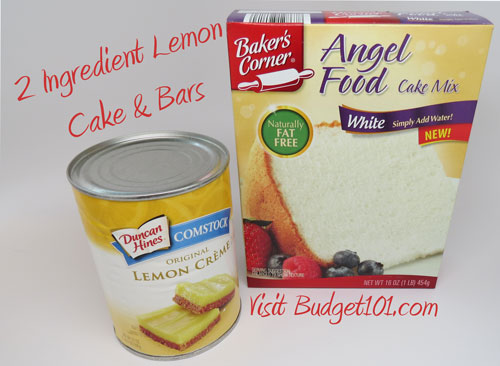 Preheat the oven to 350F

In a mixing bowl pour in the cake mix- there will be 2 separate packages in the mix, the powdered egg whites and the cake flour mixture, use both. Dump them into the bowl and mix them with a fork or whisk. Don’t waste your time with an electric mixer on this one, you don’t want to over-mix it by any means. Add in both cans of lemon pie filling mix. Mix just until incorporated, but again, don’t whip it or it will overflow when you cook it and change the texture and volume of the bars.

Pour into a 9×13 Pan and bake for 26 minutes. Cool, sprinkle with powdered sugar, if desired. The powdered sugar makes them pretty.

To make 2 Ingredient Lemon Cake (pictured) Use the following instead:

Mix as directed above, avoid over mixing! Pour into a 8″x11″ baking dish and bake for 30 minutes. You bake this one a little longer because the dish is a bit smaller to give it a cake-like appearance.

Also, this one doesn’t really fit the “Dirt Cheap” category because those cans of Lemon filling can range up to $2.50 per can and the cake mix is also a buck or two, so it can be easily $4-5 for this dessert. But if you’re in a hurry, or if you happen to find the filling or cake mix on sale, these are yummy. 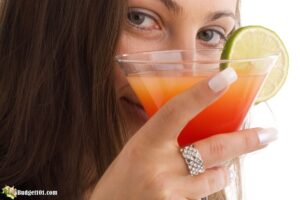