Boiling meat is so easy, and there’s no grease splattering everywhere like when you cook the ground beef in a skillet on the stove.

**Here’s how you do it:** In a big dutch pot of water filled ½ full, crumble the beef and ground turkey in together. Add 1 tsp or so of garlic powder, Italian seasoning, pepper, chili powder, etc.. Be creative add whichever spices you like to cook with. I add chili powder, cumin, garlic powder, pepper, seasoning salt. I don’t measure I just dump some in. As it boils, the meat cooks and soaks up the flavor of the spices I added
and it gives the broth better flavor too, which I save later on for soups.

It smells great cooking and you can walk away, come back in 10 minutes, stir, and let it keep boiling. Boil until the meat turns brown. Let cool.

I drain the broth into a colander with a bowl under it to catch the broth, refrigerate it, and in the morning skim off the fat the settled on the top. (I just put the thick solid fat into a plastic bag and throw it in the trash.) Now my de-fatted broth can either be dumped down the drain if I don’t want to keep it or it can be frozen. I usually freeze the broth because of all the spices in it to make a vegetable beef soup later on. You do the same thing with the chicken breasts and save/freeze the broth for a soup later on.

So now I end up with some quart size bags of cooked/crumbled meat that I freeze and I will have it on hand to defrost in the microwave or thaw out in the morning to quickly throw into a casserole any night. I use it to make: Meat for lasagna, casseroles, Mexican dishes, taco meat, sloppy joe meat, spaghetti sauce, etc…

I also dice up the cooked chicken breasts to use in a casserole, stir fry, chicken salad, crockpot, etc… for any lunch or dinner.

My kids, who like to help me cook on Friday nights, have “cooked” meat on hand to use with whatever they are making that night. They have used the bag of diced chicken meat, to throw in the microwave with Mexican spices, and made chicken quesadillas. (spiced chicken on tortillas topped with cheese and hot sauce, topped with another tortilla and baked in the oven until browned) Delicious!!!

These few tips have saved a lot of my cooking time:
~Doubling whatever I am making for dinner and freeze a portion.
~Boil up ground meat & chicken breasts to freeze.
~Making up breakfasts (waffles & pancakes) and cookie dough balls to
freeze.
Sure helps a bunch saving my time and energy just doing this small amount of
pre-cooking/freezing. 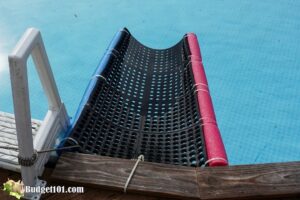