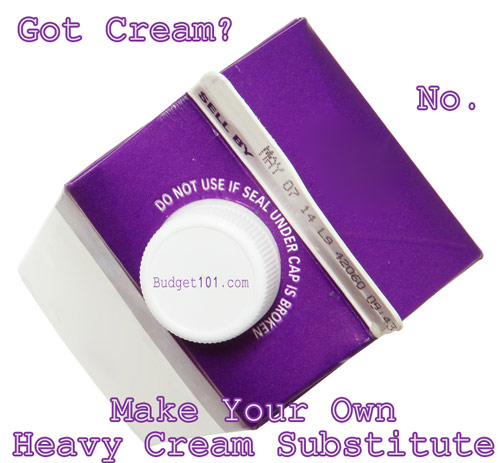 Heavy cream is often called for in baked goods recipes and it can be rather expensive to have on hand. Here are a couple of different homemade substitutes that work well in place of heavy cream.

Put the whole milk In a bowl, add the melted butter and whip with a whisk attachment or hand beater on medium for about 2 minutes.

If you plan on making your own Whipping Cream use 1/2 c. butter instead of one-third.

Refrigerate the mixture in a covered container. If using the cream in soups, sauces, or baked goods, it’s ready immediately.

To use it in homemade whipped cream it must be refrigerated for at least 24 hours. Do not use margarine as this is merely oil and does not work.

Did you know regular heavy cream has 100 calories and 11 grams of fat per 2 tablespoons? If you are looking to drastically reduce your calories, substituting an equal amount of half-and-half cream for the heavy cream called for in a recipe generally works quite well.

Or, alternatively, you can give this low-fat heavy cream substitute a try:

We shared with you the most flavorful substitute above, which is perfect for baked goods but doesn’t offer the best results for whipped cream to use on desserts such as pie.

The first substitute you could try using would be vanilla yogurt, which has similar properties as regular dairy milk while still being much healthier than its counterpart – plus there’s no need to buy another container when yours will do just fine for a while since they’re both added with probiotics too so don’t forget those little guys either 🙂

Pure plain coconut milk is the best option if you’re attempting to make whipped cream without heavy cream. The caveat to this option is that the can needs to be refrigerated for several hours or overnight to get the cream to separate appropriately first.

Also, it’s important not to mistake cream of coconut, which is heavily sweetened, for pure coconut milk.
Nevertheless, this does impart a slight coconut flavor, so take that into consideration when using it in your recipe.

Half & Half Heavy Cream Substitute

Half and half is excellent as a heavy cream substitute for cooking, but not for baking. Instead, use it in a 1:1 even swap ratio in your favorite soups and sauces.

Half and half heavy cream substitute is not the best option for use in baked goods recipes that rely on the high-fat content to achieve the correct structure. 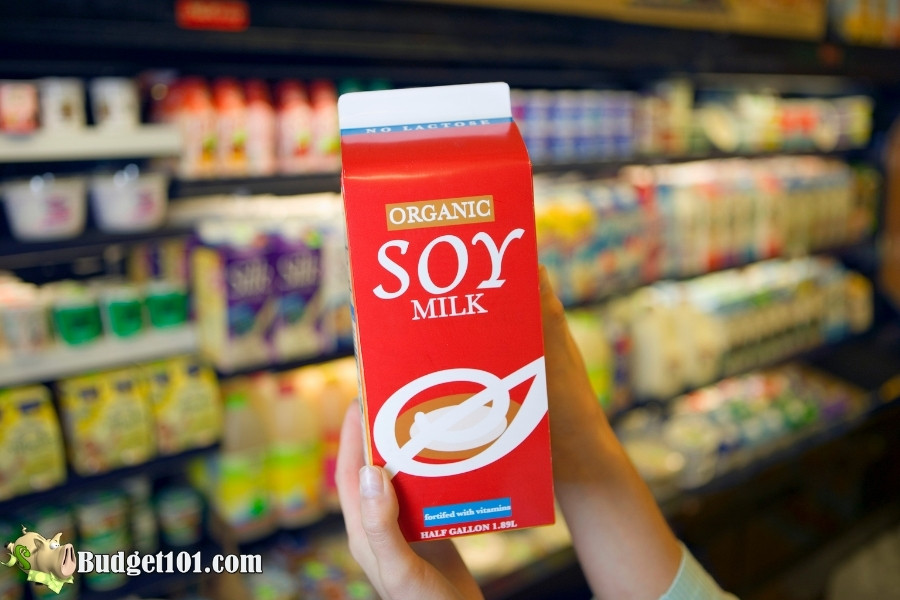 Canned cream (also known as evaporated milk), this shelf-stable product, has twice the fat of whole milk, making it ideal for soups and casseroles. It will provide creaminess as well as a slightly caramelized taste. To achieve a slightly higher fat content, add a tablespoon or two of butter to the recipe as well.

To add body to mashed potatoes and creamy soups and sauces, use full-fat plain Greek yogurt—just off the heat to prevent curdling.
To more closely mimic the texture of heavy cream, thin it with whole milk.

Use Greek yogurt in dessert recipes that need to be shipped, such as cookies or cakes; if you want a fast sweet topping, however, sweeten Greek yogurt with a little bit of confectioners’ sugar. 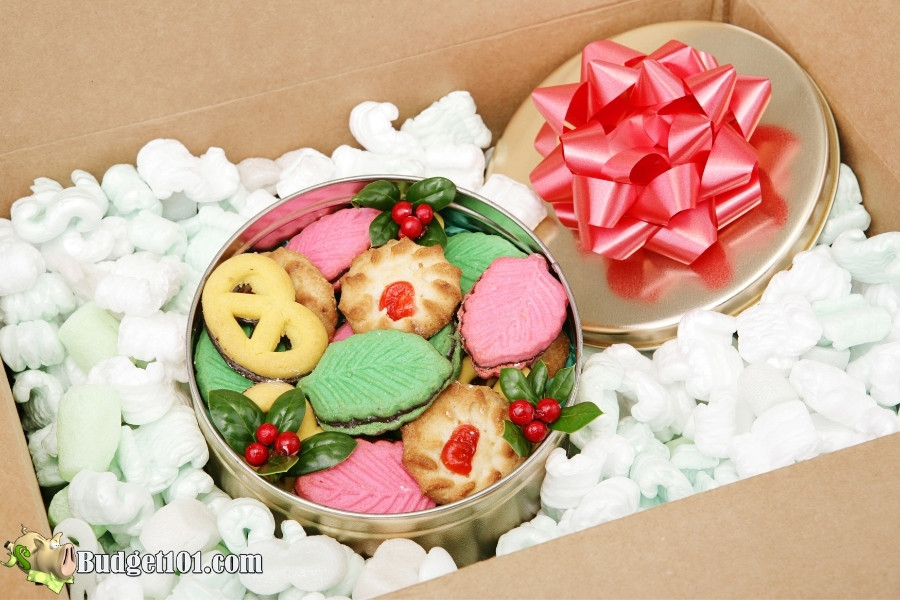 In a pinch, you can replace heavy cream with either tangy cream cheese or mascarpone.
Either may be used as-is by stirring directly into a hot dish; because they melt into a creamy puddle, replicating the realistic feel and taste of heavy cream. Beat cream cheese with confectioners ‘ sugar instead to make dessert topping (such as cream cheese icing).

Here’s how to use milk and cornstarch as a heavy cream substitute.
1 Pour 1 cup of milk into a heavy-bottomed saucepan.
2 Slowly heat the milk, constantly stirring with a whisk. Avoid letting it boil over.
3 In a bowl, mix together 2 tablespoonfuls of cornstarch and 4 tablespoons of cold water. While continuously stirring, pour the cornstarch mixture into the saucepan with the hot milk. Keep stirring for 3 minutes or until the mixture thickens.
4 Allow it to cool before storing it in an airtight container in the fridge for up to 3 days.
5 Before using as a heavy cream substitute, you need to beat the mixture to make it smooth.

For those who want heavy cream substitutes with fewer calories and fat, here’s how:

3) You can also use unflavored, unsweetened almond milk instead if the lighter version is preferred. Mix 2 cups of almond milk with 5 teaspoons of cornstarch dissolved in 5 tablespoons cold water first, before heating them up on the stove, stirring constantly. In the end, beat 1 cup of heavy cream until stiff peaks form and fold it in.

Whipping Cream as a Replacement for Heavy Cream

For those who simply want to swap whipping cream for heavy cream to reduce fat content and/or calories, try mixing 1/4 cup of whipping cream with 3/4 cup of milk. This will help you achieve the same consistency as using heavy whipping cream straight from your fridge without compromising moisture content in your dishes.