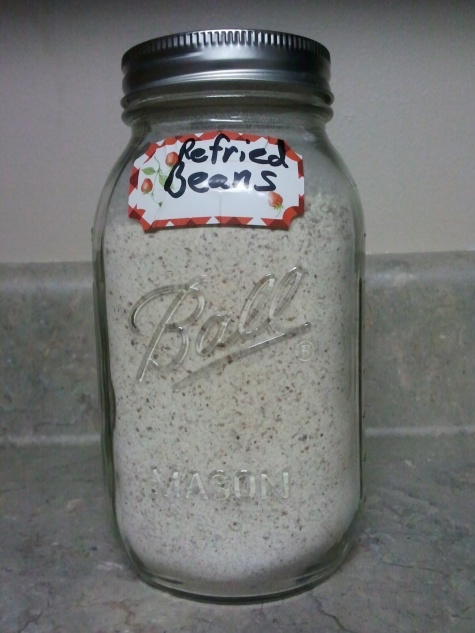 You don’t have to spend a lot of money to get great side dishes! This inexpensive make ahead Refried Bean Mix recipe is very inexpensive, less than .05 per prepared serving.
(Photo credit to BleedingAce!)

In a coffee grinder, food mill or blender, grind beans until a flour consistency. Combine all ingredients and store jar or ziploc bag.

Mix with a wire whisk until combined. Bring to boil, cover, reduce heat to low and simmer for 4-5 minutes or until thickened. Mixture will thicken more as it cools. Refried beans will remain thickened even when reheating. You can add salsa or chopped chili peppers for added zip.