If you’re one of those people who thinks ‘yuck’ at the very mention of evaporated or powdered milk, it might be time to give it a second thought. When used correctly, these forms of milk can be indistinguishable from fresh milk. Powdered and evaporated milk can provide. . .
vital nutrition during extended power outages when traditional milk can quickly go bad. 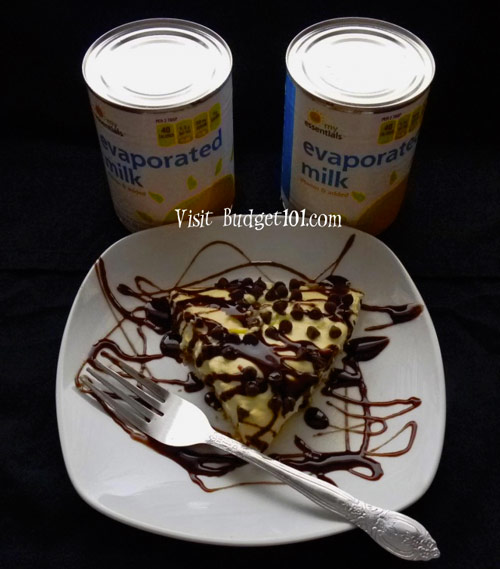 Powdered and evaporated forms of milk are also often cheaper than traditional milk. In my area, the average cost for a gallon of milk is almost $5 a gallon. In stark contrast, I can usually get the same amount of evaporated or powdered milk for just $2 a gallon when using coupons or buying in bulk.

In some places, it’s illegal for companies which sell fresh milk to give out coupons for their products. This is because it gives them an unfair advantage over a state’s local dairy farmers. This rule, however, does not apply to powdered or evaporated milk. This can make them a more economical choice than fresh milk.

Evaporated milk and powdered milk are highly recommended staples for any emergency stockpile. The problem with keeping evaporated or powdered milk in your pantry is that people often save it for an emergency and forget all about if no emergency arises.

I recently heard a fellow survivalist talk about how he had purchased a large quantity of evaporated milk and that all of it had expired before he could use it. This reminded me that I also had a lot of evaporated milk in my stockpile that was probably close to expiration.

I often stock up on evaporated milk during the holidays when it’s cheap, but the only thing I generally use evaporated milk for is making fudge. I had good intentions of making a lot of fudge last Christmas to use up the evaporated milk that I had purchased the year before last, but I didn’t get around to making as much as I had intended. After examining the date on my cans I discovered that six of them were a month past expiration.

So what to do with all of this milk? Throw it away? No way!

Evaporated milk or powdered milk is great to keep in the pantry for emergencies because it has such a long shelf life. Evaporated milk is generally good for up to two years after its expiration date. Technically, it is still safe to drink beyond that time, but the milk will decline in taste and nutritional value the longer it is stored.

Powdered milk can be used for years after expiration as well. You can extend this shelf life even further by freezing it. When powdered milk begins to turn yellow or has a rancid odor it is time to discard it. Mixing powdered milk with cold water makes the powder dissolve more easily.

Continue reading
How to Dry Herbs
Subscribe to our Free Newsletter

To prevent moisture in the air from spoiling the powdered milk you can also store it in smaller air-tight packages such as ziplock or mylar bags. Then you can use small amounts of the milk at a time without exposing the entire box of milk to air.

A lot of people have a negative image when it comes to powdered or evaporated milk. However, these are not milk substitutes, they are no different from the milk found in your grocery store’s dairy section. The only thing that has been altered in these forms is the water content of the milk.

This flavor can be off-putting for traditional milk lovers. This happens because heating the milk causes it to become slightly caramelized. This is also what gives it a darker more yellowish color than fresh milk.

If you find the flavor of evaporated or powdered milk to be off-putting you can add flavor syrups to them to make them more palatable as a drink. I mixed up a batch with chocolate syrup and I could no longer detect the caramelized flavor. To drink evaporated milk it must be mixed with an equal amount of water.

You can also use evaporated or powdered milk in any recipe which calls for milk. I substituted regular milk for evaporated milk in mac ‘n’ cheese, no-bake cheesecake, and cream of broccoli soup. There was no off flavor detected when used in these recipes.

I did slightly less than a 50/50 mix of milk and water. Adding less water to the evaporated milk made all of my recipes come out creamy and delicious. Use evaporated or powdered milk in place of regular milk in your cooking often to ensure that milk in your emergency stockpile is used before expiration.

Here are some other ways to use up powdered milk and/or evaporated milk:


Evaporated Milk, Powdered Milk& Instant Dry Milk can each be purchased at your Local grocery store or online.

How to Properly Carve a Turkey