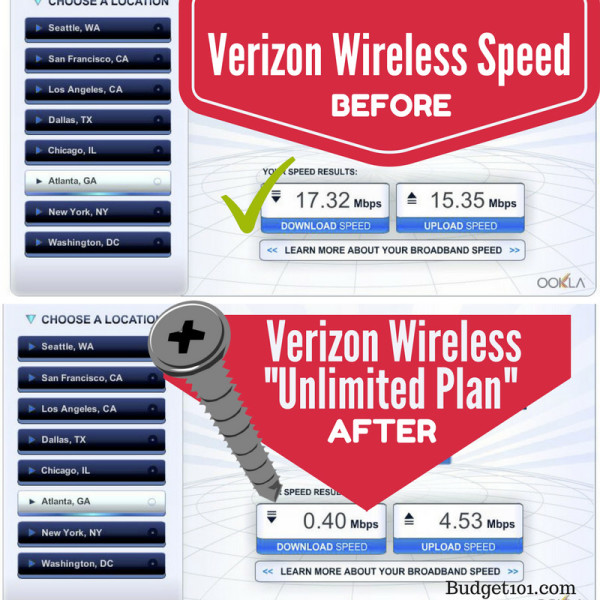 Wireless companies have been jumping on the “Unlimited Data” bandwagon the last year or so and we wanted to share our experience with Verizon Wireless for anyone considering switching their plan . . .

Can You Hear Me Now?

It’s no wonder that even the spokesperson for Verizon Wireless opted to jump ship and go to a competitor, the days of customer service at Verizon have gone to the dogs. In our area, our landline service is through AT&T and although we and most of the neighborhood have literally called and begged AT&T to extend their DSL service to our area, we’ve been largely ignored and on several occasions, even laughed at.

With extremely limited options for internet service, In fact, our only option for anything (slightly) faster than dial-up is satellite service, we begrudgingly pay for multiple MiFi cards through Verizon Wireless.

Imagine our excitement when Verizon announced that they would be switching their antiquated data services plans to UNLIMITED… but with a catch. According to their commercials, there would be slight provisioning of service once a users data surpassed 22 GB each month.

What they neglected to mention, up front, was that slight provisioning reduction was for Smart Phone users, NOT for those with mifi cards. Those on mifi cards are throttled once they reach 10GB of service.

Yes, you read that correctly, just 10 GB of service.

Before & After Bait and Switch

Here’s what my speed looked like the day BEFORE and AFTER switching to “Unlimited Verizon” Service:

As you can clearly see, the Day BEFORE switching to the “Unlimited Data” plan, I was able to connect to the internet at speeds of 17 Mbps or higher. The day I switched over to the so called unlimited plan, my speed dropped to just barely above DIAL-UP speed of 0.40 Mbps. – Less than half a megabyte.

Mind you, I’d only used 4 GB of data in my monthly plan at this point, so the service should not have been throttled. I called them, went through the ridiculous rigmarole of their inept script reading troubleshooting “tech” support.

“What’s your name? What’s your pin number? Please power cycle your computer. Have you powered the device on and off? Oh, you have, could you please do it again as I made some changes on my end. How long have you been experiencing this issue? We don’t have any outages in the area, are you sure you don’t seem to have service? Well, gee, it DOES sound like there could be an issue, let me transfer you to our Next level of support.” 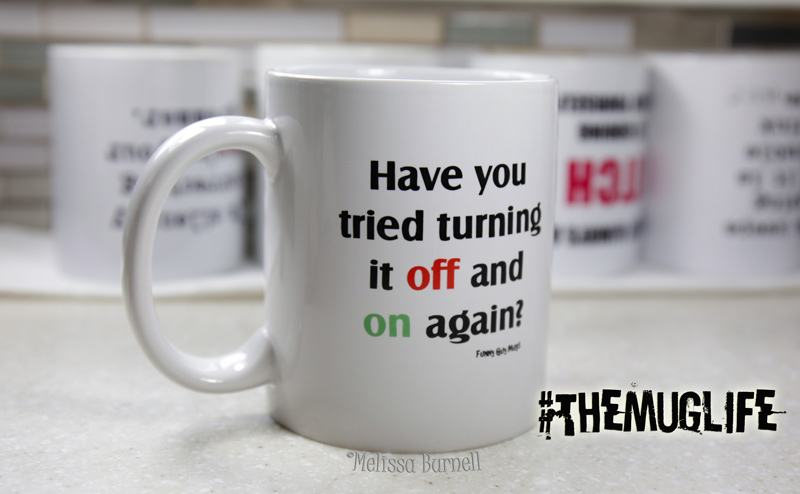 Each level of “support” more useless than the previous. Finally, I reached someone with “some” technical experience and asked them to please provision my device so that I can actually have the service that I am paying for and connect to the internet.

By this point, it’s now been over 2 hours on the phone attempting to get service only to be told by some arrogant representative with a complete tone of condescension that Verizon Wireless doesn’t “throttle service”, instead they “prioritize usage behind other customers in the event of network congestion.”

I said, “So, you throttle the service.”

He replied, “No, we prioritize usage behind other customers in the event of network congestion.”

I replied, “Sir, the definition of bandwidth throttling is literally, the intentional slowing of internet service by an internet service provider. If Verizon is prioritizing usage behind other customers, they’re THROTTLING SERVICE!!!!”

At this point, I wanted to reach through the phone and throttle him! No amount of calls to technical support is going to regain your service should you switch to Verizon’s silly, insufficient, falsely advertised (un) limited data plan.

Then do a search of ALL the providers in your area and choose very, very carefully before you switch plans because if Verizon is your only option, You’re going to quickly find yourself up the creek without a paddle . . . 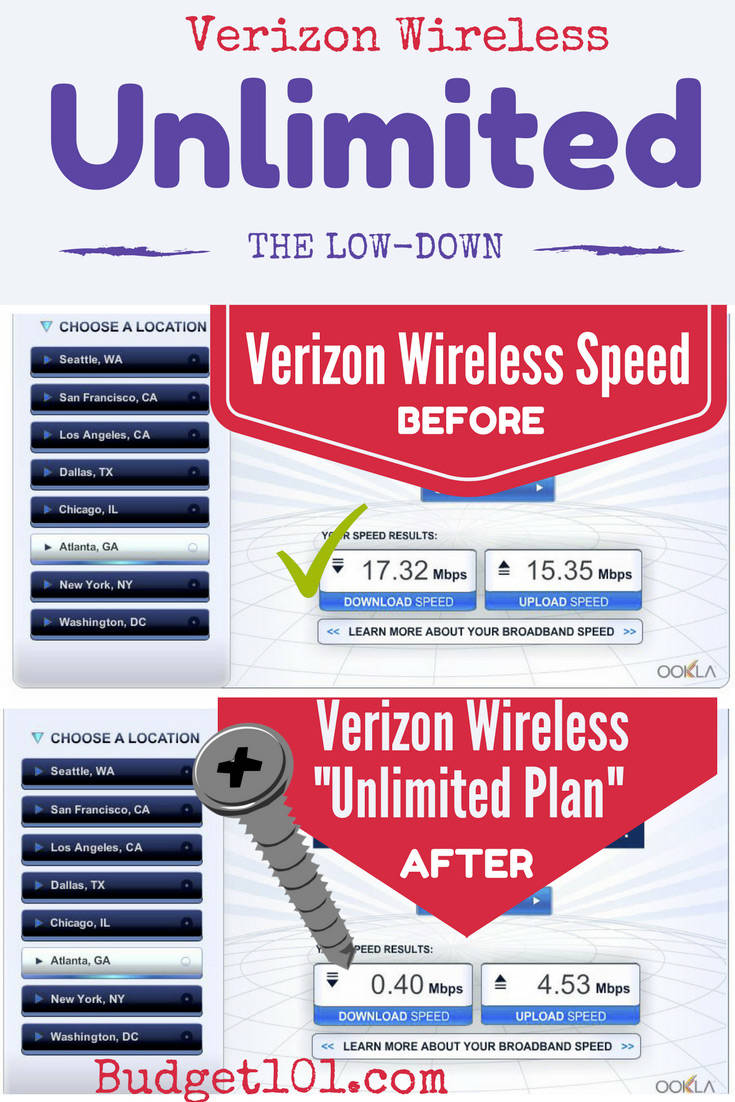