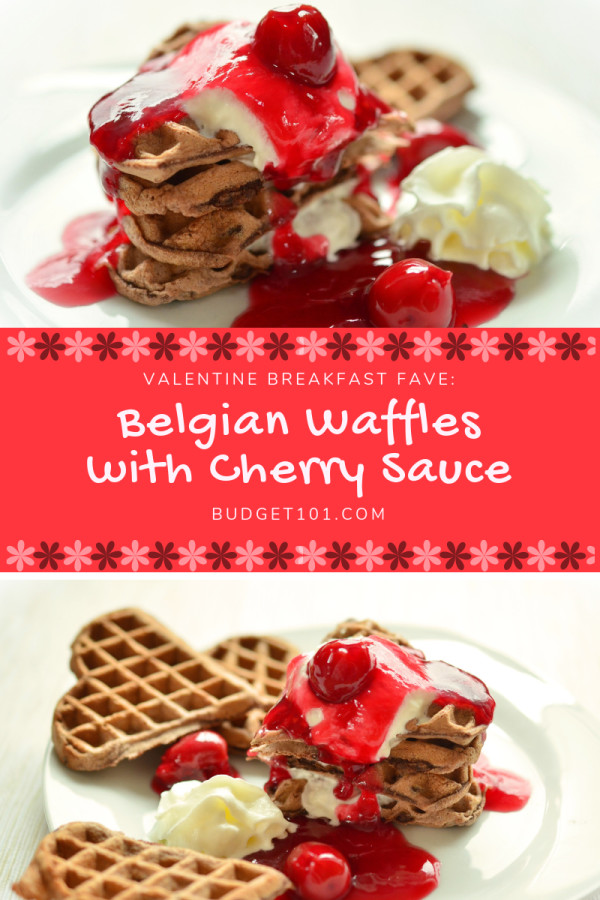 
In the States, Belgian waffles are made with a lighter, fluffier batter, have larger squares and deeper pockets than basic waffles. The batter is often made with beaten egg whites to achieve that light, fluffiness. Originally, Belgian waffles were leavened with yeast, but these days, most recipes just call for baking powder.

If you don’t happen to have a Belgian waffle iron, you can still use your regular waffle iron as we’ve done here, the pockets just won’t be as deep and some of the fluffiness will be lost during the cooking process. I assure you, the waffles will still be delicious!

Cherries obviously aren’t in season this time of year, so we generally opt to use frozen cherries. Measure them out and let them sit for about 15 minutes at room temperature to partially thaw before cooking with them.

In a medium-sized saucepan combine sugar, cornstarch, and cinnamon, mixing until fully combined. Add the orange juice, cherries and orange peel. Bring to a boil over medium-high heat; boil until thickened.

Remove from heat and set aside. By the time the waffles are ready, the cherry sauce will be the perfect serving temperature. 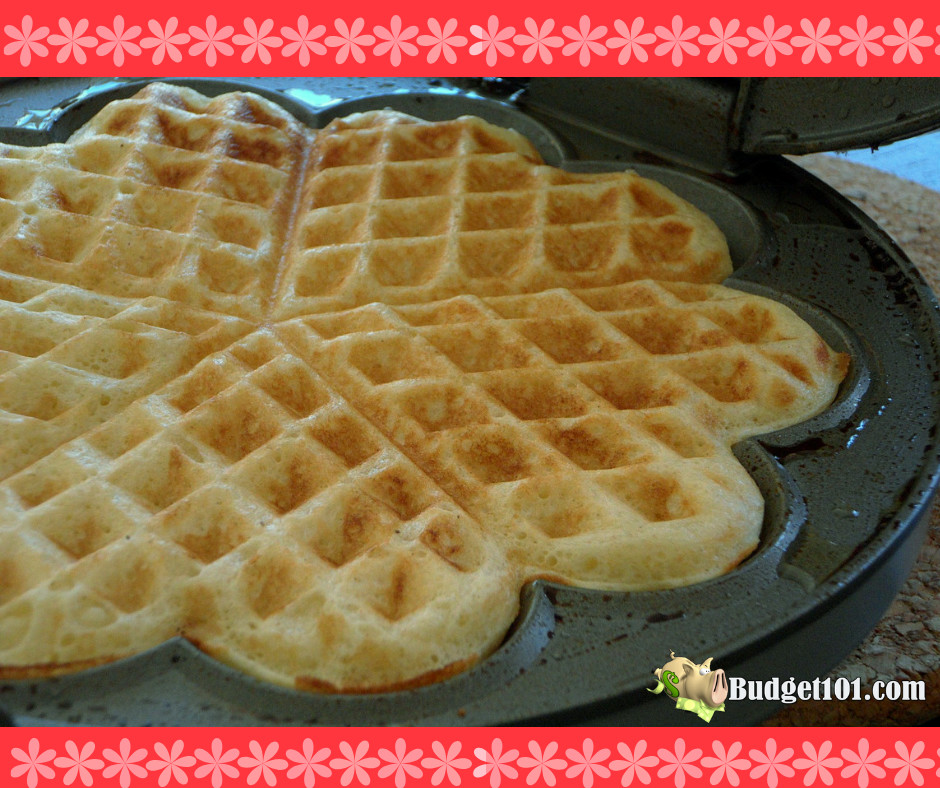 To Prepare the Waffles:

Beat egg whites until they are stiff and hold shape, set aside.

Add the milk mixture to the dry ingredients stirring just to moisten all the ingredients, then gently fold in the stiffly beaten egg whites.

Cook in waffle iron according to manufacturer’s directions.

Plate the waffles, top with cherry sauce and a dollop of fresh whipped cream. 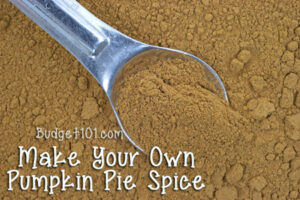