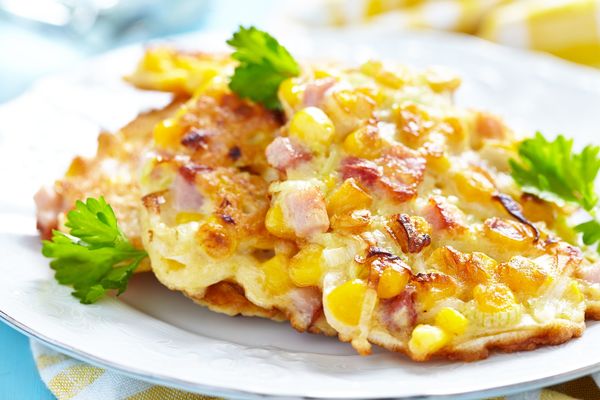 Often the best part of the holidays is the amazing spread of food! Delicious hams, turkeys, prime rib, various side dishes that are only made on special occasions. Once the holiday has passed, we’re left wondering.. what should I make with this now?

Here are a few of our tried and true favorite meal ideas using leftover turkey and ham. While sandwiches are always a good standby, they also get boring pretty quickly! 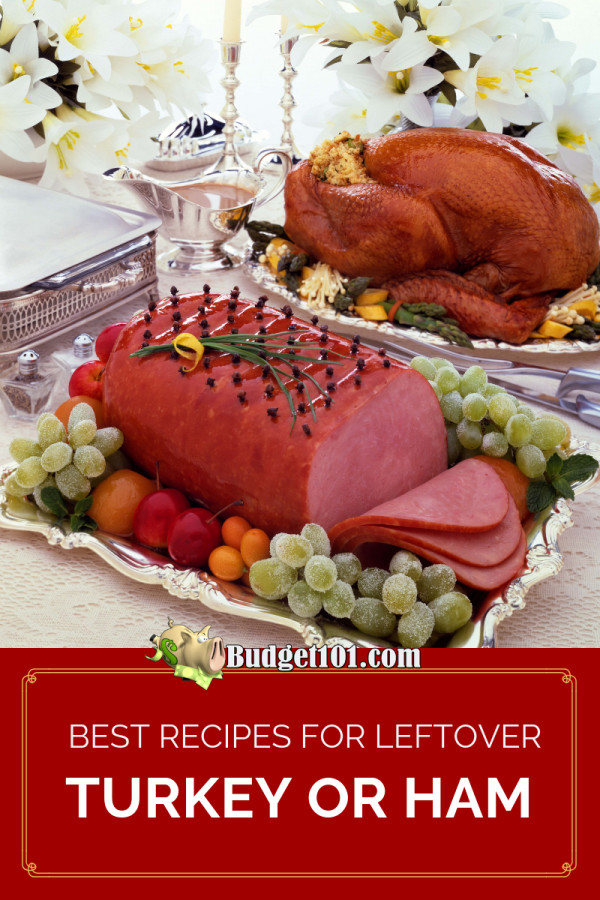 1 Ham is very forgiving, it can be used to transform a scalloped potato side dish into the main event just by adding a couple of cups of sliced ham strips (or diced ham pieces). 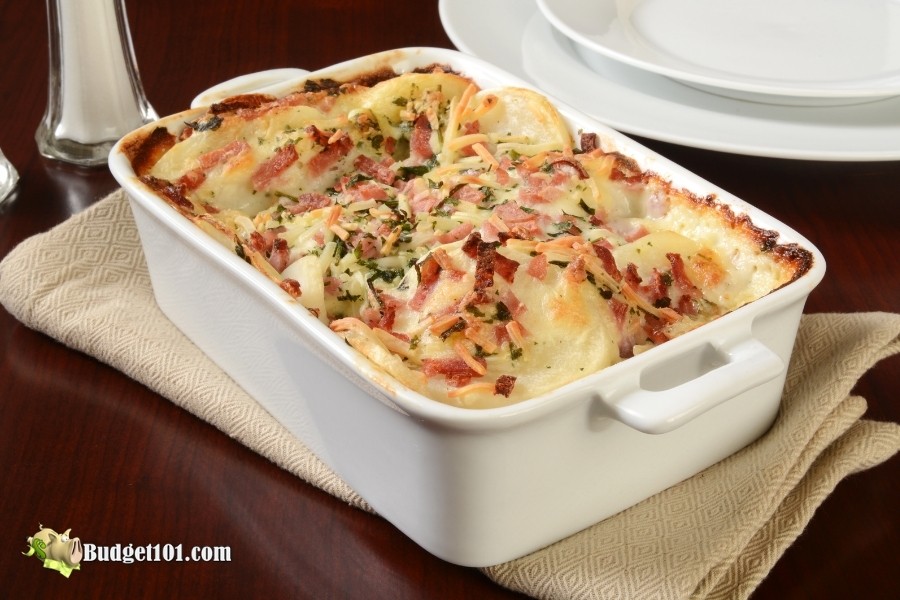 2 Fritters are another very inexpensive main meal that can transform otherwise boring bits of ham into a savory dinner. This corn fritter with ham recipe is wonderful for using up the very last bits of a holiday ham and if you’d like, add up to 1/4 cup of drained chopped pineapple for an added treat.

3 Another long-time favorite that requires very few ingredients is Ham and Broccoli Mac-n-Cheese casserole. It can be made in the oven or instant pot with very little effort and is perfect for the busy weeknights that tend to follow the holidays. 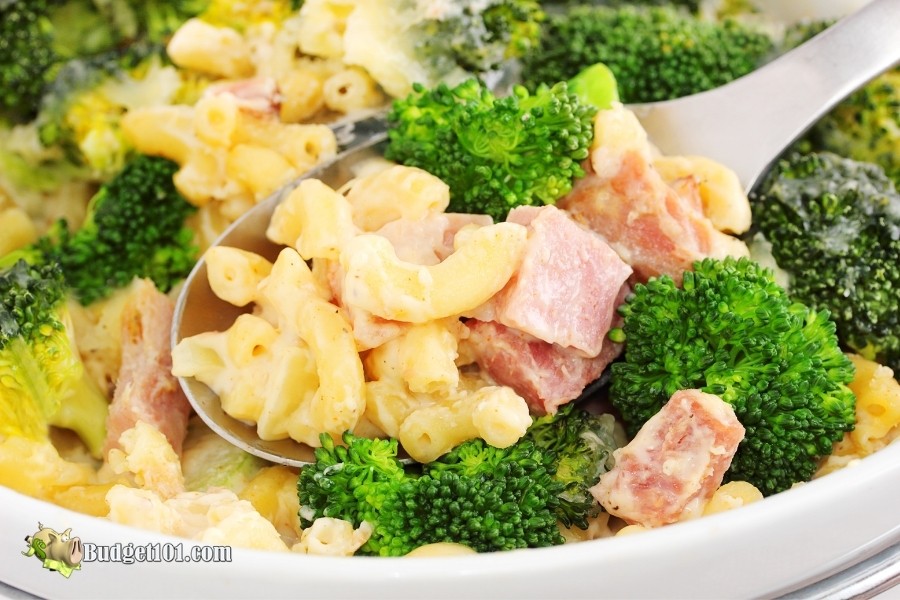 4 Ham and Cheese Empanadas are a delectable in-hand meal that you can take with you to work or school, they’re delicious hot or cold. 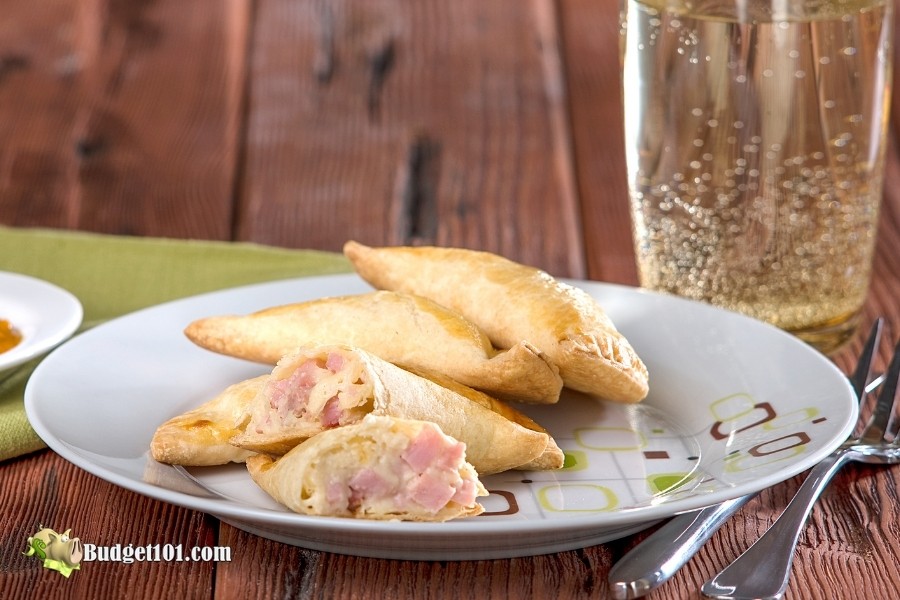 5 If you prefer a made ahead ham salad for wraps or sandwiches, this tangy ham salad recipe is just right. 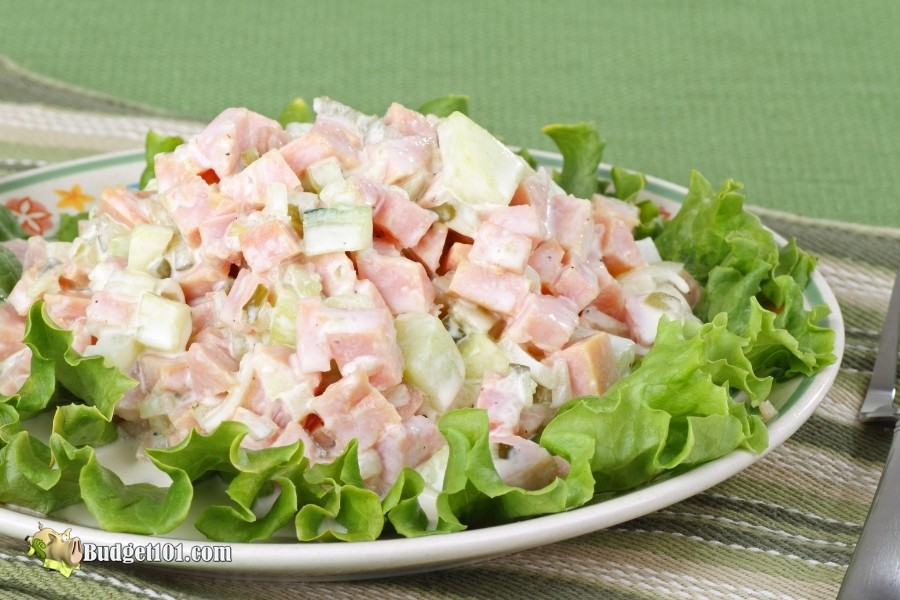 6 If you have a large ham steak or ham slices left, you’ll love this Dijon Ham and Cheese Spinach puff.

7 Smaller bits of ham can be used in Dijon-Swiss Ham Rolls. 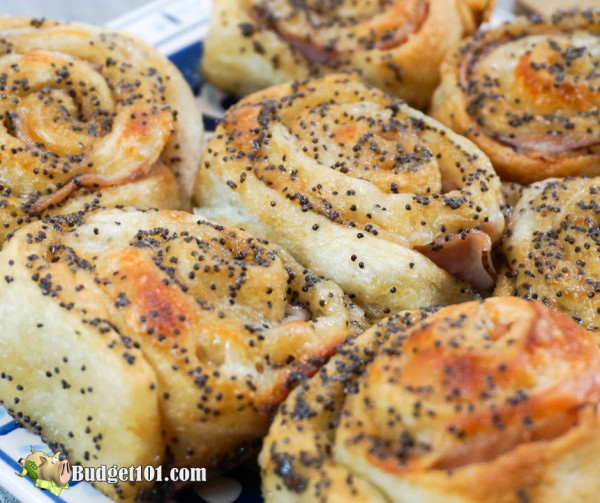 8A slow-cooker favorite for all ages is this tasty crockpot ham, green beans, and potatoes dish.

9 Add some slivered ham pieces to a grilled cheese sandwich. 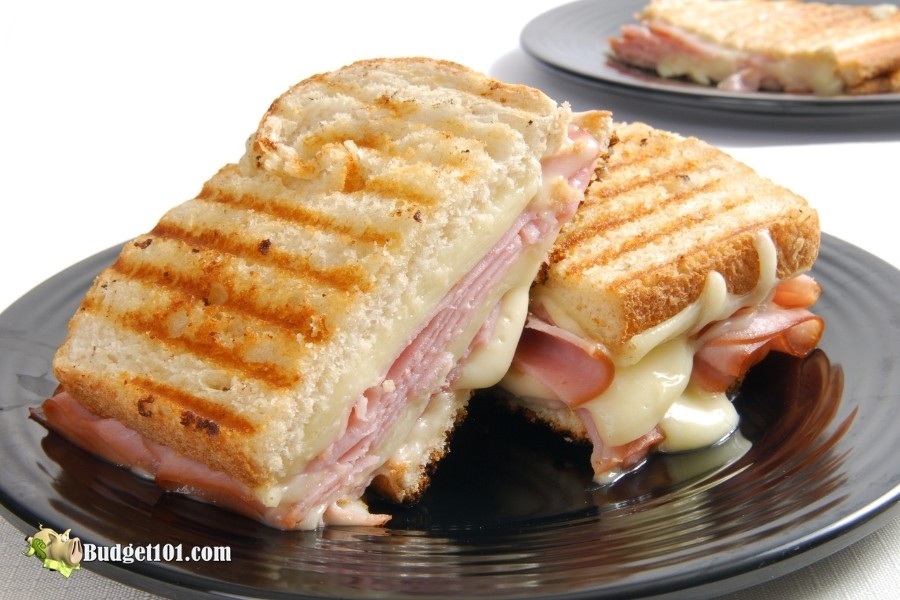 10 Mince a cup of ham and add it the filling for deviled eggs to add a new kick to a traditional appetizer.
11 Diced ham is lovely when added to mixed greens and veggie slices for a hearty chef’s salad. 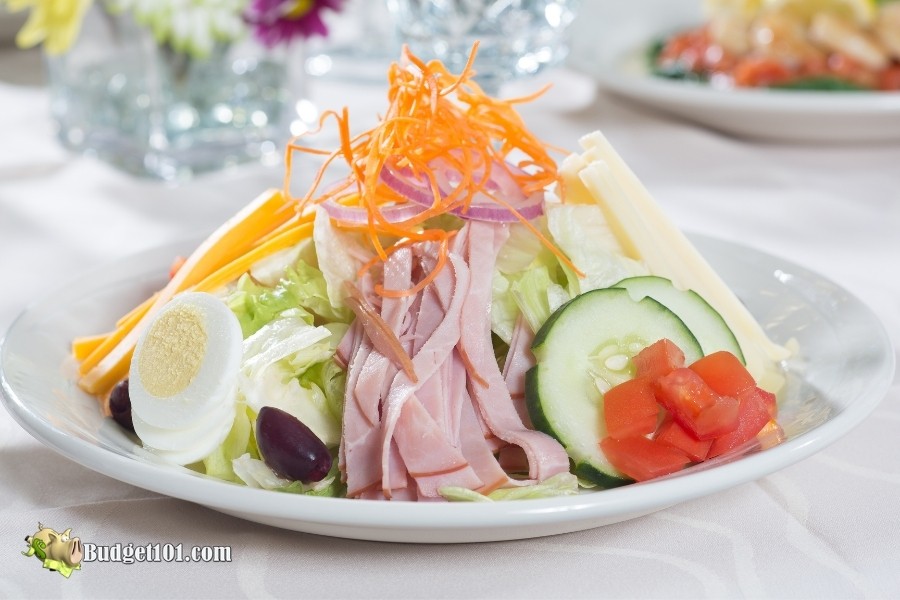 12 Create a tasty side dish by adding cubed ham and chopped fresh chives to wild rice.

13 Enjoy a Hawaiian style pizza with chunks of ham and pineapple, add bell peppers and onions too if desired! 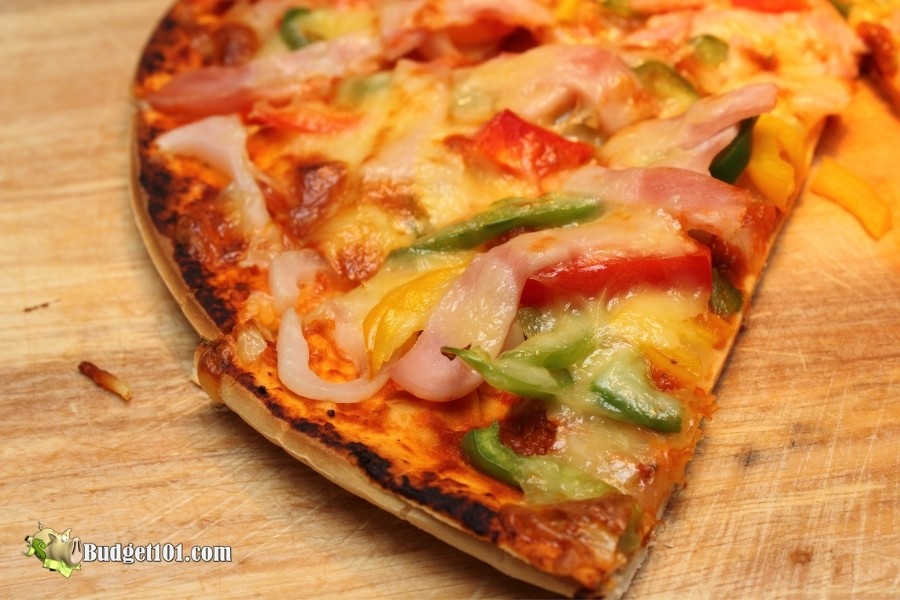 14 Cube ham and boiled potatoes, then pan fry with a bit of bacon fat or butter. Season well with salt and pepper to make homefries, a delicious breakfast side dish that goes great with eggs or omelets. 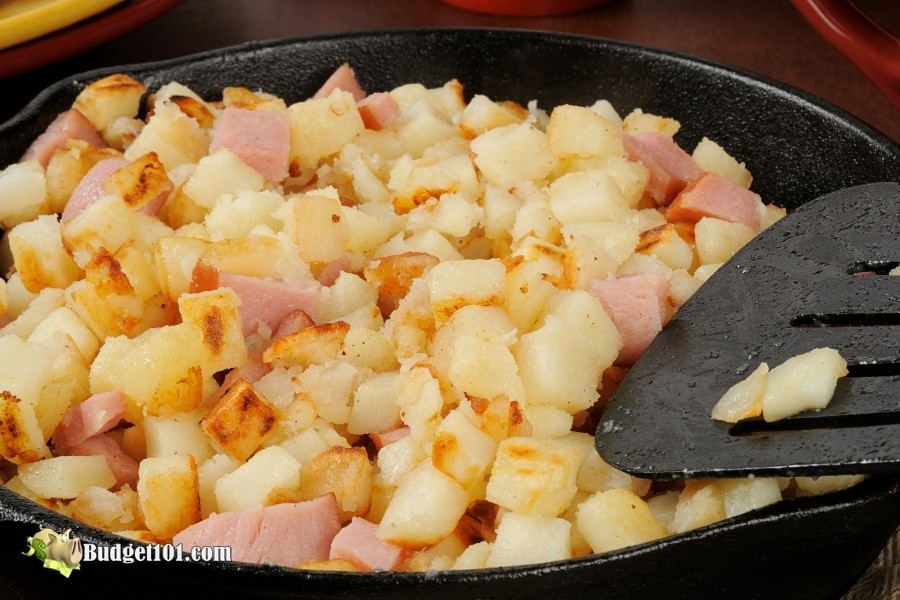 15 Speaking of omelets, why not make a Denver omelet?! Simply add a combination of diced ham, bell peppers, onions, and cheese. 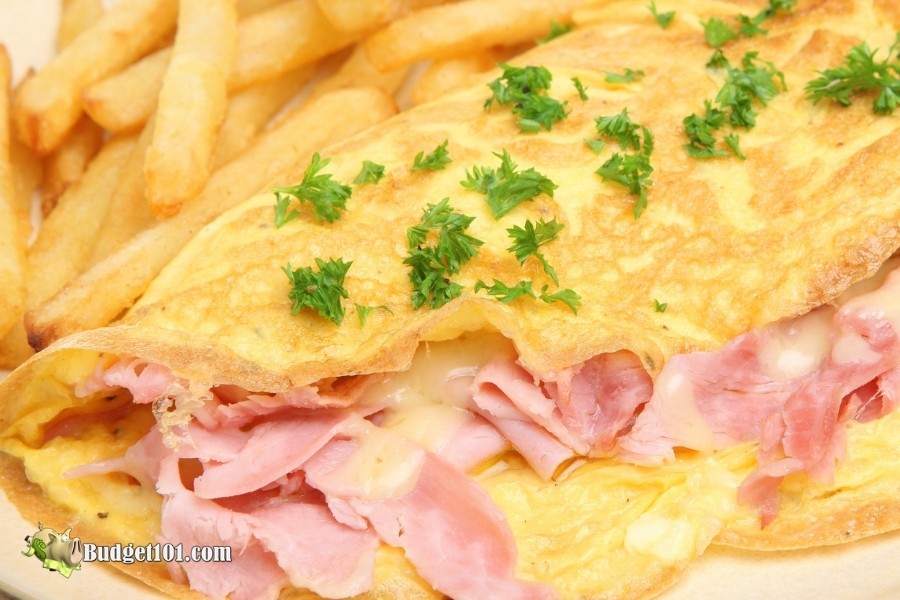 16 Use the ham bone to make a traditional split pea soup. The addition of carrots and potatoes adds to the heartiness. Serve with toasted garlic bread knots. 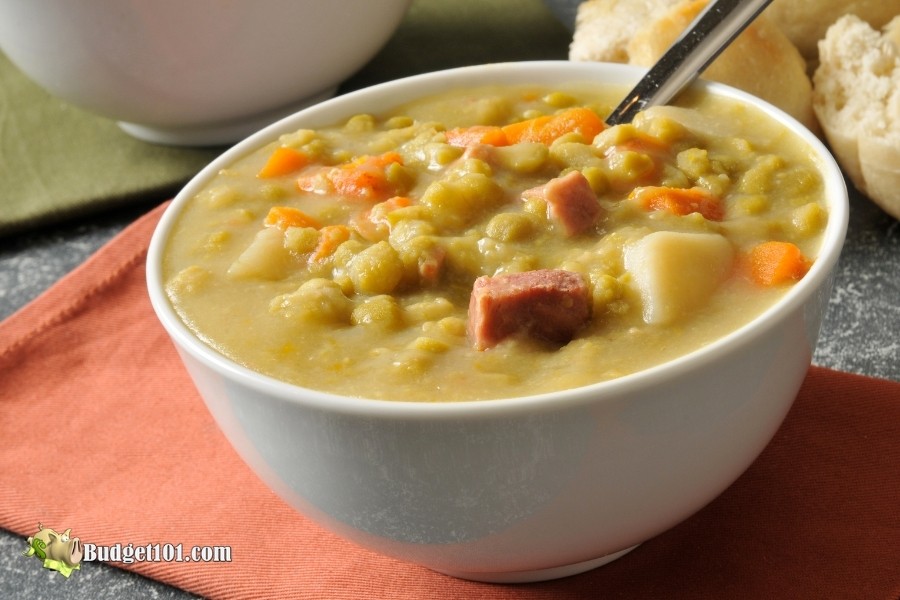 17 Instead of focusing on the ham as part of the main course, use pieces of diced ham to spruce up side dishes. Adding chunks of cooked diced ham and slices of pickled jalapenos to peas makes for a tasty side dish. 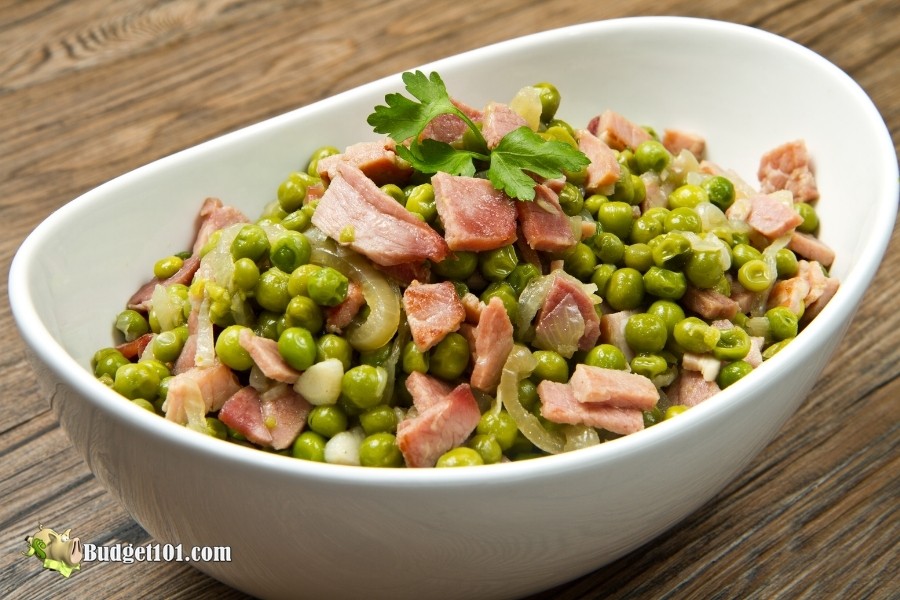 18 Sometimes the combination of several leftovers is best, as is the case with this tagliatelle pasta tossed with peas, sauteed onion bits, and chunks of ham. Season well with butter, salt, and pepper. 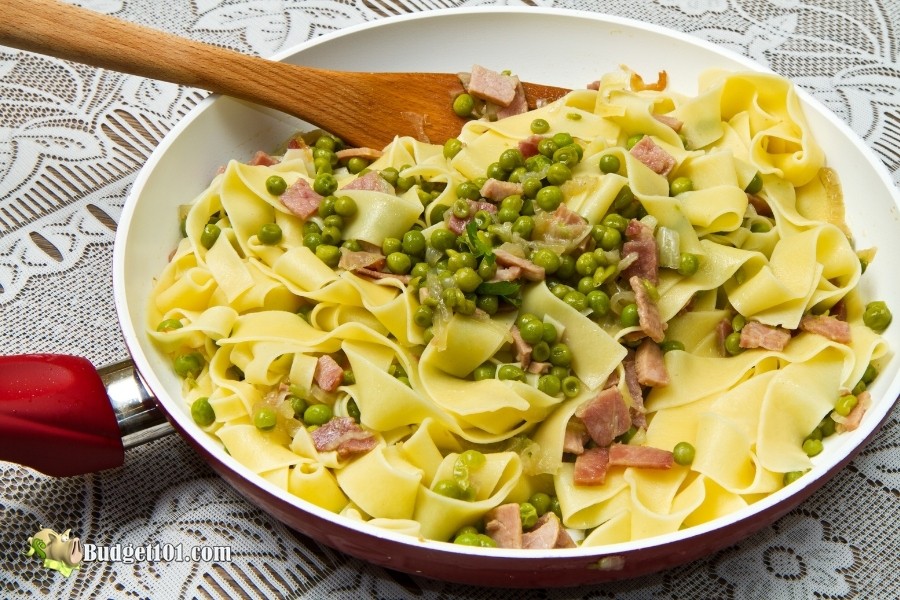 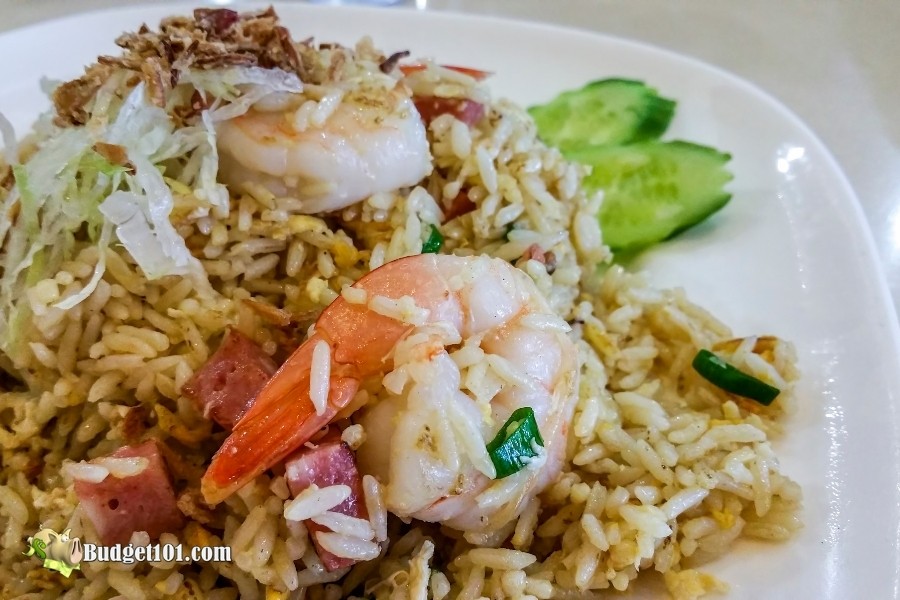 20 Corn chowder is excellent with the addition of diced ham, as is a hearty navy bean soup. 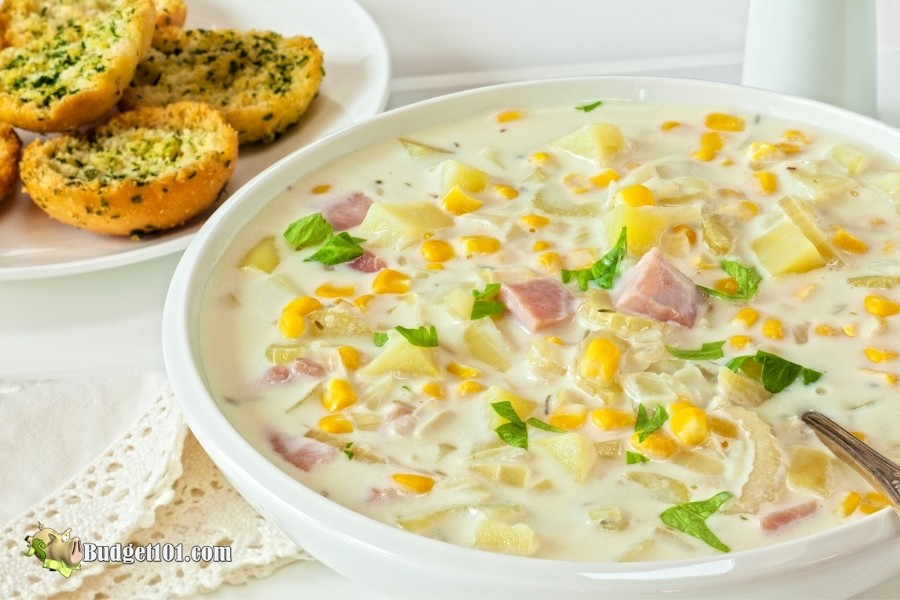 21 Make a hearty quiche with leftover ham and broccoli pieces, add shredded Gruyere cheese for a burst of flavor. 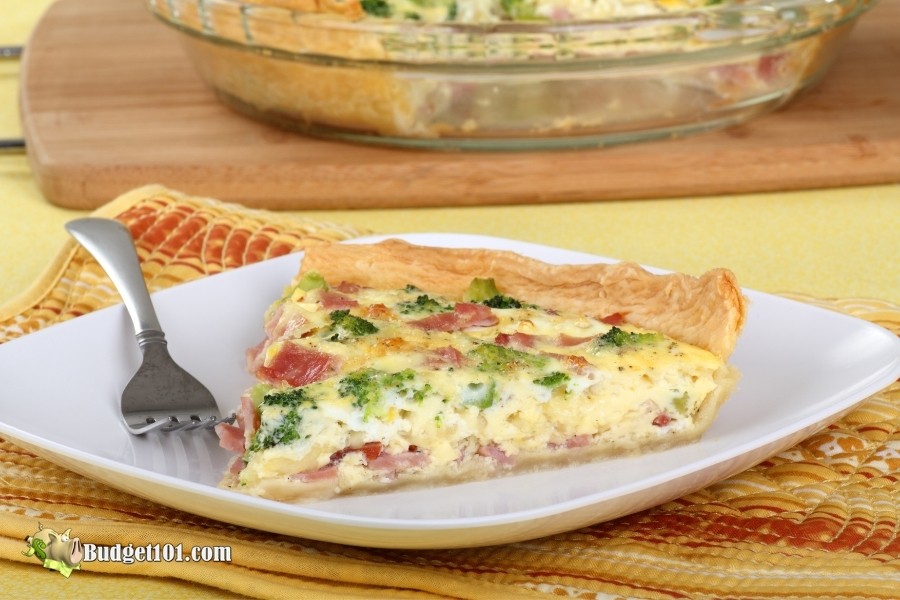 22 A dish doesn’t have to be complicated to be tasty and filling! Scramble some eggs, add some of your favorite shredded cheese, and a handful of diced ham chunks. Serve it over hot, buttered toast. 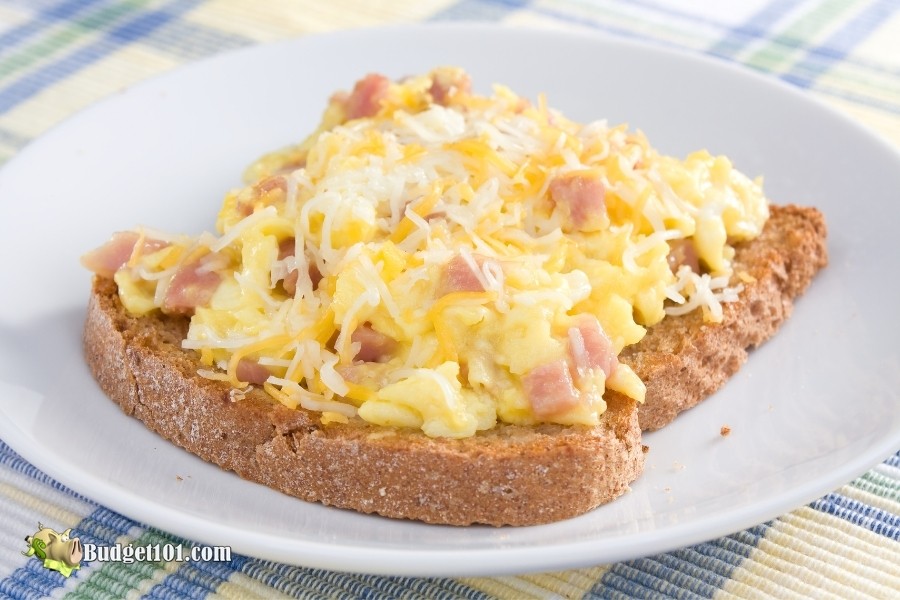 23 Loaded baked potatoes are hearty and filling as a side or main dish. Wrap a washed potato in foil, roast at 375F for an hour, remove from oven and add a liberal scoop of butter. Top with thin slices or chunks of warmed ham and shredded cheese. 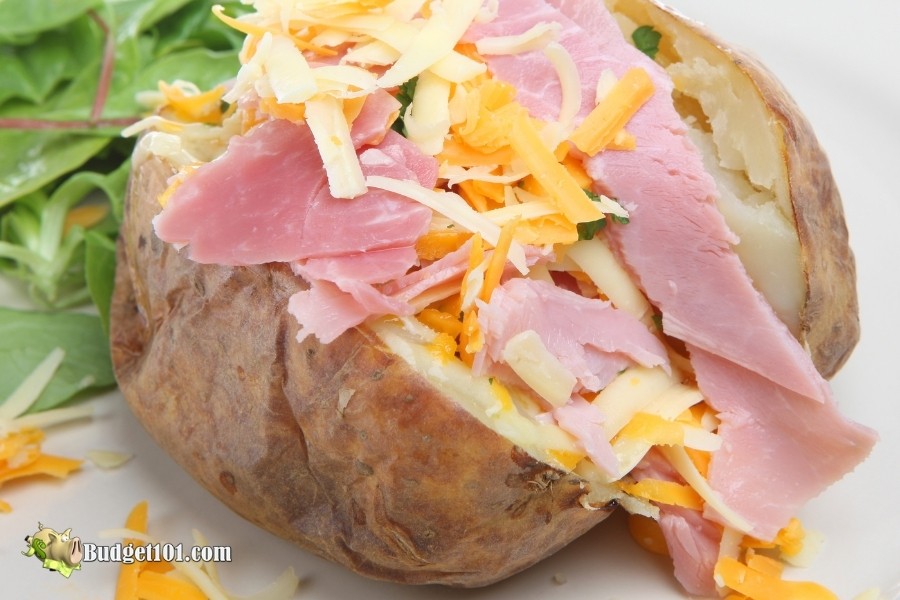 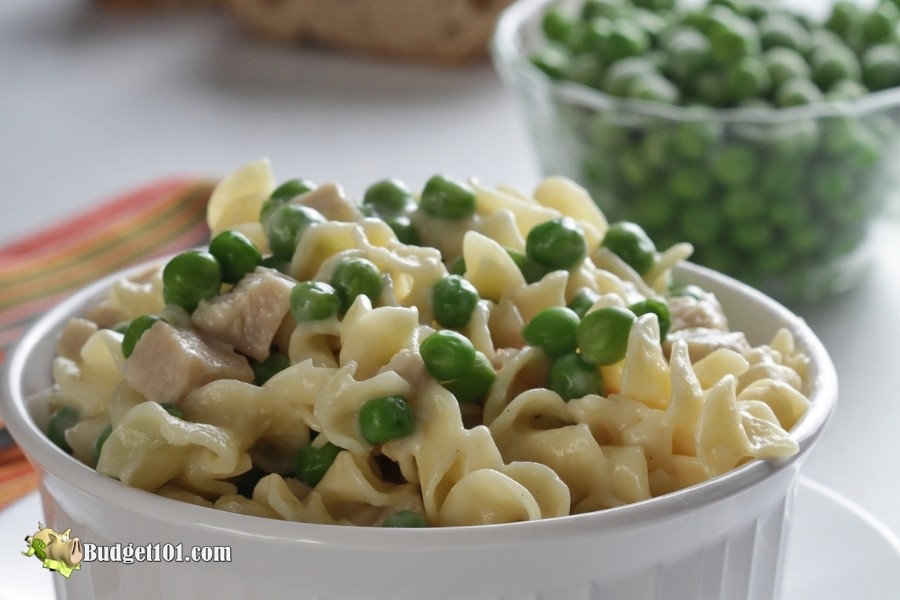 25 Enjoy an old fashioned ham biscuit for breakfast, add a fried egg, a slice of cheese, and maybe a slice of tomato too! Spruce it up by slathering on gourmet mustard. 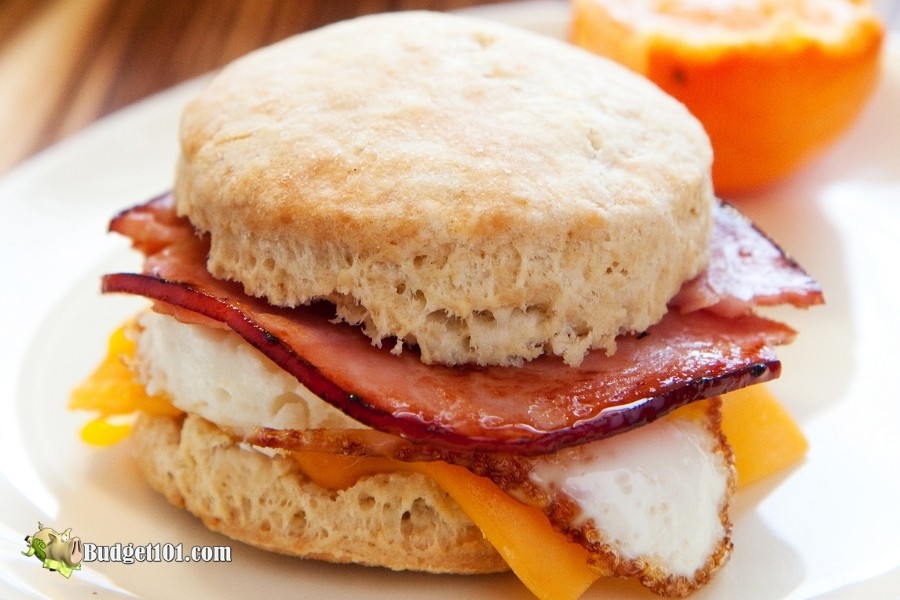 26 Add some steamed broccoli and warmed diced ham chunks to your favorite mac-n-cheese recipe to create a filling casserole for the whole family.

27 In a muffin tin pan, place chopped onions, peppers, peas, scallions or any other bits of veggies of your choice. Add 1 tablespoon of diced ham and top with shredded cheese. Fill the remaining space with beaten eggs. Bake the tray at 350F for about 25 minutes. 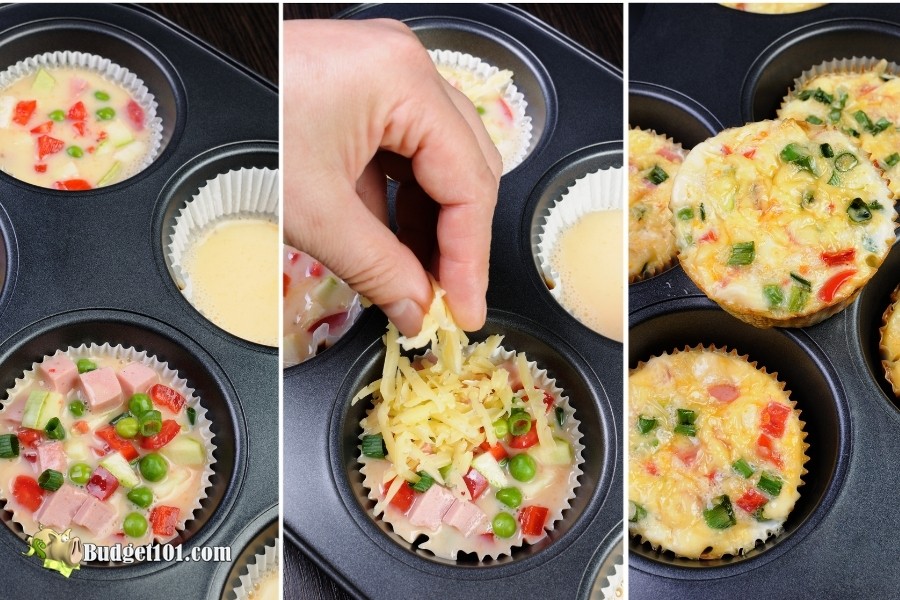 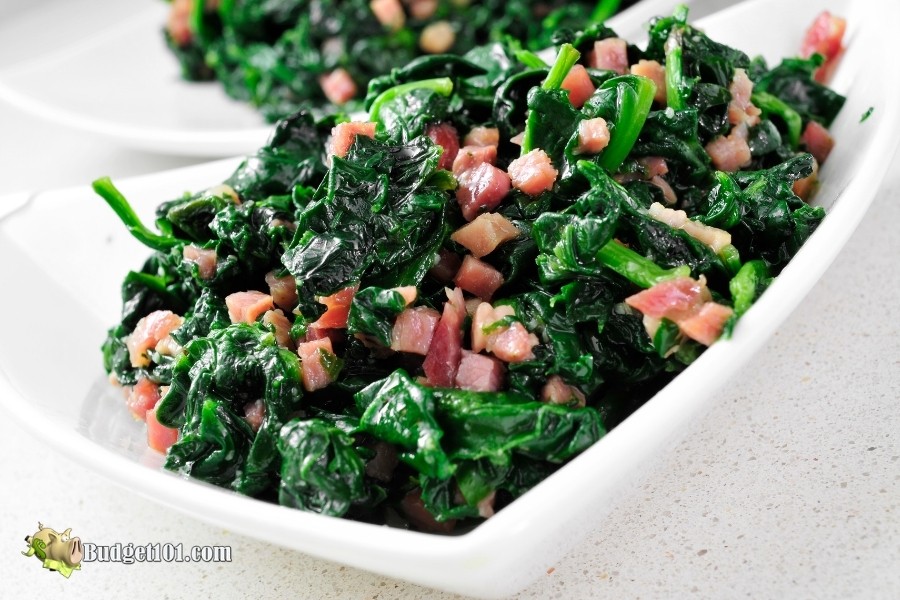 Turkey sandwiches are a given following the holidays, but one can only eat so many of those before they’re completely sick of turkey altogether!

Immediately following the holidays our friends throw an awesome chili cook-off party! White Chili transforms leftover turkey into a fragrant tasty dish that freezes well and is the perfect dish to share with friends. 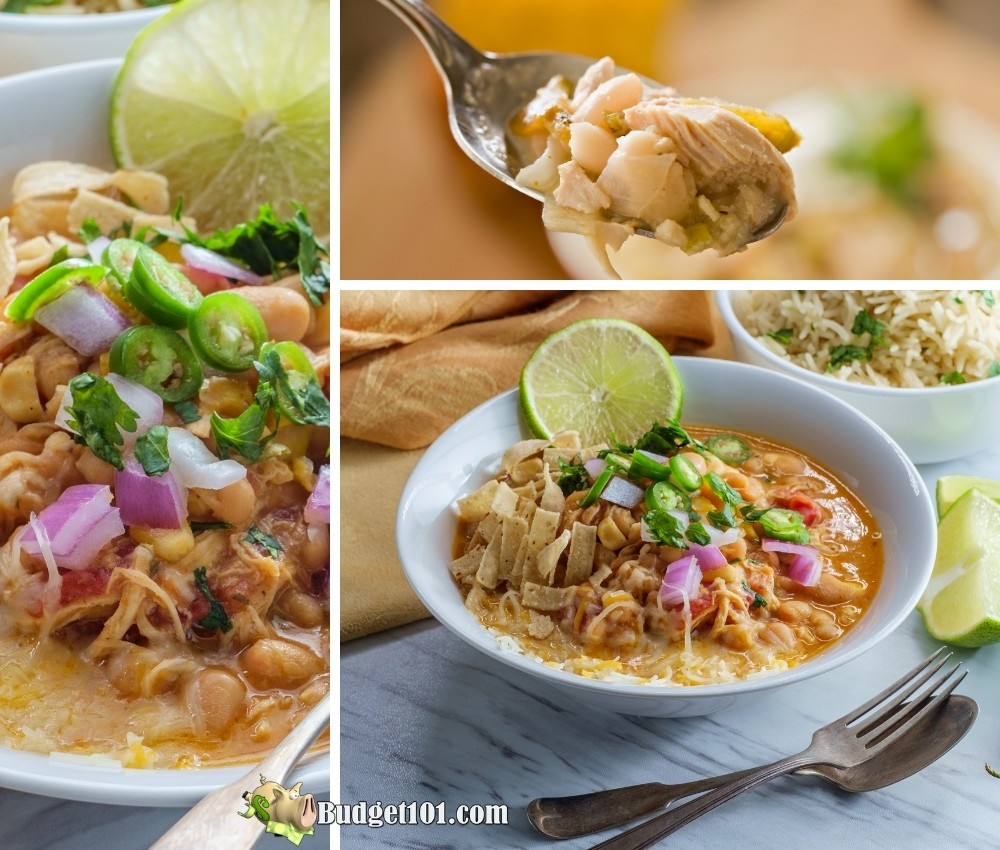 Slice some fresh onions, bell peppers, and carrots into slices and create a quick and easy Oriental stir-fry! 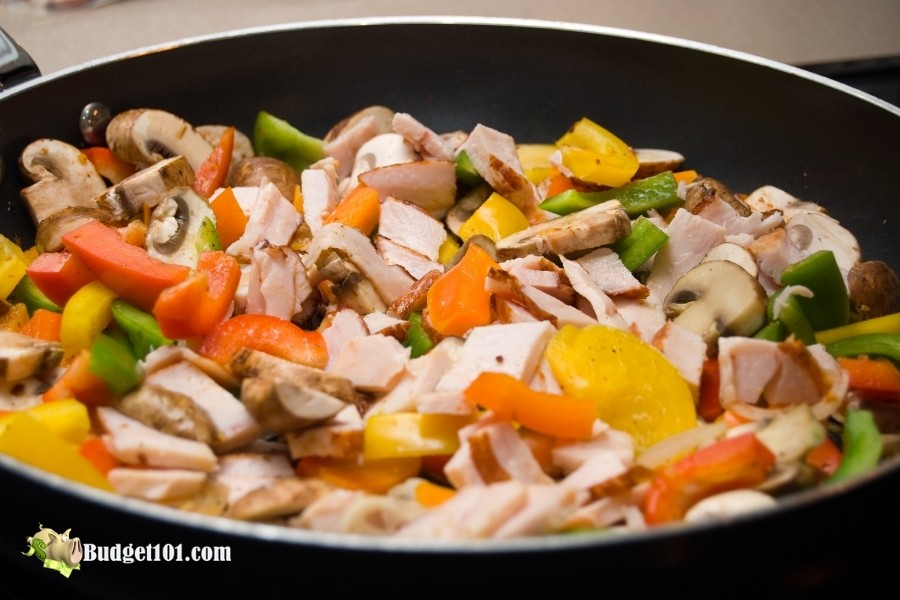 Homemade turkey pot pies are easy to throw together or make fresh hot biscuits and top with pot pie filling. 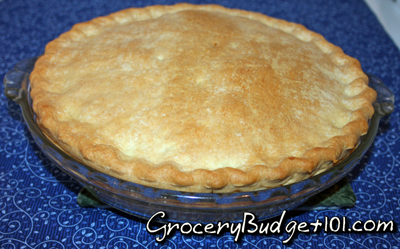 If you like recipes with a kick, you’ll enjoy this Cajun Turkey Jambalaya or for an Italian twist, try this Tomato Basil turkey casserole.

Once that turkey has been picked clean, don’t toss out the carcass! Add a few seasonings and veggies and simmer it to make an amazing flavorful turkey stock that’s perfect for hearty soups and stews later on in the year. Turkey stock freezes well! 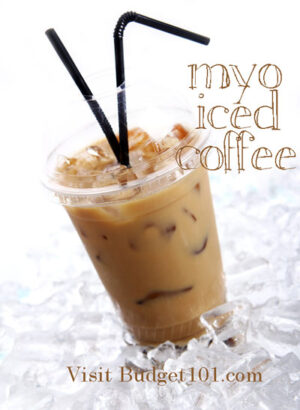