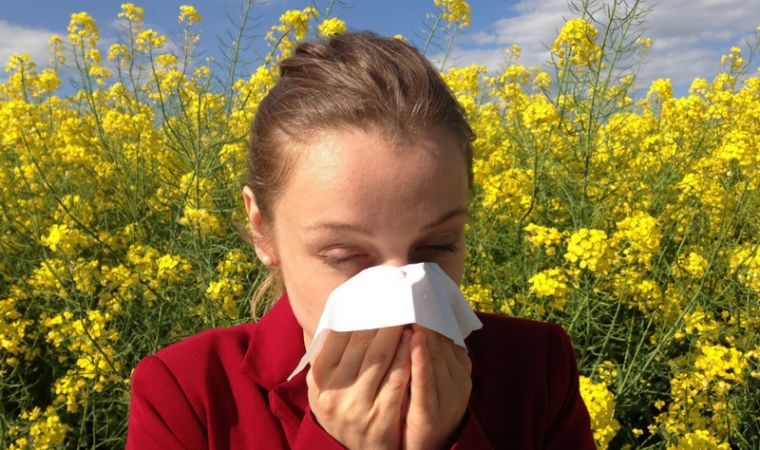 Hay fever is a common condition caused by an allergic reaction to pollen. Symptoms can range from mild to severe and often include a blocked or runny nose, dry or watery eyes, sneezing and an itchy throat. Conventional treatments include antihistamines, corticosteroids, nasal sprays and eye drops. 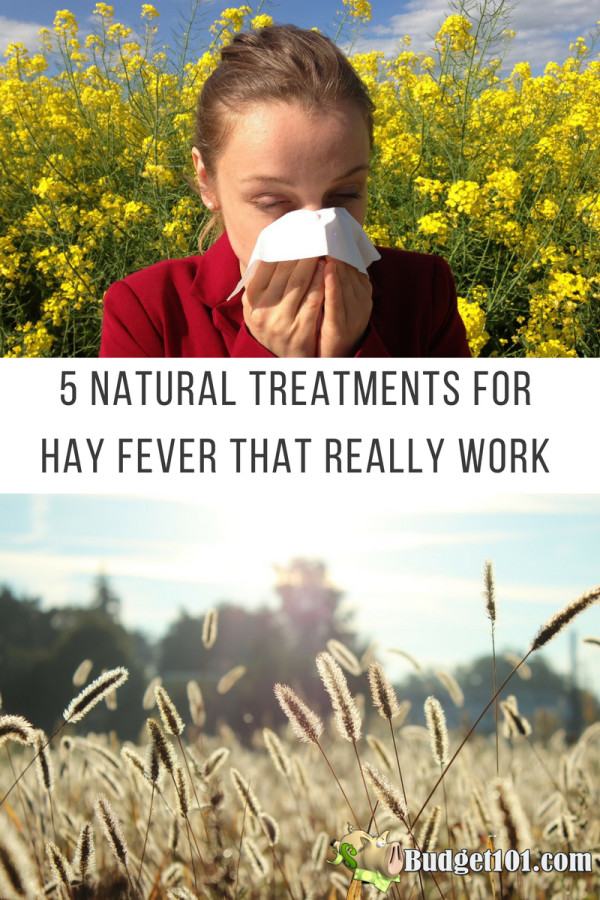 However, many prescription and over-the-counter medications come with unpleasant side effects, such as drowsiness. Several natural treatments can provide relief from hay fever symptoms, without causing drowsiness and other unwanted side effects.

Butterbur is a herbal extract that has anti-inflammatory and anti-spasmodic properties. Butterbur was traditionally used to treat a range of health problems, including coughs, asthma, fever and skin infections. Research has shown butterbur to be an effective treatment for hay fever, with some studies finding the herbal extract to be as effective as commercial antihistamines. Available in capsule form from most health food stores, Butterbur can also be found online. However, it’s important to buy from a reputable company, such as Now, as the extract contains toxins that must be removed during the manufacturing process. 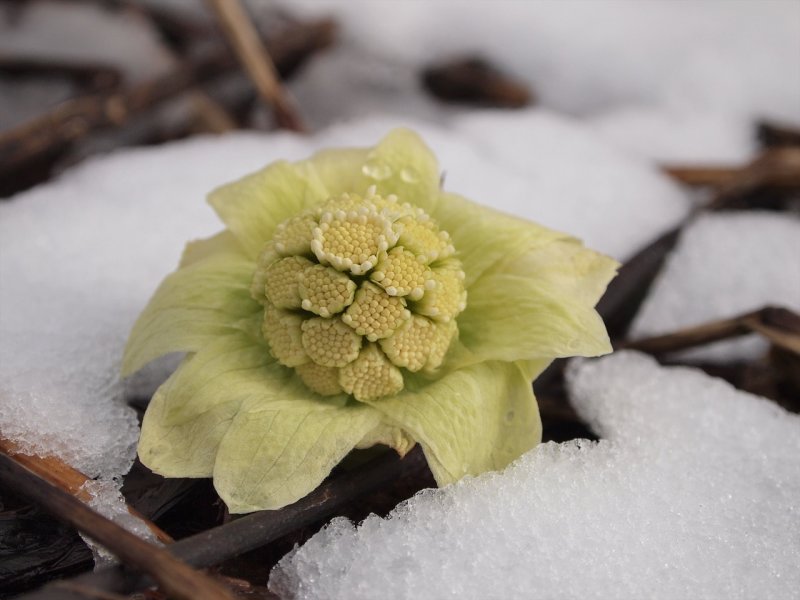 Hay fever is an allergic reaction to pollen, but the type of pollen can vary greatly from one region to another. Local honey contains traces of pollen from your local area, which will be the same type of pollen that causes your symptoms. Eating a tablespoon of locally-sourced honey every day can help to desensitize your immune system to the effects of pollen allergy, reducing the severity of hay fever symptoms. As local honey has a cumulative effect, it can take several weeks to reduce hay fever symptoms. Ideally, you should aim to eat local honey for at least two months before the pollen season starts. 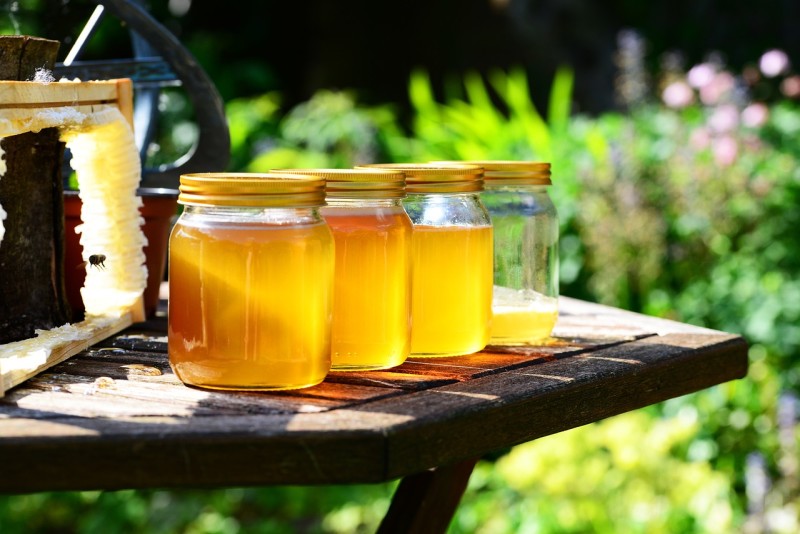 Unlike many alternative medicines, homeopathy can be used alongside conventional treatments, as it does not usually cause side effects or harmful interactions with other medications. While a trained homeopath can help you to find the best remedies to treat your specific symptoms, there are several remedies you can try for general hay fever symptoms. Allium cepa, a homeopathic remedy derived from red onions, is used to treat watery eyes and a running nose. Nux vomica is another popular remedy that can help to relieve a stuffy nose.

Garlic is a natural antihistamine and decongestant that also contains anti-inflammatory and anti-viral properties. In addition, garlic helps to boost the immune system and improve the body’s resistance to allergens. Regular intake of garlic reduces nasal congestion, catarrh, and excess mucus build-up.

While garlic can be added to food, the cooking process can destroy some of the beneficial properties. Using raw garlic in salads or eating whole cloves can be unappetizing for many people, so daily supplements are often the best option.

Acupressure has been used for many years as part of Traditional Chinese Medicine (TCM) to treat a wide variety of physical and mental health conditions. Acupressure works by using the pads of your fingers and thumbs to apply firm pressure to specific acupressure points on the body. Acupressure is particularly effective for unblocking sinuses and draining fluid build-up around the eyes and nose. There are thousands of instructional videos available online for those wanting to learn about the technique and appropriate acupressure points. 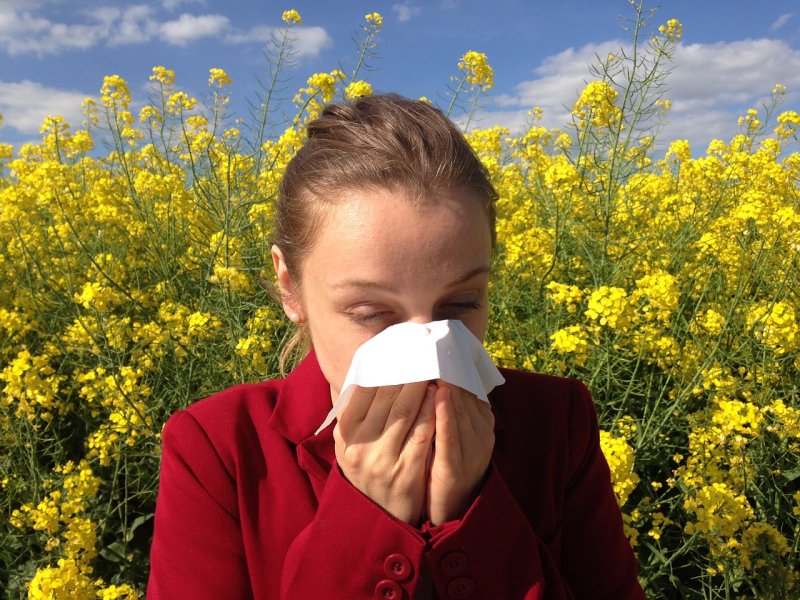 While hay fever symptoms can have a serious impact on the quality of life, many of the conventional medicines used to treat the condition can cause drowsiness and other problematic symptoms. Natural remedies can help to relieve symptoms, without causing side effects. However, each person responds differently to alternative treatments so you may need to experiment with a variety of remedies to find the right one for your particular symptoms.