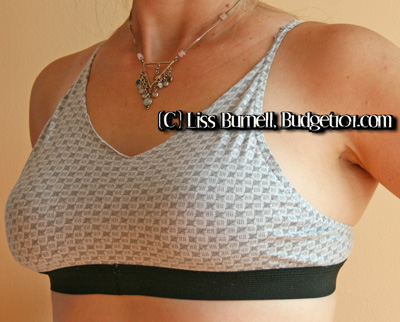 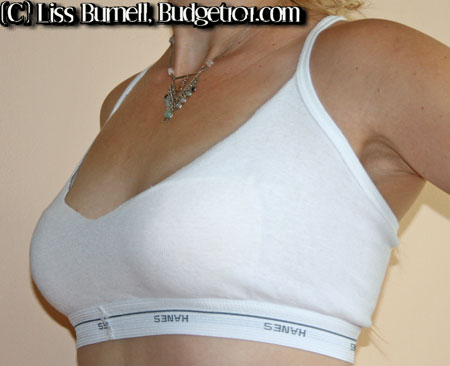 Caught without a bit of support? Need a bra in a pinch? Convert an under the butt nut hut, into an over the shoulder boulder holder! I know this seems rather amusing, but in all honesty, this really does make a fast, comfy bra. In addition, it makes a pretty funny gag gift as well. A few things you should know-

Size: To figure out what size underwear you need for your correct bra size, you simply match the waist size of a pair of men’s briefs with your bra size. If you wear a size 34 bra, you would use Men’s Medium 32-34. A size 36 bra would be a Men’s Large It’s that simple- really!

This works wonderfully if you need to customize a bra to fit under an article of clothing, a summer dress, a halter top, etc. These can be made in multiple colors as cotton-blend undies dye very easily. Not too mention- they’re VERY comfy!

Here are some cutting guidelines for various styles of bras including scoop neck, v-neck, and a backless bra. 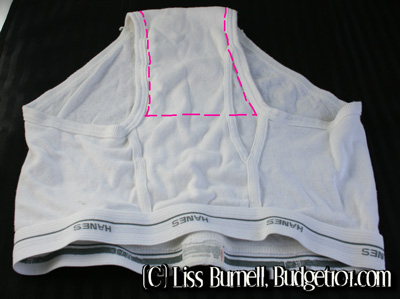 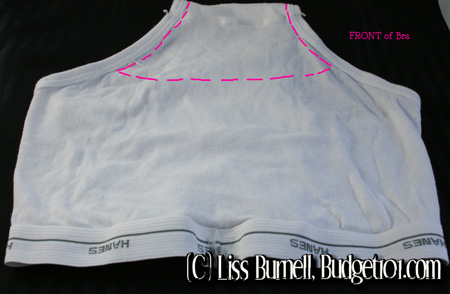 How to Create Different styles

Guidelines for Cutting Front of Bra (on the backside of the underwear) in order to create different styles such as v-necks, scoop-neck, and backless bras.

To create a v-neck style bra, simply cut the underwear as shown here: 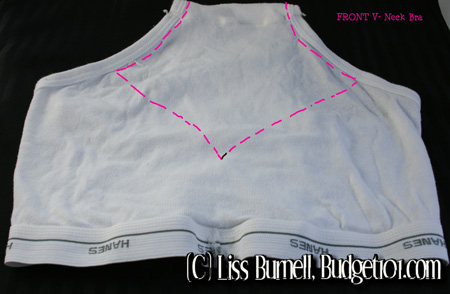 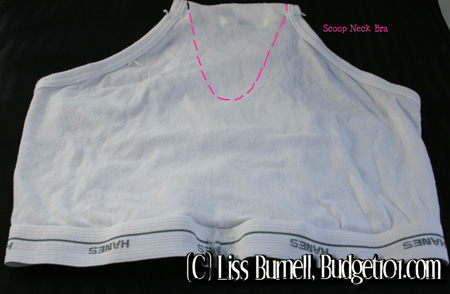 To create a backless style bra, simply cut the underwear as shown here: 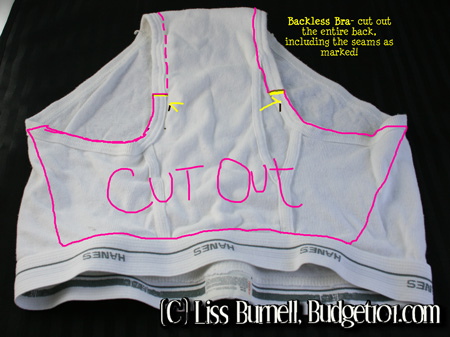 Poems to Include with a Gag Gift

Poem #1
I bought these tighty whities for my hubby,
who wore them with pride,
but was never able to locate the laundry room
so they could be washed & dried.
So, I used my imagination,
and a pair of sharp shears too.
I figured if they could hold up his “family jewels”
they could support my “girls” too!
(C) By Liss Burnell

Poem #2
I wanted to get you a lovely gift,
I thought this up with unusual swift-
It occurred to me that I could keep your girls from being juggled,
By simply trimming the front where his plums are smuggled!
(C)by Liss Burnell

Poem #3
I stole my husbands under the butt Nut hut
to make you this over the shoulder boulder holder!

Here’s another Poem to go along with this:
I pick up his dirty clothes
‘Cause he can’t seem to do it.
This time, you see, I had some fun
Before he even knew it!

If he can’t take care of his things
Then I’ll just make them mine,
So I took a pair of scissors
And a little bit of time,

and I made a handy dandy bra!
It’s soft and comfy, too!
And when he dropped another pair
I made this one for you!
(C) By Kelli

And Yes, to answer your most Frequently asked Questions- that REALLY was a pair of underwear, SEE!: 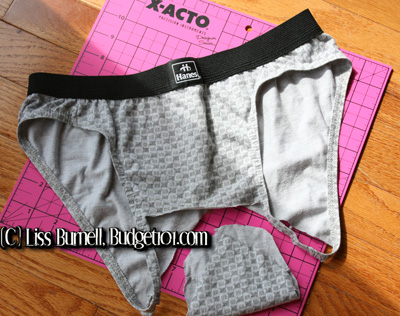