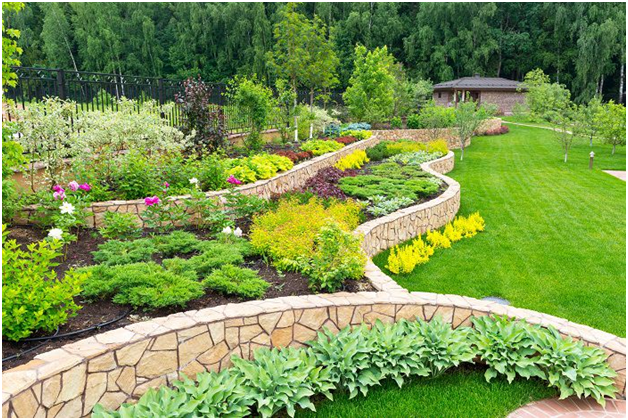 You’ve seen all of the pictures from people who have done this big, elaborate landscaping project in their backyard and it looks fantastic right? But it also looks like it would put a huge dent in your bank account.

And for the most part, that’s a valid concern to have, because real landscaping tends not to come cheap. You need a lot of materials, you need a lot of tools and certain things you might want for your garden you will have to pay someone else to do.

It depends on the size of your project too, but the expenses will rack up, especially if you aren’t careful with your spending. There are ways around this though, and one of which is to take the DIY route and make most of the improvements yourself. 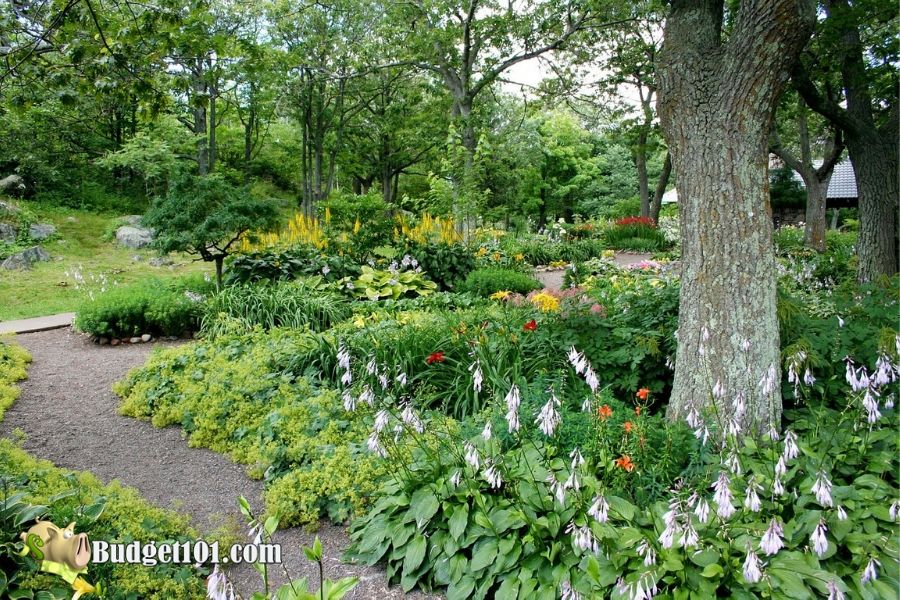 DIY Landscaping Ideas on a Budget

Here are a few DIY tips, tricks, and ideas for landscaping on a budget.

Wooden pallets are not hard to come by. You can buy them pretty cheap and sometimes construction companies and delivery companies will have old ones which they are willing to part with if you ask them about it.

You might even have some pallets lying around in your shed at the end of your backyard and not realize it. They are used to transport so many different things and often end up just lying thrown around the place.

The great thing about them is that they are basically a source of pre-cut wood that is very easy to break up into individual boards. You have to be careful with them because there are going to be nails and splinters, but all you need is a hammer to break a pallet up.

And then there are a bunch of different ways you can use that wood in your garden. You can use the boars as borders for flower beds, you could make a wooden path through the grass or through some flowers.

You could also use it to make patio furniture. People may be turned off by this because the pallet boards will often look worn down and beaten up, but that just gives the furniture a rustic look. 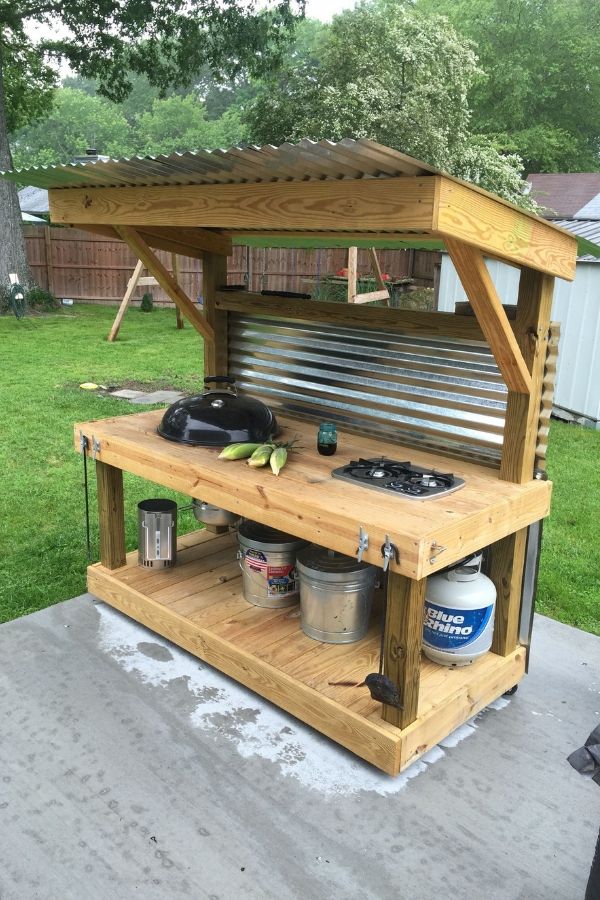 Patio furniture can be very expensive, but using repurposed pallet wood will cut that down to basically nothing. You could make a table and a couple of chairs with the wood from just one or two pallets. Or you could make your own garden bench.

Build Your Own Fire pit

A fire pit is a great addition to your garden. There’s nothing like spending a summer evening sitting in the backyard while the fire crackles in front of you. It’s also nice if you’re having a garden party.

When the sun goes down, instead of having to go inside, people can gather around the fire with a few drinks. And of course, there are some fire pits which you can have professionally installed or fancy impressive looking ones which cost a lot of money, or you can make your own. 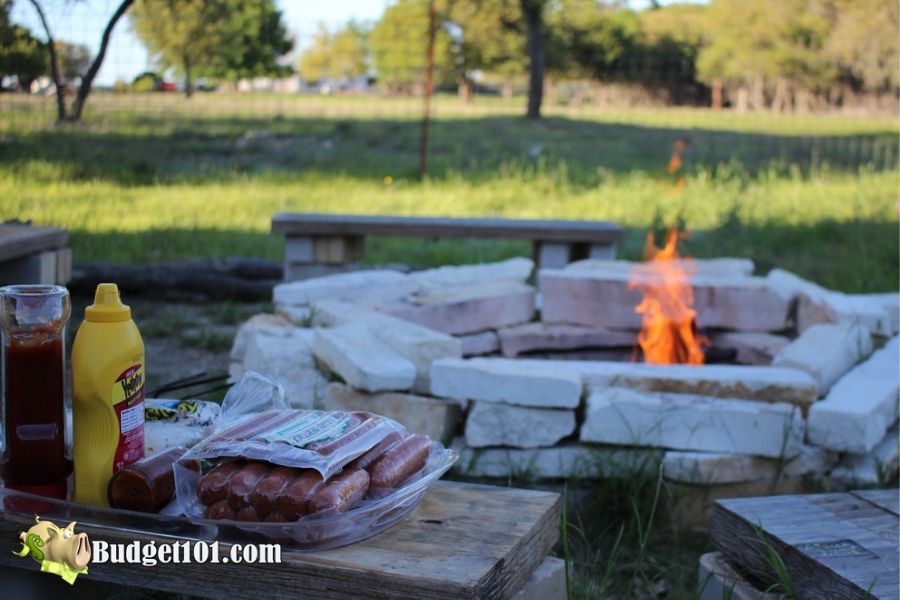 There are a few different ways to do it, but whatever you decide to do, it’s probably going to be an even easier process than building something out of pallet wood. The easiest and cheapest option would be to gather up some cinder blocks and cement and make a simple fire pit out of that.

Choose the area in your garden and you can pretty much just build up the blocks in a square and have the fire pit inside. It’s something that could easily bang out in a weekend or even just in an afternoon if you’re committed enough.

You could also build a pit using a concrete flower bowl or even repurpose something metal like a steel drum or you could buy some steel sheets and make a square-shaped one. There’s a lot of options for this one.

You may have never heard of the term ‘ornamental grass’ before but you’ll probably recognize it. It’s the kind of feature you can have to try and ramp up the foliage in a garden that doesn’t have a huge amount of natural grass or trees.

Ornamental grass will also be natural-looking but adds decidedly decorate flair to your garden and they are extremely easy to grow and maintain. You can choose from a wide variety of different, elegant designs. 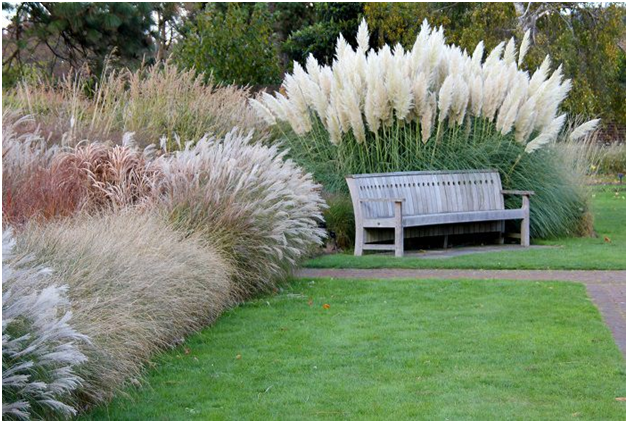 There are some options that are short, bush-like and don’t take up a huge amount of space. These would be the mounded and tufted options. Then there are also some of the upright ones which are taller and make more of a statement.

Unlike many plants and flowers that you might want to include in your garden, ornamental grass tends to be long-lasting and requires little maintenance. Their soil requirements aren’t hugely demanding either.

So they’re basically a cheap and simple alternative to planting an abundance of flower beds.

Not everybody is interested in having some kind of lighting in their garden but it’s useful if you plan on spending a lot of time out there, even when it starts to get dark. To avoid spending too much on these big, extravagant outdoor light fixtures, take some of these DIY options.

You could repurpose Christmas lights outside of the holiday seasons. Wrap them around trees or string them up on walls. You could provide light all around your garden this way with a few different strings of lights. 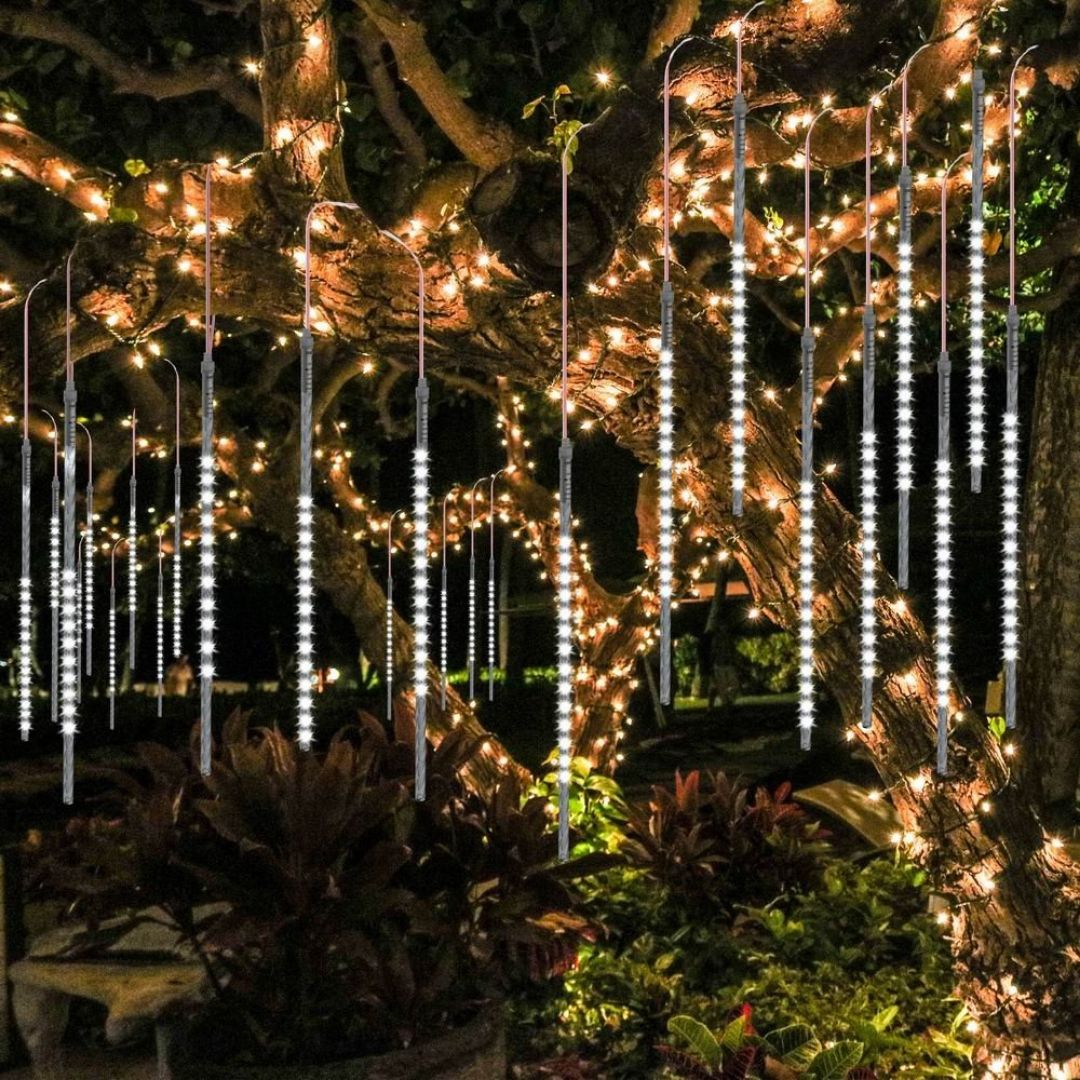 You could also build a makeshift light fixture and then wrap the Christmas lights around that so that it looks like a chandelier. For this, you could use the metal from a pair of potting bowls or you could use a length of strong rope.

Hanging lanterns are easy to make too. Use an old mason jar or maybe an empty wine bottle. You could do some electrical wiring and use bulbs or you could avoid that altogether and use candles for lighting.

Landscaping doesn’t have to cost you too much money, and you can use it as an opportunity to flex your creative muscles by making some garden features from scratch.