Organic gardening doesn’t have to be expensive, here’s how we keep our garden chemical free with “Sea Monkeys’!

As a kid there were these great mini-aquariums that always seemed to captivate me with images of brightly colored animated sea monkeys. These unique little creatures were touted to be trainable, following flashlight movements and play before your very eyes. To say I was enamored with raising my very own Sea Monkeysis an understatement. Of course, the reality of those little sea monkeys is that they’re simply brine shrimp and they do indeed swim toward light. I made the mistake of telling my husband of my childhood Sea Monkey addiction, so you can imagine his amusement when my Preying Mantis egg cases arrived. He lovingly refers to them as the ‘Sea Monkeys’ and frequently asks, “have your monkeys hatched yet?”

Well, imagine my sheer delight when they not only hatched, but created the most flourishing garden habitat we’ve ever experienced!

Organic gardening doesn’t have to be expensive, for about $10-15 per season you can add natural local predators like these adorable preying mantis nymphs which will grow rapidly, protecting your garden from a variety of pests.

Mantids are natural predators and as such they eat a wide range of pest insects such as aphids, caterpillars (including tomato hornworms, cabbageworm, pickleworm, cabbage loopers), whiteflies, mealbugs, scale, spider mites, leafminers, scorpions as well as large variety of beetles. These beneficial beasts have a voracious appetite and will eat literally day and night on the bugs that would normally decimate the garden.

Mantids aren’t all fun and games, as they grow larger they’ll also consume mice, voles, moles, frogs, toads and snakes as well! Fully grown they reach sizes of 2-4 inches in length and can vary greatly in coloring with different shades of green and brown. (Although with more than 1,800 varieties, the colors can vary considerably!)

Where to get them?

You can order Mantid Egg Cases online, they arrive in a handy little hatching container. It’s extremely important that you check the container at least twice daily. Once they start hatching you have a VERY short window of time before the mantid nymphs will begin to cannibalize each other. Each egg case will hatch 150-300 nymphs, depending on the species. 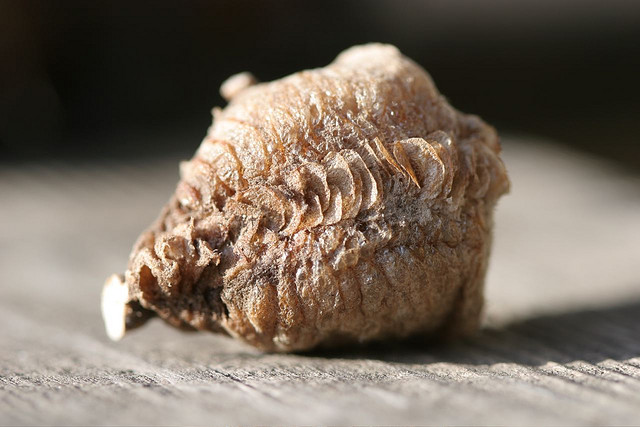 Keep in mind that you don’t necessarily have to purchase mantid egg cases, now that you’re aware of what they look like, you can harvest them naturally and overwinter them, placing them in your garden in the spring. Keep in mind that with such voracious appetites if there is a limited food supply they will either eat each other or move away.

Here are our newly hatched mantids being released in the garden… 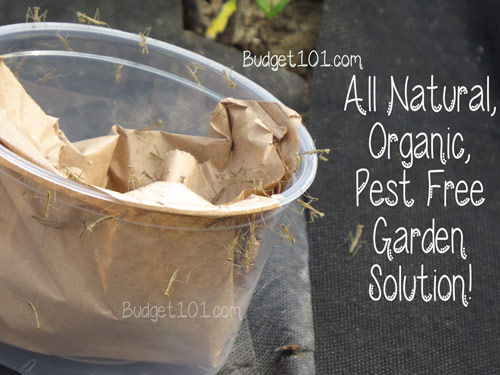 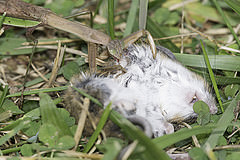 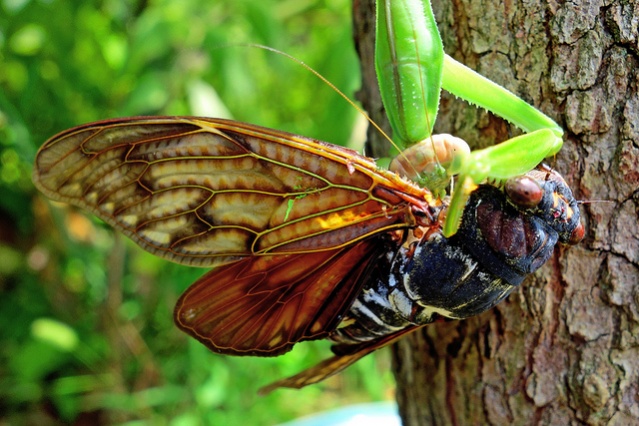 About Liss 4024 Articles
Melissa Burnell, known to her friends and fans as "Liss," grew up in Southern Maine, now residing in sunny South Carolina. As a busy Wife, Mother of two sons, an avid photographer, and self-employed entrepreneur, Liss understands the value of both time and money.
Website Facebook Instagram Twitter YouTube