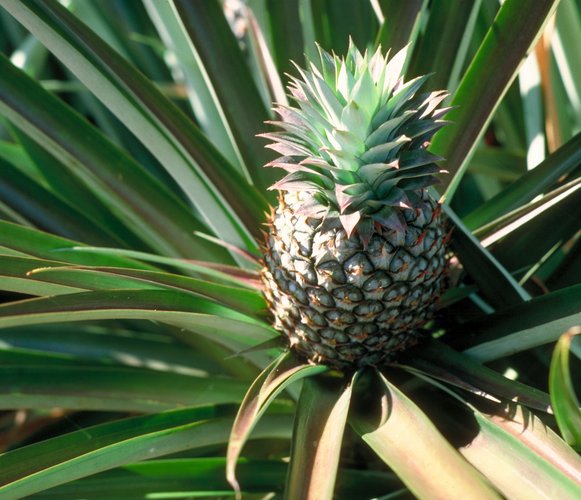 Juicy, delectable pineapple is a favorite of many people but few know it can be grown indoors as well. The next time you buy a pineapple at the grocery store, don’t discard the top after cutting it off, instead, grow a pineapple in your home!

How to Grow a Pineapple Indoors

The first step to growing pineapple indoors is to save the top of the pineapple fruit. 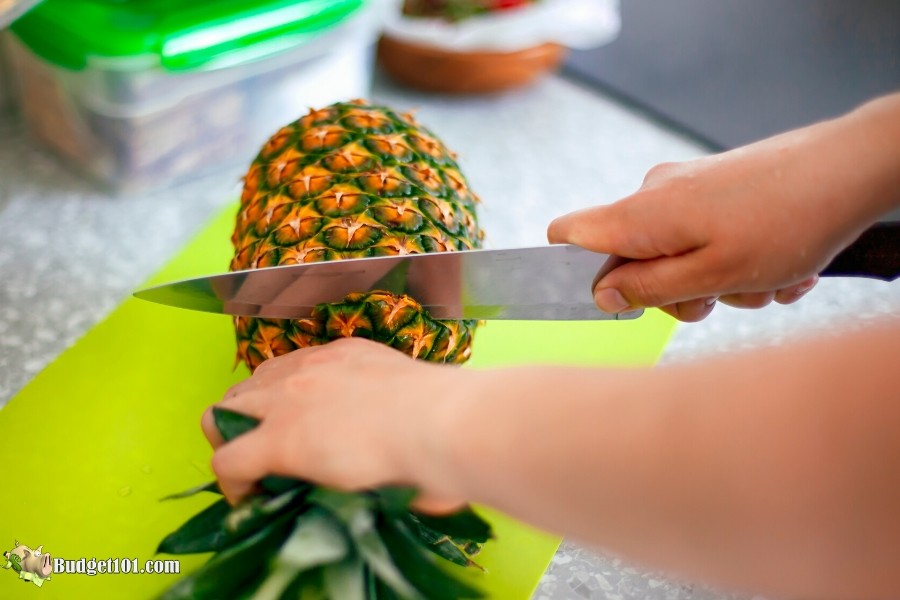 Remove any excess pineapple fruit flesh and skin from around the leaves, being careful not to cut into the tough area around the bottom of the leaves. The stem should be dry, bare and clean.

Let is set for a day or two to cure.

Plant the pineapple stem into slightly damp potting soil, combined with sand and vermiculite. Keep the soil damp, but not wet, for another two weeks.

Be careful not to overwater or the new roots that are forming will rot. In the next few weeks, all the outer leaves will die and can be removed, as the new leaves begin to grow. It is best to allow the plant to grow, removing the dead leaves for the next year. During this time the pineapple should be watered no more than once a week.

Pineapples like dry, acidic soil so occasionally add a little excess coffee to your water. During the spring sprinkle a teaspoon of Epsom salt near the base of the plant and continue watering as usual. You can also set the plants outside in a semi-sunny area.

How to Force the Pineapple Plant to Bloom

After approximately a year, you can force your pineapple to bloom by placing the mature plant in a plastic bag with an apple for three days. 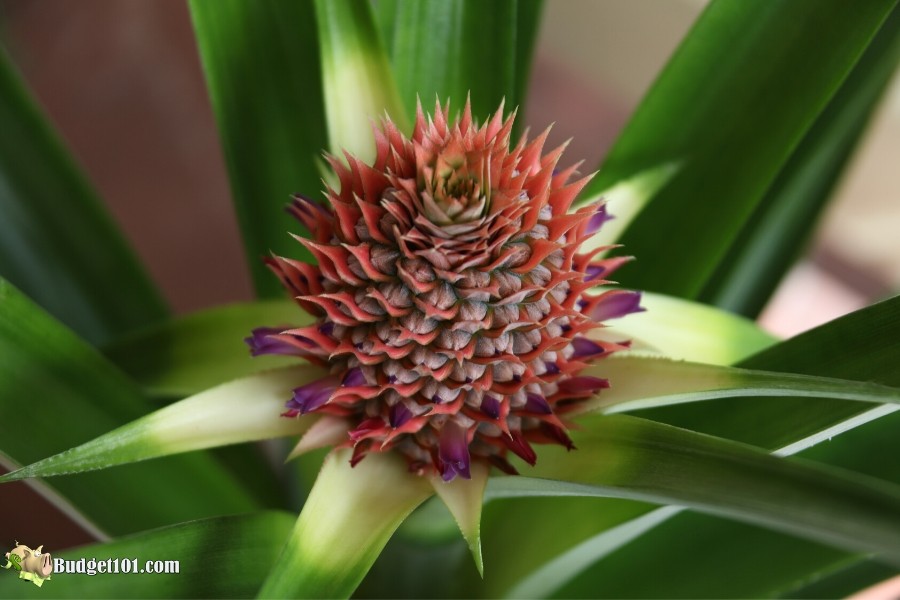 The trick is the gas that is produced by the apple and after the plant is removed it should bloom in two to three months.

How to Water a Pineapple Plant

How you water pineapple is also important. The pineapple should be watered from the top so that the cups at the bottom of the plant are filled. It is also healthy for the pineapple plant to wet the leaves as you water.

If your plant starts taking on a reddish-purple tinge, as in the photo below, that means your pineapple plant is HUNGRY! Pineapple plants tend to get most of their nutrition from their leaves, so spritz them regularly with a diluted fish emulsion or seaweed extract. 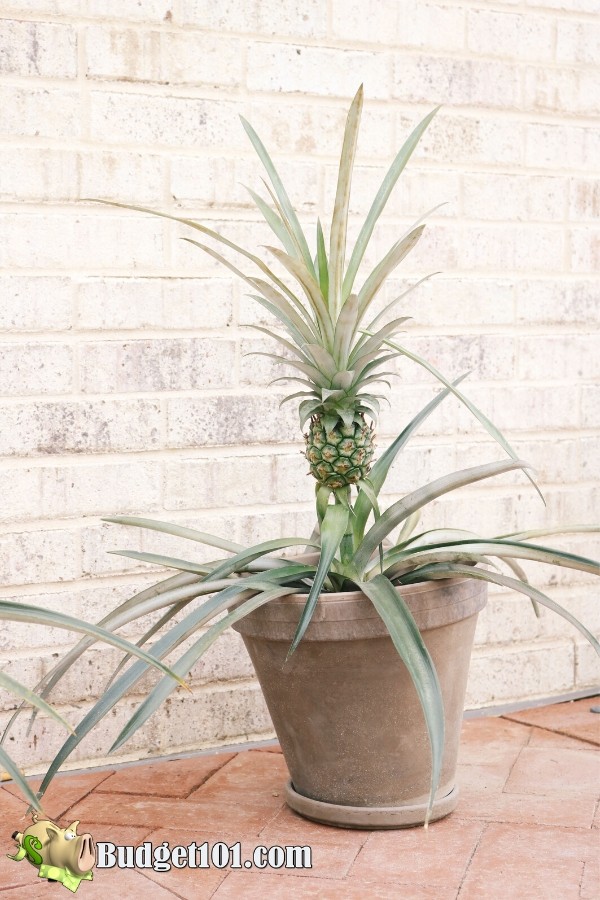 Pineapple plants only flower one time, producing a single pineapple, then it dies. However, it does produce offspring before it dies. The offspring, known as suckers or pups, grow between the leaves of the mature pineapple.

At this point, you can remove the suckers and start an entirely new pineapple plant! 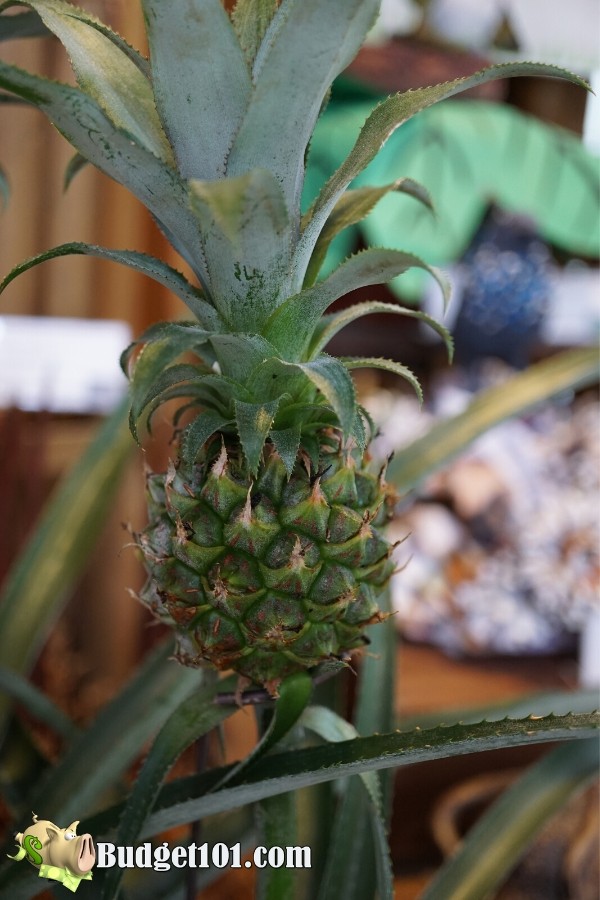 Once the pineapple is yellowed, it is ripe and can be enjoyed in a variety of delicious recipes, such as this copycat Disney Dole Whip.

17 thoughts on “Grow a pineapple in your home”