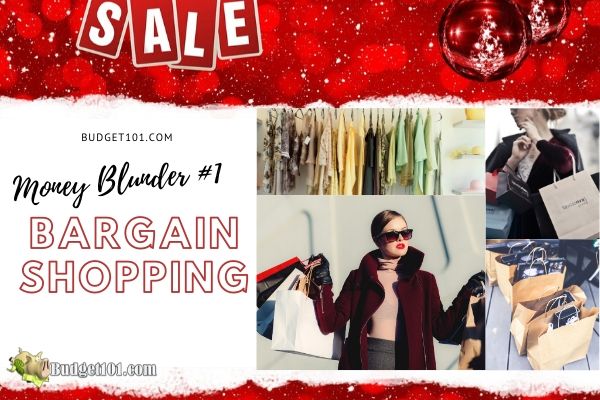 Lately, I’ve been reading lots of posts and frustrations of people that are doing everything they can to get out of debt (or at least prevent themselves from getting in any deeper) and the one thing I often see these posts is money blunders #1- bargain shopping.

Tell me, does this scenario sound a bit familiar to you… You run into Walmart because you ran out of milk/bread or any other basic necessity and as you’re running to the back of the store to grab a gallon, you pass by a rack of jeans on sale for $8-10 a pair.

You think to yourself, “WHOA, I can’t afford NOT to buy these, they’re practically giving them away, they’re only $10!”. So you add that $10 to the cart. A little later in the day, you swing into Starbucks for a mocha frappuccino, there’s another $4. You’ve just bargained shopped your way deeper into debt.

It takes just $13.69 per day. So while these little purchases may seem like great deals or big bargains, it can be a pitfall for your budget.

I challenge you to keep a small envelope in your purse or above the visor in your car. Anytime you spend ANY money, slip the receipt into that envelope. At the end of 1 month, go through and add up all of the unnecessary items, or “Bargain” items, convenience items such as that frappuccino that you had to have on your way home.

It may be a real eye-opener!

“A bargain is something you don’t need at a price you can’t resist”
~Franklin P. Jones

Bargain or Waste of Money, How to Tell

So, when is a bargain an actual bargain and not just a waste of your hard-earned money? Here are six things to ask yourself to determine if a bargain find is really a steal of a deal that you can feel good about at the end of the day or just another budget-buster.

Just because the price is right on a heavily marked down item doesn’t mean it’s a bargain. Ask yourself, would I purchase this item at full price? How about 20% off?  Even the most discerning shopper can become dazzled by the flashy sales signs and overhyped ads. 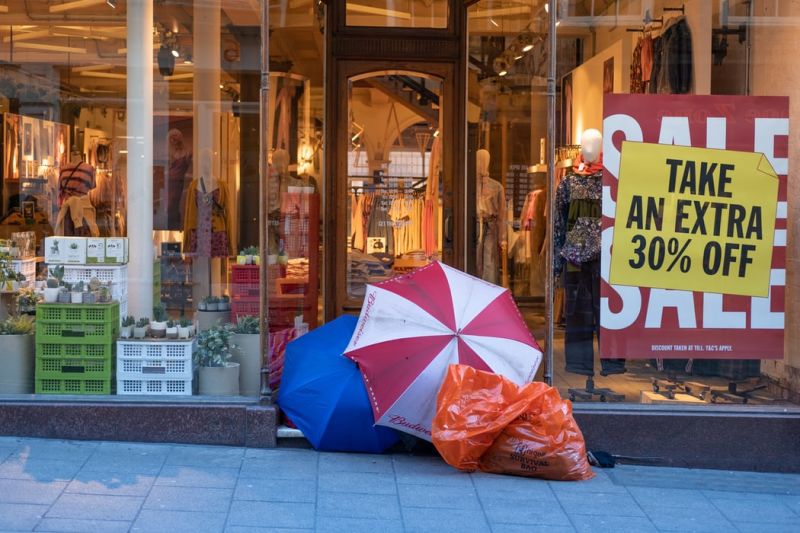 Is this really the lowest price?

Most goods have an already inflated Manufacturer’s Suggested Retail Price (MSRP). This price doesn’t mean that the item is worth that amount of money, it simply means that it’s what the manufacturer values that item at. You’ll often see majorly inflated MSRP’s on “As Seen on Tv” items or infomercials.  You know the ones, you can get this, and this and that, today only! It’s a value of $599 but if you act right this second, you can get it for just 4 easy payments of (insert bargain price here). But wait, there’s more!

Stores often use the inflated MSRP to make their own prices appear to be a deal. The manufacturer tag will display something like, “Original Price: $59.99, Our Price $39.99” to give you a false sense of savings. The item was never actually sold at $59.99 they just want you to think it’s worth that amount.  In reality, it’s likely not worth HALF of the amount, it’s just a marketing tactic to suck you in.

Some stores will even mark up the items just prior to marking them down to make them appear to be a deal. Here’s the tag that on Imgur user discovered while shopping at Old Navy on Black Friday:

Will it go bad?

If you frequent Sam’s, Costco, and other big-box warehouse stores, this one is for you. While those giant bottles and jars of this and that look like they can feed the whole household dirt cheap, who are you kidding? What are the chances of eating it all before it goes bad? Do you even have the fridge space to store it once it’s been opened?

If you’re considering buying an item in bulk because it’s a bargain, ensure that you have the place to store it once it’s opened and that your family can definitely consume it before it becomes stale or rancid.

There are lots of times in life where it doesn’t pay to be cheap. If a normally semi-expensive item is being sold at a hugely discounted price, you need to ask yourself why. Inspect it thoroughly.

Is the discount instant?

Is the discount being offered instant? Meaning, will the price be taken off at the register or do you have to mail in a rebate in order to get some of your money back? Mail-in rebates are notorious for being difficult to fill out, they often include a large list of demands, the original receipt (not a copy), attached via tape, not a staple, filled out in a certain color pen (not red), the list goes on.

The problem with this is if you happen to miss a detail, you never get your rebate. We’ve actually encountered this issue with DirecTv. They offered a $200 gift card as part of a black Friday deal, my spouse was ready to change satellite providers so we bought into the “deal”. The fine print was that we wouldn’t receive it until we’d installed and paid for service for a couple of months first. Two years later, we’d completed our contract and never received the card that they claimed they mailed out, despite countless calls. Lesson learned.

If the deal isn’t instant at the register, don’t count on ever receiving it. 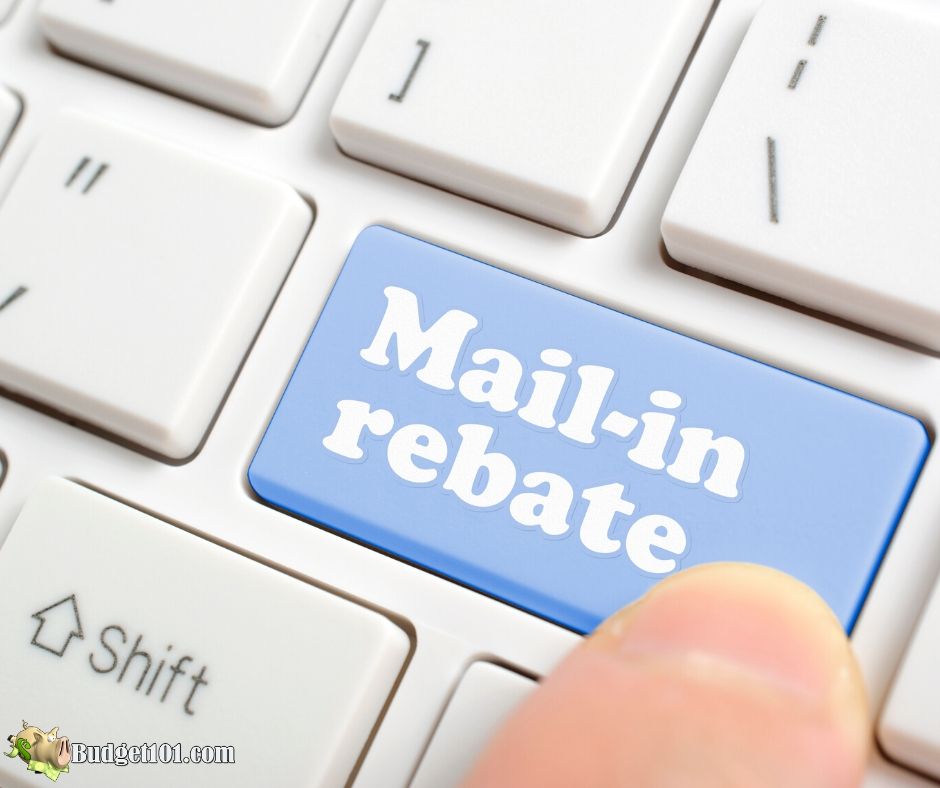 Is it being liquidated?

Liquidation sales are the equivalent of driving into a bad neighborhood. You know you shouldn’t drive down that street, that you’ve got to keep your windows up and be prepared to run at any moment, but for some reason, you go anyway.

I know you’ve seen these, blaring signs with things like, “everything must go”, “80% off”, “Closing soon!”, or my personal favorite, “Rock Bottom Prices”.  If you’re looking for a deal, the honesty stops right at the end of the words on the sign. Those so-called rock bottom prices are quite often higher than the original MSRP, to begin with.

This is where you need to be a savvy shopper and comparison shop. Search for the item online to see if you can get it anywhere else for less. Preferably someplace where you can get service if the item ends up being faulty. The problem with buying at liquidation sales is that the business often closes shortly thereafter. If the item doesn’t fit, doesn’t work, is somehow faulty, you’re the one up shit’s creek without a paddle.