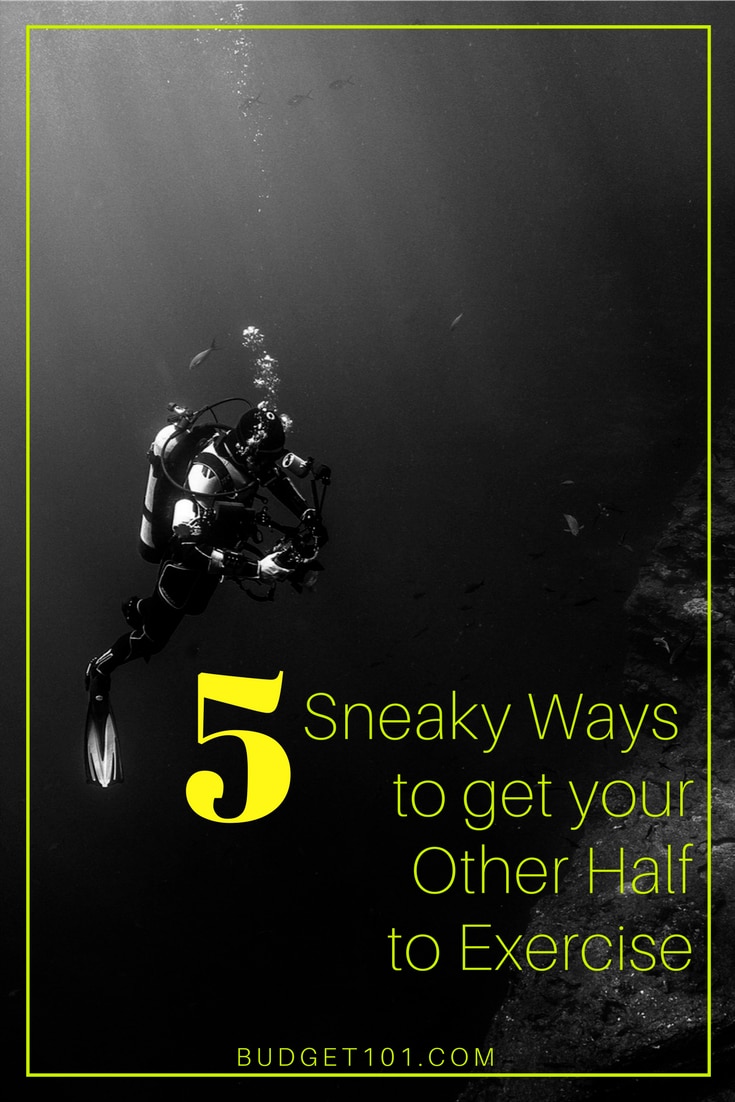 FIVE SNEAKY WAYS TO GET YOUR SIGNIFICANT OTHER TO EXERCISE
You head out for a run, and he heads for the rum. You push yourself to jog another lap, and she snores like a log through another nap. It can be a touchy subject, but when your partner is out of shape, it can affect you more than you realize. Even though couples may have different views on exercise, one partner’s exercise regime, or lack of one, has been proven to affect the other’s.

A long-term study of middle-aged, married couples reported by The New York Times found that a man who did not exercise but was married to a woman who did was 70 percent more likely to be exercising six years later, so long as the woman was still exercising regularly.

If the roles were reversed, 40 percent of women were more likely to have picked up the exercise habit if her husband exercised and continued to exercise six years later. And, it naturally followed that if one spouse started to slack off or quit exercising altogether, the other spouse often did, too.

Caring about your partner’s fitness can be a way to help ensure that you maintain your own method and frequency of exercise. If you’re worried about your partner’s lack of interest in exercise, but don’t know how to bring it up or encounter resistance when you do, try these sneaky ways to slide in a few extra moves for health:

1) Make a date that includes exercise. Exercise can be romantic! Instead of sitting down to a dinner and a movie, take a hike in the great outdoors. Make a day of sightseeing on foot in the nearest city. Walk around all day at the zoo. Or, hit some hills and thrills at an amusement park. You could also hit the dance floor. It doesn’t have to be at a hipster club. Ballroom and swing dancing are both romantic and good exercise.

2) Sign up for weekly lessons. The lessons could be for dance, yoga, scuba diving, snorkeling, sword fighting, horse lassoing, it doesn’t matter. So long as the lessons are for an activity that gets you and your significant other out of the house and moving. Committing to a weekly activity can be fun and healthy while also making sure you and your partner spend quality time together.

3) Say yes to sex! According to Men’s Health, men burn an average of 100 calories during the average sex session, and women burn 69 calories. Hey, but that’s during an average session. Who aims to be just average? Get wild and get those calories burning. Better yet, do it twice and burn twice as many calories.

4) Give your loved one the gift of exercise. Give him or her exercise DVD’s, visits with a personal trainer, a yoga mat, or a digital jump rope. A gadget that keeps tracks of steps may encourage your partner to move more. Whether it’s running shoes and shorts or cold-weather gear, you never know what may hit the mark and inspire your significant other to exercise.

5) The same tried and true methods you use to sneak in exercise for yourself can work with a significant other as well. When you’re out together, park in the the spaces of a parking lot that are farthest from the entry. Take the stairs instead of the elevator. At home, keep an exercise ball and other exercise equipment by the TV so everyone is more likely to use it.

If all else fails, laugh. A Vanderbilt University study found laughing increases energy expenditure and that 10 to 15 minutes of laughter could burn 10 to 40 calories per day. Laugh every day for a year, and that’s about four pounds.