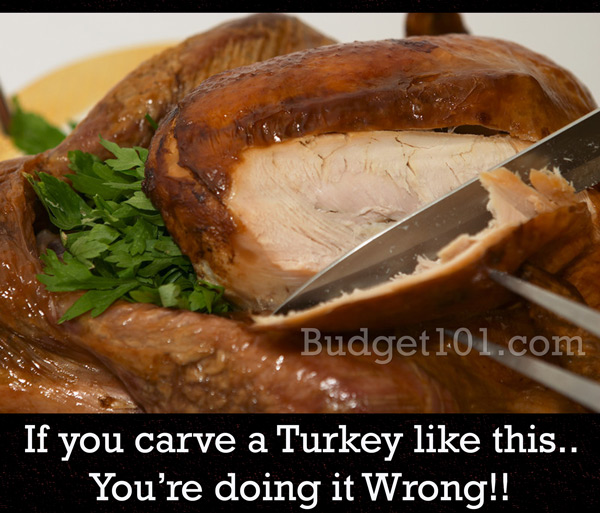 The turkey is nearly done, but then what? If you’re not sure how to properly carve a turkey, don’t “learn” while the family is watching, check out this simple tutorial!
I have to admit, for years I carved turkeys just like mom and grandma used to do, slicing down the side of the breast, trying to figure out how we were going to divide it up between 12-15, even 20 people without slicing the breast TOO Thin and short-changing someone.

Then, after the meal, some poor soul was stuck “picking over” the carcass of the bird so we could make sandwiches and soup.

Well folks, those days are OVER.

Once you’ve removed the roasted turkey from the oven, it should be allowed to rest for a minimum of 30 minutes in order to allow the juices to evenly distribute back into the meat. (This is a perfect time to bake the yeast rolls or biscuits!)

How To Carve A Turkey | Jamie Oliver

Place the turkey on a carving board.

Using a sharp knife, remove the legs and thighs.

To remove the legs, carefully cut through the skin that connects the breast and the drumstick.

Remove the wishbone- cut down along the sides of the wishbone, grasp it firmly and pull it out.

Remove turkey breasts- slice down along the bone, removing the breast in one large chunk, set it aside. 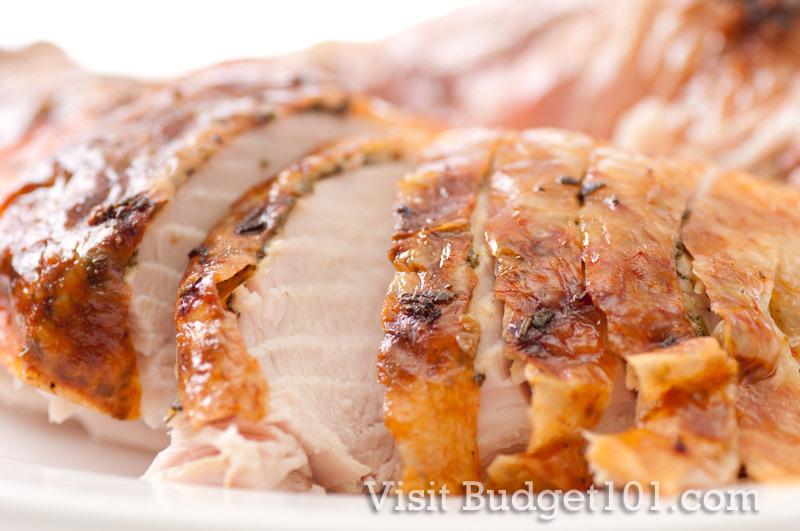 The best part about using this method to carve the turkey is that there is virtually no waste left on the carcass and no need to spend 30 or 40 minutes picking over the bones in order to salvage meat for sandwiches and leftovers.