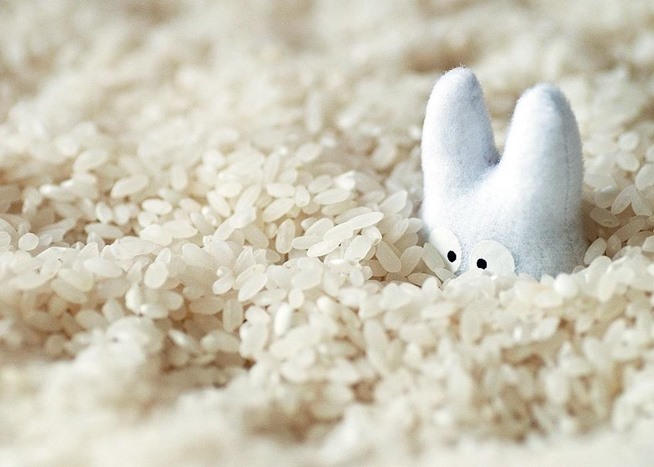 We all know that HOW you cook something affects the health benefits, for example, frying is generally frowned upon in the health industry… but did you know that cooking methods can actually reduce calories? Here’s how..

White rice is a staple in many homes because it’s dirt cheap, plentiful, filling and tasty too! Unfortunately, it also lacks nutritious qualities and has a relatively high calorie count. It’s possible to cut the calorie count to about Half, just by the method you use to cook it.

You’re probably thinking what I initially thought, well of course, if you steam it, it preserves nutrients, but like me, you’d be wrong.

Recently Sri Lankan researchers add 3% of the rices weight in Coconut oil to the boiling water just prior to adding the rice. Once the rice was cooked, they allowed it to cool in the fridge overnight (for about 12 hours). This simple act of cooking the rice in coconut oil actually reduced the calories by just shy of 50%.

While the entire process is fairly complex, here’s gist of how it reduces calories- Coconut oil is a lipid which changes the actual structure of the rice, reducing the digestible starch. Digestible starches break down quickly the our digestive system, turning almost immediately into glucose then glycogen. If the energy (glycogen) is produced and we don’t burn it off via exercise, etc, then this in turn is stored by the body, resulting in excess unwanted fat.

However, by altering the cooking method and cooking the rice in coconut oil, the rice is transformed into a resistant starch which takes considerably longer for the body to break down during digestion. Since very little of it is then converted to glucose ( and eventually glycogen), it means that our bodies process considerably fewer calories from the same amount of rice.

This study could greatly impact those with diabetes as well, opening new dietary doors once thought to be closed forever.

You can read more about this study at the Washington Post.
Image by Ray_from_LA/Flickr