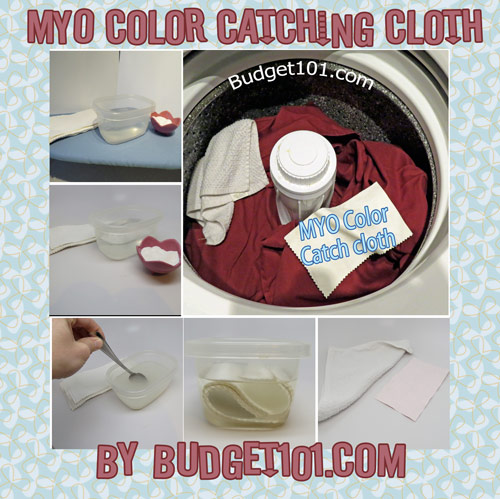 If you’re the one that does the majority of laundry in your home, chances are that somewhere along the way you’ve learned that you must sort the dirty clothing prior to washing, whites in one pile, vibrant colors in a another and darks in yet a third. But, what happens if you happen to have a little extra “help” one week and not everyone in your house is on board with laundry sorting? Well, I tell you exactly what happens and how you can prevent it from ever happening again . . .

When I was a kid it was often my job to help around the house and one chore that I hated fervently was doing the laundry. I can’t recall exactly what the circumstances of the day were, but to cut right to the chase, I was told to get the laundry caught up and apparently there was something else more important going on in my world. So I threw my parents white socks, undergarments and a set of new white sheets into the machine and neglected to notice the bright red washcloth that tagged along with it. I, having washed many a load of laundry in my day, washed the white clothing in the hottest setting possible and when they were done and I opened that machine, I discovered something horrifying. My parents new White Sheets, my moms socks and my Dad’s Unmentionables were now a not so lovely shade of PINK. A miserable shade of pink… a terrifying shade of pink… A “How the hell am I going to explain myself” shade of Pink.

Alas, that was not the first, nor the last time I made that mistake. In fact over the years, My poor dad donned many a pair of pink briefs.

These days this isn’t really an issue due to some lovely little sheets of specialized fabric (containing god knows what chemicals!) that “catch” the colors that bleed and would normally turn the clothes around them a nasty color.
Unfortunately, at around $4 for a box of 24 they run about .17¢ each. Now, it’s not that I’m not “willing” per say to shell out seventeen cents per load of laundry in addition to paying for laundry soap, water and the electricity to run the machines BUT… I don’t particular care for the fact that the company injects them with “fragrance” and doesn’t list the REAL ingredients. Oh, they’ll happily disclose what’s NOT in their catchers, but… for those of us that break out in hives when someone wafts a dryer sheet nearby, they wont even consider listing the actual ingredients.

Why all the secrecy? Afraid some Housewife is going to find out that they’re little more than Soda Ash soaked rags? *Whoops* Did I just let the cat out of the bag??

Here’s how you can make your own “miraculous” color catching rags for little to nothing. These color snagging marvels are made of soda ash, which is the exact same thing as Sodium Carbonate- which is Arm &Hammer Washing Soda.

If you don’t happen to have a clothesline (indoor or out) you can string a short clothesline in your bathtub by tying yarn on 3M hooks. (They don’t seem to work nearly as well if you dry them in the dryer before using them, so be sure to hang them to dry.

I prefer the felt because it’s hardy and hold lots of the soda ash, but you could cut up an old cotton sheet because Soda Ash (aka washing soda) + Cotton = Pretty clothes every time.

Now, for the colorfast test… here’s my White Washcloth with a Brand New RED washcloth and a homemade Color Catching Marvel . . . 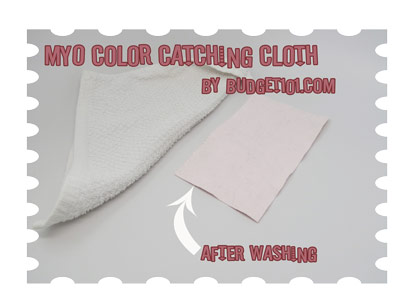