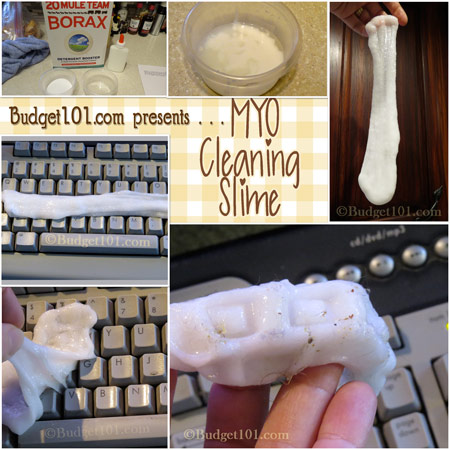 Make your own awesome DIY cleaning slime! This easy cleaning slime recipe is useful to clean out the nastiest of hard to reach areas including keyboards (between the keys), car vents, and more!

Clean those hard to reach places with this fabulous homemade cleaning slime recipe! This simple recipe catches dirt and grime from hard to reach areas such as keyboards, mobile phones, printers, and vents. It dries out quickly, so be sure to store it in a sealed container. 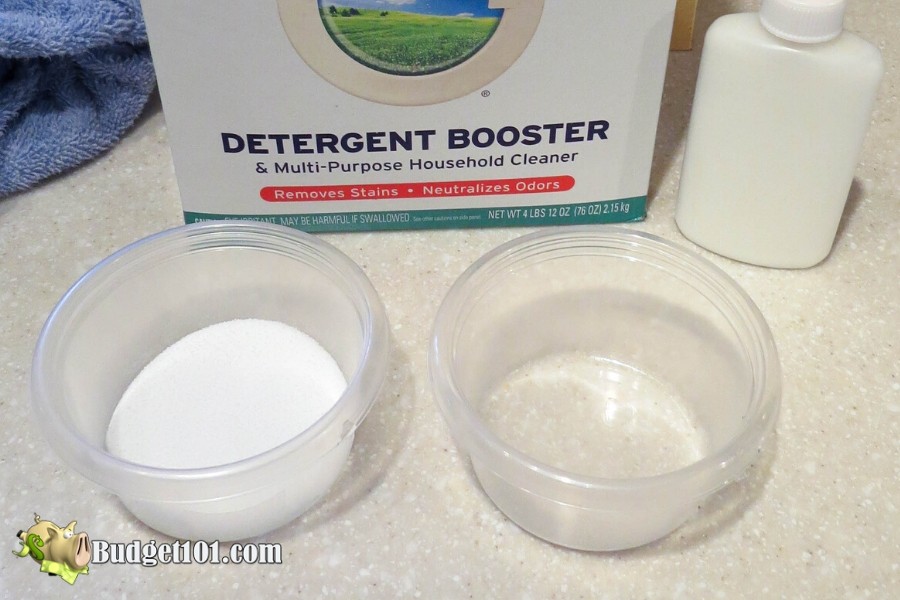 A quick note about the ingredients- Borax is a laundry booster and can be found in the detergent aisle of most major grocery stores. 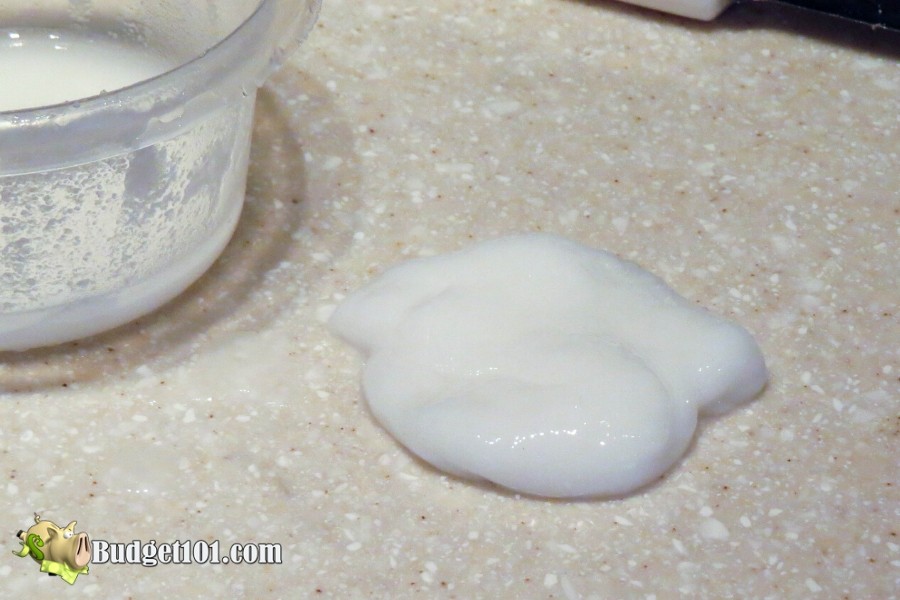 Combine the ingredients from both bowls and immediately stir well, creating awesome cleaning slime. If you want colored slime,  add a drop or two of food coloring to the water in the “glue” dish prior to mixing.

Play with the slime until it’s no longer wet, You don’t want it to be dripping, you want it just to feel “damp.”  This process is excellent for the kids, let them handle it with clean, dry hands until it no longer feels gritty and is nice and smooth and very lightly damp. At this point, if you place it on a piece of paper for about 10 seconds, it won’t leave a spot or residue.

To use, apply it to your keyboard or vents, then gently pull off.

The texture of cleaning slime is slightly tacky, but not sticky. The slime can be formed into a ball in the palms of your hand and doesn’t “melt” like kids playing slime.

What to Clean with Homemade Cleaning Slime

Aside from being excellent for cleaning the hard to reach areas between the keys of your computer keyboards, this slime is handy for lots of nooks and crannies. Use it to remove the gunk that accumulates on the underside of your computer mouse. If you have an older mouse, use the cleaning slime to clean the ball of the mouse as well. 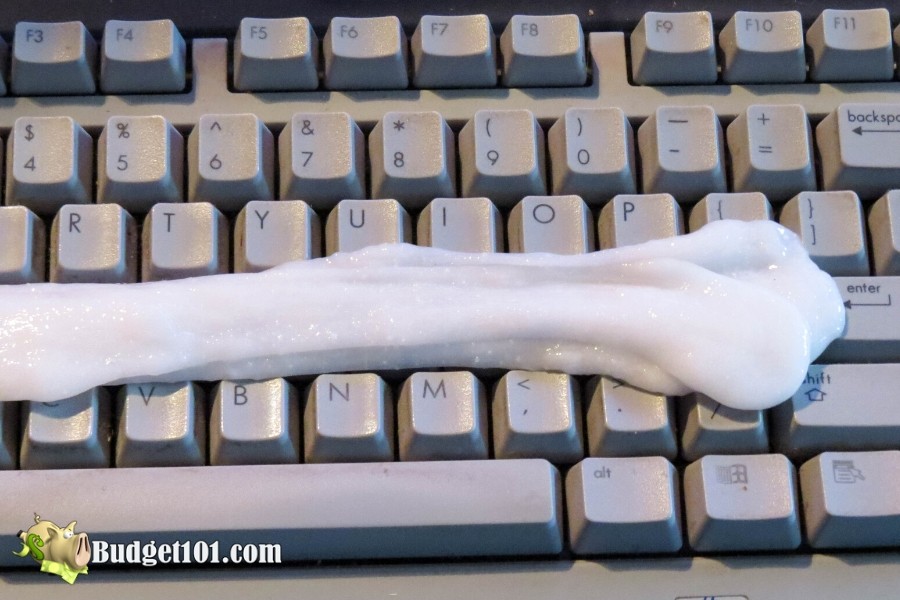 The slime works amazingly well at pulling grime from surfaces. You can see from the photo above that the keyboard doesn’t look all that dirty. However, when we pull back the slime you can see the nasty debris that has made its way between the keys. Crumbs, pet hair, people hair, dust, you name it! 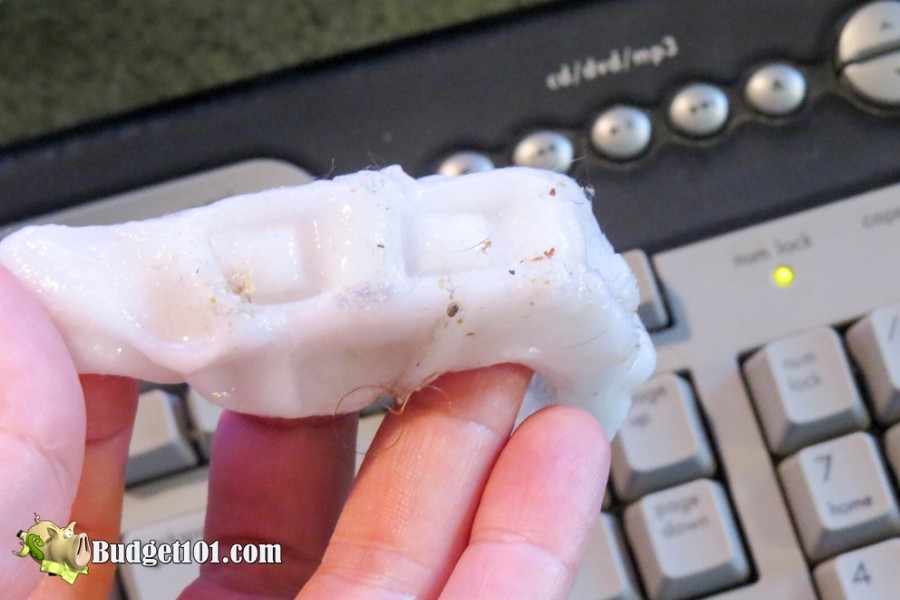 DIY Cleaning slime is perfect for hard to reach areas such as the corners of vehicles console, as well as the air vents.

We’ve used it to clean the junk out of the charging ports of various electronics, including my phone. In my experience, the slime is particularly handy if you accidentally drop your phone in the sand or dirt. It pulls the debris gently from the ports.

Remove dust and dirt that has accumulated on your Blu-ray players, DVR, and stereo systems where you wouldn’t necessarily want to vacuum. These items can overheat when dust accumulates and reduces the airflow needed for keeping the unit running smoothly.

The Science behind the Cleaning Slime